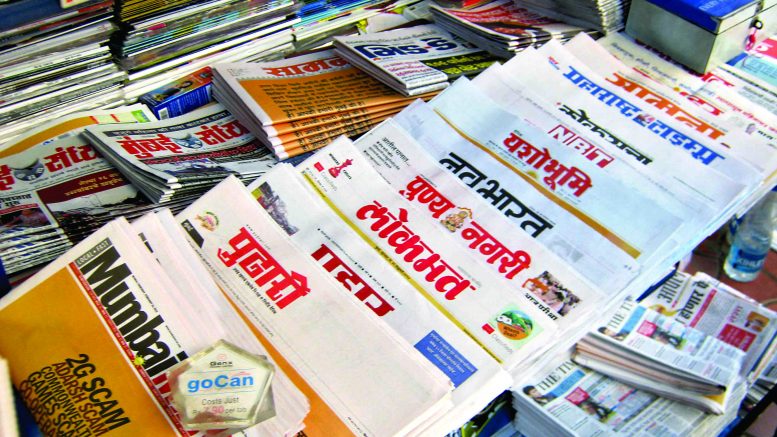 As we gear up for the 7th edition of PRAXIS – the world’s largest gathering of PR and Corporate Communications professionals, I am reminded of a keynote given at the 5th edition in Aamby Valley, by Alok Sanwal (COO and Editor – Dainik Jagran, iNext) on The Transformation of Print Media and Readers of Middle India. He presented to a room full of over 500 PR and communications professionals, a very meticulous report on how print in India, counter-intuitively, is not only alive but thriving, thanks to a large extent to middle India or regional media. But indeed this is a fact especially in politics – regional media is way more powerful than mainstream media in priming and framing of issues and shaping public opinion.

The variety of languages is the main reason that gives regional media its weight. Besides 23 official languages, India is home to 122 major languages (spoken by more than 10,000 people) and 1599 “other languages”. And hard to estimate the number of dialects. I doubt there is another country where languages and dialects change in a matter of a few hundred kilometres in nearly every direction. And those changes happen alongside often subtle but significant differences in cultural nuances as well. The combination of these two crucial aspects of communications and information – language and cultural nuances is also a significant driver of media’s effectiveness in speaking with their locale.

Just as important as how we speak is what we speak about. Most major election issues debated at a national level are likely to percolate down to discussions in towns and villages as well. Often, that is the idea to create waves around an issue. However, they manifest differently at those levels – corruption happens in a different ways in towns compared to cities; a businessman in a Jalandhar doesn’t care as much about the CWG corruption scandal as the systemic corruption he faces in the police and bureaucracy in his town. The state of and expectations from infrastructure in Kozhikode is different than what it is in New Delhi.

Naturally it’s a lot harder to establish and nurture regional media relationships. Its “labour intensive” as compared to building an asset with national media. Significant investments must be made into people who understand local not only that language- culture combo, but are effective at navigating the nuances of media engagement as well.

Political outfits that are able to factor in this unique importance of regional media will benefit incrementally. Those who park all their eggs in the basket of mainstream media will have an incredibly low return on investment. Another issue common with politicians, a by-product of narcissism perhaps, is the want to be visible in high spotlight, and not necessarily in the places which are likely to benefit them. Several of them still gravitate towards political bureaus stationed in New Delhi rather than those within their constituent towns. Despite an increasing urbanisation, the value of grassroots leaders who connect with their constituents at very local levels is still incredibly high. And the leaders who acknowledge and harness this power have an unparalleled advantage.

What do you think – Is regional media is more or less influential than mainstream media when it comes to political opinions? Let us know in the comments below or on Twitter @RepTodayMag and @HemantGaule

In Conversation with Jaideep Shergill