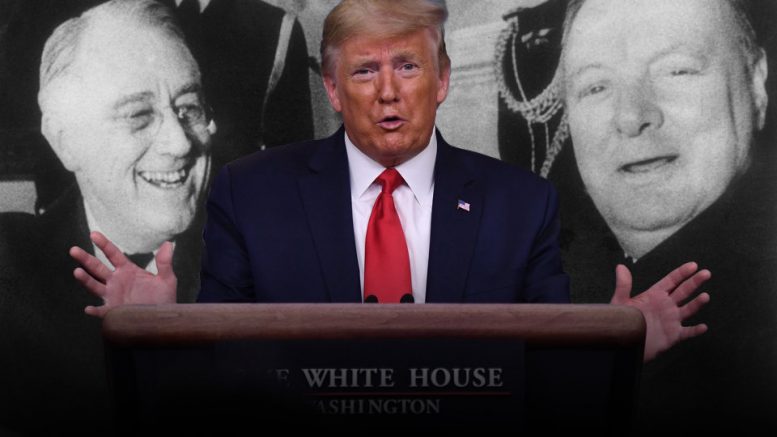 I remember watching the second presidential debate between Hillary Clinton and Donald Trump in 2016 October. A few days before the debate, an audio tape of Trump’s lewd remarks about women had been leaked and he was in a tough situation. I was expecting (like most people) that Hillary would tear him apart during the debate. However, what transpired was a very different story. Trump clearly dominated the one and a half hour session! He was extremely aggressive from the start. Trump called Clinton a liar, interrupted her time and again, threatened to put her in jail if he came to power, destroyed her credibility by attacking every decision she had ever made and by finding fault in every action she had ever taken. By the end of the debate, I was somehow convinced that there was something fishy and Clinton was not trustworthy! As rest, as they say, is history!

If you do get the time to watch the recording of the debate, do see the five minutes, from 20:00 to 25:00 minutes, and I guarantee that you would be tempted to watch the entire thing. Given below are two instances from that recording, where Trump alluded that Clinton deserves a jail sentence.

CLINTON: …….Last time at the first debate, we had millions of people fact checking, so I expect we’ll have millions more fact checking, because, you know, it is — it’s just awfully good that someone with the temperament of Donald Trump is not in charge of the law in our country.

TRUMP: Because you’d be in jail.

TRUMP: If you did that in the private sector, you’d be put in jail, let alone after getting a subpoena from the United States Congress.

Trump was very direct and did not mince any words.

And that brings me to a very important question! Why is it that in the last few years, we have seen the meteoric rise of D-type political leaders such as President Donald Trump, Prime Minister Narendra Modi, and President‎ ‎Vladimir Putin, who are Dominating, Demanding, Direct and Decisive?

Though dominant leaders have many strong points such as their decisiveness and their ability to get things done in a timely manner, there are definitely several shortcomings as well. These include not being a team player, being blunt/rude, narcissist behavior, etc.  However, despite these negatives, they have been given mandates by the citizens of their respective countries. I am sure most of you can remember one or two instances from your student life – every school had a bunch of rude and dominant boys, who were apparently disliked, but they were also the most popular gang. Secretly, most of the other boys, wanted to be in their good books.

When the environment is relatively stable and the going is good, people tend to choose leaders who are nice, warm, and efficient. They want their leaders to be compassionate, sophisticated, fair and be respectful – basically be a statesman (think of Barack Obama!). That’s what civilized countries and evolved people look for. Correct! If that is correct, then how is it that they are choosing leaders who are complete opposites?

The above assumption holds true when everything is going fine and it is peace time. In the epic movie, The Godfather, Michael Corleone removes Tom Hagen as his consigliere, much to the latter’s disappointment. A dejected Hagen asks, “Mike, why am I out?” Michael responds to him, “You’re not a wartime consigliere”.

The last decade or so has seen the world move from being a stable place to a V.U.C.A world – Volatile, Uncertain, Complex and Ambiguous. During uncertain times, people want leaders who are decisive and can take quick and tough decisions. If we look at the evolution of human beings, it was usually the dominant and aggressive human, who used to be the leader of the pack. This is hardwired into our brains. During tough times, people want to be led by confident leaders who seem to know what they are doing and can lead them out of troubled waters.

Imagine yourself being trapped in a cave where the water is rising fast and everyone is panicking. In such a situation, would you choose a leader who is articulate and caring? Or would you rather follow a well-built, confident person who seems to have a plan and is shouting orders, telling people what to do. Of course, when you are panicking your gut takes over and you want to follow a dominant leader. The more dominant, demanding, direct and decisive, the better! You have a brain freeze and you want the comfort of knowing that some quick and decisive action will be taken to resolve the situation. You are willing to overlook the negative aspects as that’s not the primary concern.

Instead, the more aggressive the leader is, the more secure the followers feel. In some sense, they are replacing ‘competence’ with ‘dominance’ in their minds. However, that’s what evolution has hardwired in our brains. In these challenging times, like Michael Corleone, we are all looking for wartime consiglieres!

What are your new essentials?