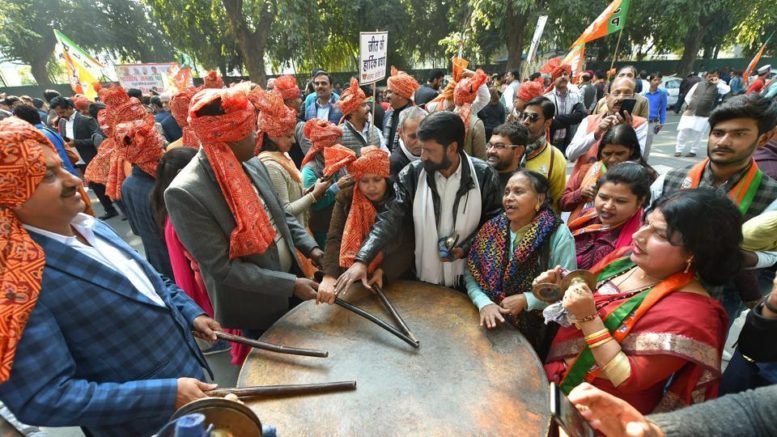 I am willing to bet that in the last few weeks, at least one of your contacts has proudly hurled this joke towards you on WhatsApp:

The problem with this joke, besides that it has been circulated to death, is that seems to indicate that the GST narrative was significant in voters’ decision making in the recent Gujarat Assembly elections. It also represents an error that political communicators often make – in selecting and prioritising the narratives they would like to believe are important; rather than those that are genuinely consequential “on ground”. In a self-fulfilling prophetic way, this narrative was fed to media and its amplified echo misunderstood for affirmation.

After five terms of the BJP government, anti-incumbency was natural, but its constituents were misinterpreted. For instance, Tushar Panchal, Founder of WarRoom Strategies, felt that there were several facets to it – the void left by Narendra Modi’s departure to New Delhi was not filled by a credible enough leader; followed by an instability in governance at Gujarat CMO. There was a general feeling that Gujarat was “taken for granted”. Independent political communications consultant Anup Sharma says that voters, at the core, felt that GST introduction was good, regardless of their disapproval expressed on social media. Additionally, the BJP could not sense and counter the impacts of the Patidar movement and the Dalit unrest.

A few of these aspects could have been detected early. Because of the media echo, it may not always be the most reliable source of gathering intelligence for situation analyses. There’s no better alternative to a well-designed and administered dip stick.

The key to this is accurate sampling, especially important for political surveys which are vulnerable to bias.

There are many evidences of the narrative of GST being less important than it was assumed to be. For instance, constituencies most impacted by GST and demonetisation are where BJP won “bigly”. So that narrative could not create a difference. There was however a significant course-correction done by INC which paid off. Tushar Panchal points out that INC decided not to attack Modi as their main campaign strategy; as “he can turn such attacks to his advantage”. One could call it a fairly mature political communications strategy.

Flexibility to calibrate narratives midway is as important as choosing the right ones to begin with.

As they say in the game of poker – do not get married to your cards; be willing to let it go if the situation calls for it.

NOTA played a particularly fascinating role in these elections. There were 16 constituencies where number of votes polled for None of The Above was greater than the BJP’s losing margin. In all, over 5 Lakh votes were cast towards NOTA. The reasons for such record high preference for NOTA probably links to anti-incumbency. Perhaps voters did not want BJP but could not vote for INC (or alternatives) either (which would imply that these were voters who have voted in at least the last few elections)

With NOTA, campaigners have potentially two options to canvass for, and can target their communications accordingly.

It seems that the Pappu jokes around Rahul Gandhi are done and dusted (as Barkha Dutt also points out in her opinion on HT) and probably should be retired. Gandhi seems to have metamorphosed from the Pappu persona to a more credible one. The persistence, experimentation and calibration seems to be finally paying off.  He has become increasingly open online and otherwise, and any gaffes only make him more human (than Modi, for example).

If you’re susceptible to gaffes, it might be better to use social media and print more often than live unscripted appearances.

(Related: How To Handle Media Interviews)

It’s common for politicians to make gestures to appease groups and bridge a cultural, ideological or religious gap, or to show respect to the history or leaders of a peoples. Not to mention it creates pretty standard photo opportunities as well. We saw some more of it during these elections. While Modi could use local narrative, Gandhi compensated for his handicap – being an “outsider” to the state of Gujarat, by visiting 25 temples among other acts.

Anup Sharma raises a caveat here –“It is a double edged sword, nothing can be left to chance” as a misstep can get blown out of proportion, and end up with time wasted of spokespersons in (non)issue firefighting.

Given the sensitivity of such symbolism, pilot tests in small, controlled environments can help understand contingencies and return on risks.

Can you think of any other insight that communicators can learn from how these campaigns were run? Let me know in the comments below or on twitter @HemantGaule.

This is the first post in my column State Craft, where I will write about ideas on political communications, public affairs and associated topics. I hope you’ll enjoy reading these.

The coming of age of Healthcare PR