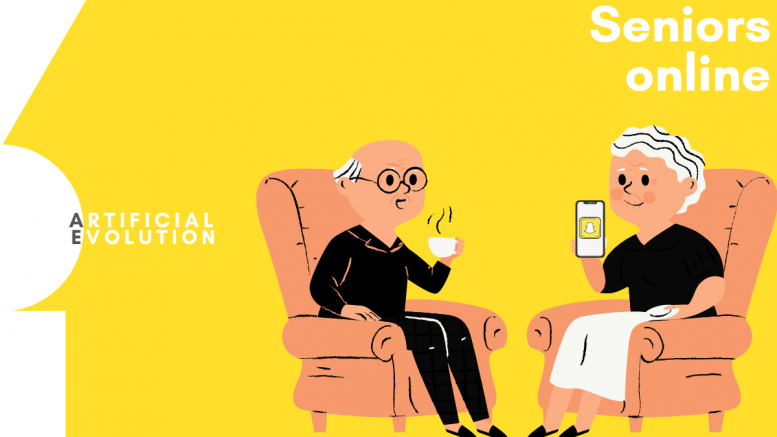 By now, internet addiction particularly amongst the millennials is a fact well known and extensively scowled upon. There are several worrisome research papers and studies dedicated to revealing the scope and depth of its impact on our physical and mental health alike – with a particular focus on the latter. In fact, it isn’t an exaggeration that gen z is on the threshold of the worst mental health crisis in decades. However, while the younger generation more readily admits to spending unhealthy amounts of time on smartphones (albeit dismissively or followed by ‘fine. oh my god, leave me alone’ ), there is one generation that finds it rather difficult to accept their addiction – boome…. Uh… seniors.

The Young and the Old are Sailing in the Same Boat

We have all heard our parents or our grandparents complain about the long hours that the “young” spend staring at their phones. Comments such as “what business are you running there?” or “that phone has made you lazy” are commonly heard in every household.

However, if you have taken a moment away from your phone, you will realise that your mother might be spending a lot of time on that YouTube cooking channel – not preparing half of what she watches, or your pops may be discovering the right-winger side of political discourse where deepfakes and jokes on the opposition are prolific.

But this is not where the story ends. It is not an uncommon sighting to find a grandparent (the generation that claims to be least affected by the smartphone boom) sitting cross-legged on the sofa with their glasses balanced on the tip of their nose, staring intently into the screen and forwarding WhatsApp messages and unlocking level 42069th level of CandyCrush. Now while this might seem harmless to an unobservant onlooker, it comes with certain real-life implications.

It is fascinating to observe the journey of smartphone acceptance amongst the older generation: from complaining about not knowing how anything works on the device, to being annoyed when someone asks them to put it away. As the initial hesitation and awkwardness with the technology wore off, their usage was gradually guided by their liking to the multifarious tasks it could accomplish. Here are some reasons for these swayed preferences: –

In addition to the aforementioned, the autonomy, relatedness, and the utility of the smartphone were some other reasons identified for the growing cell phone usage amongst the elderly.

For starters, it comes from the denial of a problem. And there is undoubtedly a problem that is evident beyond simple observation. Even senior healthcare centres now speak about providing solutions to the cell phone addiction of the older generation. This growing use of cell phone in seniors that is fuelling an addiction is resulting in a change of life experiences and unfortunately, it’s not all positive:

In closing, I would like to say that simply even admitting that there is a problem is the battle half won. And much to our relief, several solutions help you overcome your smartphone addiction. Identifying your triggers be it the “ding” of notification or the next level of candy crush that draws you to the cell phone can be marked off as the very reasons to stay away from them.

SPECTRA Plus 2021: Future of Communication in South Asia