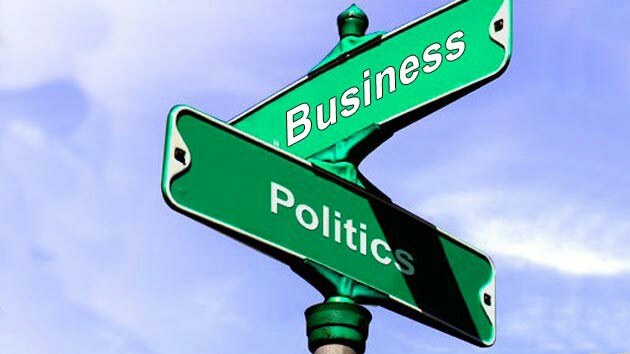 While Governments form policies and lawmakers do their bit towards nation-building, one can often see substantial gaps in how they go about creating, developing and implementing these policies. There are often beliefs that many corporate lobbies and special interests support the political process of a country. And when the governments come into power such corporate groups are considered to be their favorites, where policies are tweaked to deliver some advantage to them.

While political parties, especially the opposition ones keep asking questions to the Governments’ initiatives, businesses are often seen to align with the rulers. A common observation has been that most businesses appreciate, highlight, praise, and often amplify the good work being done by their governments. On one hand this helps keep them in good books of the ruling parties, and on another hand allows them to build a good among their customers.

Today, most consumers are well-read, well-exposed, and are well-aware about the social and political environment, that they are a part of. They expect the brands to make more and more meaningful contribution into the social issues, including nation-building. If the businesses are aligned with righteous causes led by governments, if they are supportive to constructive initiatives, if they contribute to the nation-building activities, and if they take interest in doing what is good for the society, then they end up creating a strong goodwill among their customer base.

Sometimes, governments’ actions may not be in the interests of people at large, some policies and their benefits might be skewed towards specific sections in the society while depriving many others, sometimes governments might lack a vision in implementing some programmes, and sometime they might be just failing in the delivery of their electoral promises for that matter. Should the businesses take stances in such cases, remains a million-dollar question?

While taking a pro-government stance always may not give large benefits to the businesses, any stance that is against the government might result into some damage, even if it is for a short-term. Businesses remaining happy and focused on their activity and not taking a stance or taking a negative stance on political issues can also have its repercussions. While businesses can choose to remain in good books of certain political ideologies, what is most crucial for them to survive and thrive in the long-term is their ability to remain in consumers’ minds.

Of course, brands need to plan, evaluate, anticipate and expect the outcomes of any political stance much in advance. However, while taking such a stance, corporates should take such decisions keeping in mind a larger view of existing environment of the contemporary society and nation. While businesses may get impacted by the government policies, their political stance towards any issues should be in line with a larger social good.

Political parties often come and go in power, but the brands remain in the minds of consumers. Corporates, when aligned with the social good have a greater mindshare among their consumers, enjoy better goodwill and stand a chance to grow faster, irrespective of the political processes of any country.