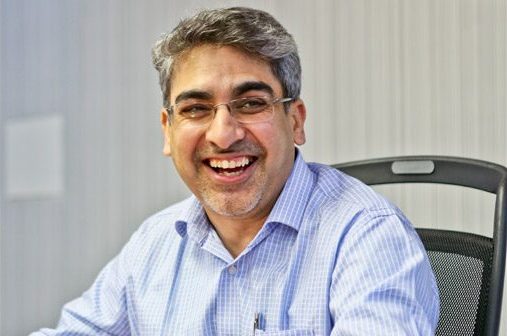 As I begin the fifth year of writing this weekly column (yes, I have written over 200 columns in as many weeks across two portals) there is no better way to do it than by writing about someone who has climbed the ladder of achievement from being a young Public Relations consultant to being the top boss at a global auto major in India – in a span of twenty years.

The common question one hears at communications conferences is ‘when will Public Relations get a seat on the table?’. While the question has become stale, the easiest answer, which is rarely heard, is that the CEO of every company is the principal PR person. And that becomes difficult to fathom for traditional in-house communicators. Well, what becomes sweet music to the ears is to hear of Public Relation professionals evolving to become the CEO of a corporation. There have been several examples of this in the west. The most recent was when Beth Comstock was elevated to Vice Chairperson of GE. In India, this is rare. So with the news of a former PR professional being elevated to the position of Managing Director of a Fortune 10 company, succeeding an expat there is reason to cheer and celebrate.

This well-mannered boy was born in the early 70s and did his schooling at the Smt. Sulochanadevi Singhania School, Thane. He then went on to do his engineering at the NYSS College of Engineering in Nagpur which is now named after Rajiv Gandhi. His first job was at Genesis Public Relations in 1996 where he spent close to four years in his first stint. After a short break, he spent another two years during which time I had visited the Bangalore office as placement manager of my institute and had a brief meeting with him. He then moved jobs to spend four years and three years respectively at Accenture in Marketing Communications and later at WNS Global Services in Corporate Marketing. He was Vice President at both these organisations.

In October 2010 he moved to Ford as Vice President – Marketing and in the last seven years there has been no turning back. He drove the launch of Ford’s superhit EcoSport among others. When his predecessor was transferred to China last summer he was Executive Director of Sales, Marketing and Service. He was then made interim MD for the company in India.

But the icing on the cake was the news which was announced last week that the Fortune 10 company has elevated Anurag Mehrotra as Managing Director of Ford India. This is a big deal for a variety of reasons. This is the coming of age moment for Indian Public Relations. This is the answer to all those boring questions about seat at the table being asked at conferences. PRAXIS has banned this question.

Well, to the communications community at large this is a news of rejoicing and we hope to see more such professionals who spent time at PR firms rise to head large companies. I’m sure the road for Anurag would not have been easy. He is not an MBA and not an engineering graduate from an IIT or a REC. He is a Genesis product just like you or I are a product of a PR consultancy. He spent over three years in his first job. He did two stints. He moved to marketing strategically. He stayed the course, kept the faith and went further.

Here’s wishing Mr Mehrotra a great innings and hopefully a larger global role in the near future. To me he is the CEO of the year and we hope as a community of communicators we can felicitate him in due course.

Brands beyond the logo: Part 4 – Brands and flavours

Communicate with your stakeholders. It is now or never!