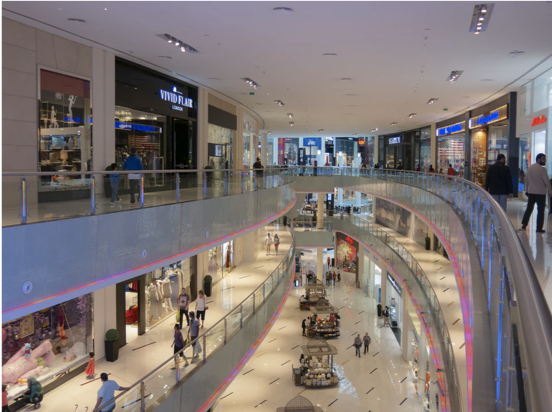 Some of you who read my last column thought they will get a nail-biting finish in this column.

Some also thought that the last column was being penned from Goa (where I currently am, and where this column was written)

Because, everything was not that bad in Dubai.

There, my Boss, the Chairman of the world’s largest distributor of the brand which was the global leader in consumer electronics, was an uncrowned king.

For those of you who may not be knowing this, Dubai was the place where American troops serving in the Gulf, were sent for their R&R (rest and recreation). And for this reason, an international community soon emerged there.

Not just that, plenty of folks bought electronics from our stores, and this was the source of the funds which the group could generate.

The big bang, however, was the first edition of the now renowned Dubai Shopping Festival.

The primary sponsor and presenter of this festival was my company, and that was largely on account of the close ties our Chairman maintained with the powers that were, in Dubai.

The announcement of us being the presenting sponsor became news worldwide, including in India.

It didn’t just help to stop the negative media, but also generated a huge amount of positive coverage, both in the UAE and India.

Pretty soon, we started getting a huge number of requests from Indian media for an invitation to the inauguration ceremony, as well as a request for interviews with our Chairman.

This is where the Chairman surprised me again….

I suggested that he does interviews with those who were neutral towards him, but no. He was having none of it.

He actually granted interviews to those who had written the most critical articles about him.

After all, the inauguration was going to be his moment of glory, standing next to the ruler of the UAE, and declaring the ‘largest-of-it’s-kind-festival-in-the-world’, open.

Indian media started arriving and were met by a fleet of limousines organized by us to take them to their respective hotels. I must mention here, that thanks to the suggestions of a few of us executives, the media were paying for their own stay.

More than 40 media from India were given passes to the VIP Box, and they just loved the inauguration!

Next day, we had booked a suite where we were doing the one on ones with 21 Indian media, followed by a press conference and cocktail reception. The day began at 8am and ended well past midnight.

The interviews went off well, and the Chairman was at his charming best.

After the last instance, there were no elaborate gifts given, but during the one on ones and the press conference that followed, he narrated a very gripping story…of how he had risen from Lamington Road in Mumbai, come to Dubai to realize his dream and had made 3 visits to the HQ of the Japanese electronics major, before he was even allowed into their office to meet a junior executive. A year later, thanks to his persistence, and putting his money where his mouth was, he managed to become the sole distributor for the electronics giant for the region.

And the way he narrated it had all the makings of a classic rags to riches story, which it actually was.

The media loved it, as they did the hospitality, and the results were not surprising at all.

An amazing amount of positive coverage was published, once the journalists had returned to India, and filed their reports.

Those were the days, when there was no emphasis on key message documents, or media briefing notes, media profiles etc, but 3 days before the interactions, the Chairman had just said, ‘I will stick to one key message’. He did this and the results were remarkable. It taught me a lot, more so since I was a rookie when it came to PR.

The entire festival was hugely successful. Our company broke all previous sales records and each of us was handsomely rewarded as well. For me, however, the learnings were plentiful.

The joy of working

Ageless Communication Insights from ‘Inside Out’

17 observations about PRAXIS as we plan the sixth edition