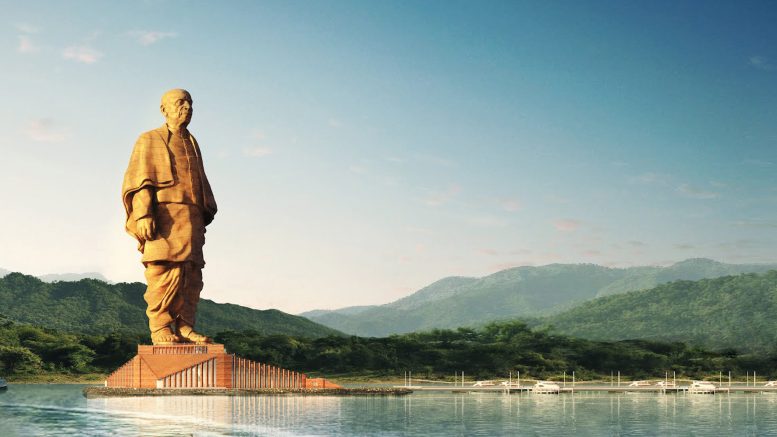 Less than a week from now, the world’s largest statue – Statue of Unity, will be unveiled in Narmada, Gujarat. The statue standing at 182 meters tall is of Sardar Vallabhbhai Patel, known as the Iron Man of India and the Architect of modern united India. He accomplished the unimaginable task of integrating over 550 princely states into the Indian union after our independence and partition, giving India its present identity. What was remarkable was that it took him less than two and half years to do it, where others thought the task would take at least 15 years 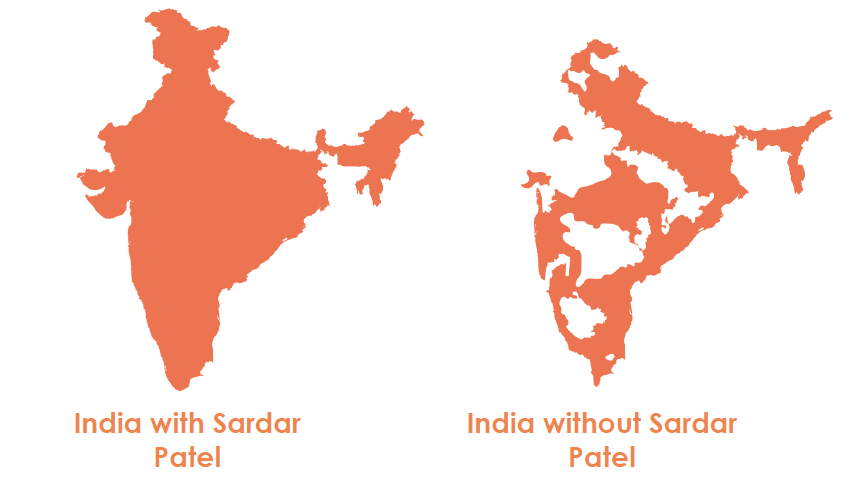 Before being handed this mammoth task, Sardar Patel was also known as the Farmer’s Leader – he organised several farmer Satyagrahas. Most famous example was the Bardoli Satyagraha of 1928, where he mobilised over 3,00,000 people and collected ₹ 15,00,000 for the cause of India’s independence. He was also an exemplary freedom fighter, crucial to the Non-Cooperation Movement and Quit India Movement. His contribution post-independence stretches to intuitional foundations (he was instrumental to establishing modern Indian civil services) and strategic and visionary inputs (on Kashmir and China). Hindol Sengupta has captured the essence, depth and influence of his work wonderfully in his latest book – The Man Who Saved India.

Sardar Patel passed away a few months after India became a republic, and nearly 70 years after his death it is surprising that not many of us grow up learning about his contribution to “making” India. With 30 states, 23 official languages, 122 major languages and 1599 “other languages” India is arguably one of the most diverse countries to call themselves a Union.

This was just as nearly impossible to fathom in 1947, as it is today. Most princely states and territories were happy to self-govern, without acknowledging the risk that a fragmented nation was more susceptible to further invasions, occupations, ravaging and imperialism. And it is as crucial to progress today, as it was to mere existence back then.

This is the central idea behind the statue and the movement that preceded its construction – To reignite the idea of unity – Ek Bharat Shreshtha Bharat – A united India is a prosperous India.

The Statue would be a perennial reminder about Sardar Patel, his contribution to the nation and his values. To bring together the entire country, just like Sardar did to unite India.

A special-purpose vehicle was set up by Government of Gujarat – Sardar Vallabhbhai Patel Rashtriya Ekta Trust (SVPRET) to oversee construction and mobilisation. The project cost was to the tune of ₹2200 crore and would take 42 months for completion and most of the money was raised through public contribution. The statue houses a research & academic centre and a high-tech museum.

Naturally constructing a large monument in the corner of a country does not resonate with millions of Indians scattered across the country. There had to be a movement, a tangible way to connect many Indians to the monument, through some common idea or action. The Statue of Unity Movement was thus devised to connect all facets of the concept – The Iron Man of India, the Farmers’ Leader, who Unified India.

Part II of this post will detail how the movement was planned and executed, with lessons for reputation managers on how to unify many complex ideas into one.

What is campaign myopia, and how to avoid it?

Illusions of the mind