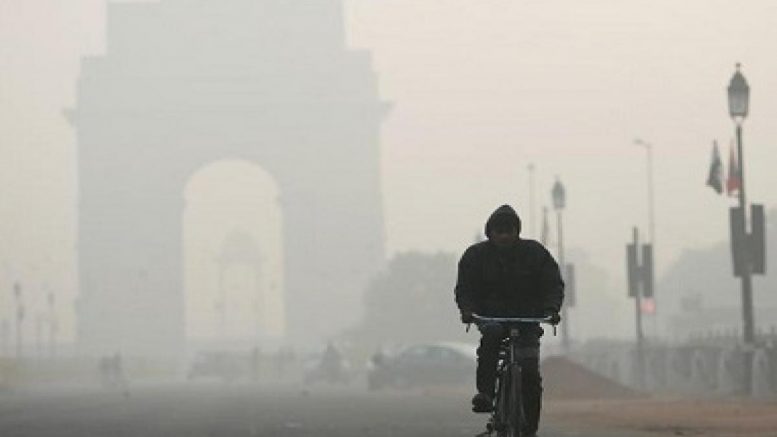 I am writing this in Delhi, where the topic in the air is, well, air. The choking of the National Capital Region by toxic fumes of burnt crop residue is obviously a big story as Delhi acquired for a while the dubious distinction of the world’s most polluted city. While I see a lot of hard work by journalists covering the issue, I do see on the face of it a lot of what I call editorial bureaucracy. Let me explain, though I must say I wish I had the time to do thorough research to get an idea of how various news organisations have covered the issue.

As the air in the metropolis got worse from burnt crop residue polluting the air from Haryana and Punjab, it obviously became an inter-state issue of various ramifications.  The issue is essentially one that involves at least four state governments (Haryana, Punjab, Delhi and Uttar Pradesh), at least three ministries (agriculture, health, environment) and plenty of other bodies (NGOs, traffic police, scientific research organisations). It even has a business angle, from productivity loss due to sick or absent workers to the sale of gas masks, medicines and agricultural machinery.

Take a deep breath (the perfect metaphor for an air story). The number of stories and “angles” to cover this theme are such that an ideal newsroom head would put various teams or individuals to work. I have seen some good coverage in newspapers and the Web, but not sure if they touch all angles in the best possible way.

As I researched to write a piece on the issue, I wrote about a Rs 1,150-crore action plan approved by the Union cabinet in 2018 to buy machines to help farmers manage their residue. But I could only see a Supreme Court report on the government informing judges of the plan. I could not spot any meaningful coverage from any of the Union ministries. I later saw the Punjab government say something about this. But I am still not wiser on what happened on the ground in terms of deploying pollution control machines in the 18 months since the plan was approved.

A PR person from Thysenkrupp informed me her company makes machinery to generate green energy. But I could not notice any significant business coverage on the issue. There is a technology, finance, business and policy approach to covering this theme.

On the other hand, city reporters were actively covering the issue, in a manner they know best: talking to local authorities, citizens and research agencies.

Here’s where I believe the newsroom bureaucracy fails viewers and readers. Why should the coverage substantially be from city bureaux when the issue is actually bigger and more national in character?

On major issues, it  has to be teamwork all the way. However, both individualism among reporters and focus on beats rather than themes tend to breed a bureaucratic approach in newsrooms.

Beats exist for stories. Stories do not exist for beats. Yet we find journalists often imagining (with lacklustre newsroom editors/heads as accomplices) that some stories do not need stuff from other “beats” or sections. In addition, we need inspired anchoring (be it text or video) to pull it all together.  A blinkered approach to big news themes is something we have to avoid.

Great news organisations like The New York Times and Reuters rise over this to have multiple-byline stories, but Indian news organisations do not pull enough on this front. It takes extra effort and intellect to understand that processes are important and departments are vital, but “covering your base” is not good enough. This is where the better news organisations have desks that call the shots on field reporters. Somebody up there has to connect all the dots instead of lazily saying, “Kya story hai?

Be the first to comment on "Stories are more important than the beats: What Delhi pollution coverage tells us about newsroom bureaucracies"

The curious case of Mr. Transitory

Healing a scared and angry world