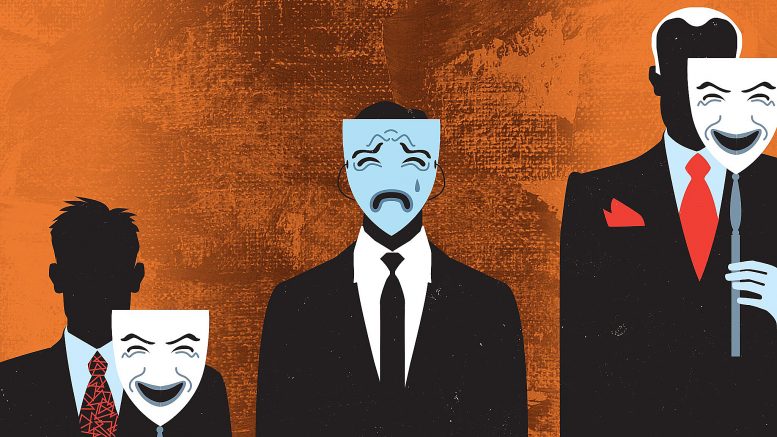 There are many roles we play in a single day depending on the situation, stage of life, circumstances, our relationships, the responsibilities we hold, our capabilities, talent, skills and capacity. But at any point in time, you can play just one role. If you are going to be a caring husband for the next 30 min, don’t try to be the frustrated office manager who didn’t get along with his boss today. You can be a father to your wife, a husband to her the next moment and a child to her the very next moment. It all depends on what role she is wanting to play – a chirpy daughter, a demanding wife or a mother to your child like innocence. Do not try to be all in one at the same time. Acknowledge the situation, be conscious of the need, and decide your role. Stay true to it. Multi-tasking is akin to lying, it is a kind of unfaithfulness. You must commit fully, 100% to the role you are playing at that moment. Once you know your role in a particular moment and a specific environment, you are going to be super-efficient and effective.

Out of all the professional roles people play, an entrepreneur’s role is the most bemusing. An entrepreneur starts with several roles but must let go of them one by one. That is the main role of an entrepreneur. To have no role left to do. His only role is to continuously replace himself by continuously replacing the roles he assumed when he started the business. This is the thing with roles. You assume them. It is a kind of simulation. It’s not really yours, yet you are supposed to do it. As long as you are the best guy to do it.

Roles shouldn’t become identities. They will limit you, they will block your progress. They will bring back the dreaded ‘I’. There is a reason why the word identity starts with the letter ‘I’. It’s aim is to confuse you into believing that you own something. How can a medium own anything? How can a track own the cars that travel on it? How can a bridge own the people that walk on it to cross the river? How can internet own the content that flows through it? How can the conductors own the electricity that flows through it? At best you can be a good conductor or one that offers a lot of resistance. Your identity is simply because something flows through you. You are at best a medium which will lose its identity if nothing chooses to flow through you. Be grateful that you are chosen. Be grateful for the medium that you are. It can be taken away any minute. You didn’t create it and you can’t destroy it. You can only take care of it. Like a custodian, like a caretaker.

Take your role seriously but don’t take it seriously. Take it seriously when you are on the job. Put in everything that you have within you. Be honest to it. But don’t become the role. Don’t assume a title. You role is temporary, therefore, the title won’t stay either. Don’t transform your role into an identity. I am an engineer is as fictitious as I cook really well. Fair enough, you accomplished some of these things. But hey, you can be an engineer who cooks really well. So, what do you want to be now? These titles and roles will keep getting added to your profile with your age. Old ones will give way to the new ones. From son to father. From a sales executive to CEO of a company. From an employee to becoming an entrepreneur. How many will you add up? Which one will you leave out? You can share them with people if they help you get more work or bring attention to your work. But don’t take them seriously. They are quite insignificant. They will confuse you.

Identity is a legacy that holds you imprisoned. And don’t worry about your legacy either. Leaving a legacy behind is just another way of defending your identity, your ego and extending your prison sentence.

Be the first to comment on "Take on roles, not identities"

Should brands depend on traditional media?

Is collaboration the key?