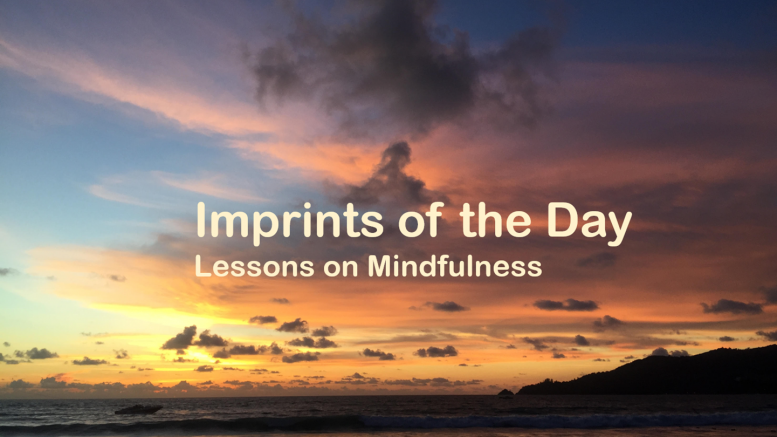 I remember my first visit to a dermatologist vividly. It was on a dreary day and I wasn’t feeling particularly optimistic about life. I will present it as I remember it.

“Where exactly?” the skin specialists asked, narrowing his eyes.

“Here, right here”, I said pointing to the side of my face at what I had nicknamed ‘Elvis’.  The doctor was looking for my growing ‘side burn’ that I had just told him about.

“I can’t see it”, he said resignedly. I felt my nose flare up, my lips purse and I gave him the eye. Just then, with complete nonchalance, he fished out a magnifying glass from his long Kurta. He kept it against the side of my face and checked with more intensity.

‘Ya, its hair, but it’s not HAIR!’ he concluded. I came to the realisation that Dr. G Singh, experienced as he was and with a well-groomed, longish beard, would not see facial hair quite the same way I saw it. Therefore, we decided to move on to other, less vain symptoms.

I had just turned a ‘particular age’ and for about a month I was experiencing some sort of insomnia, my appetite had changed, I was losing my temper more often, I got my first breakout ever and then I had this hair on my face (which the doctor declared non-existent and that it was a figment of my imagination).

Anyway, I left the clinic with a pot of free sunscreen and a trip to the diagnostics. A week later, whatever was suspected was unfounded, but I was diagnosed with something called ‘stress-related’.

Of course, I was watching three matches in succession post midnight, but it was the World Cup! I was sleeping for two or three hours because I had to be in office the next mornings. I was managing Communications and since I was the only other person in the team in an organisation with over a hundred thousand employees, I had loads to do. I worked at office, in the cab and later a little at home too and if I had any time left, I would go hang out with my friends over a meal.

I thought I was balancing it well. I couldn’t see the problem because stress is not always on-the-face obvious.

Over the years, the stress seemed to have piled up, taking a toll on my health, relationships and personality development too. What’s comical is that while I was going through such a tragedy which had strong physical symptoms, led to broken relationships and I nearly lost all that I had worked hard for, I actually chose a dermatologist to go to!

Finally, I talked myself to see a psychologist instead.

With some talk and opening-up, he was able to tell me about my behavioural distortions. He also said that I was curable and all I needed to do was practice ‘mindfulness’, which until then, I thought was a modern day lingo for some sort of spirituality.

I found the information on ‘mindfulness’ quite useful, especially today when stress has become inevitable and therefore I’d like to share it with our fraternity.

Disclaimer: Mindfulness, if practiced often, is a proven method to reduce stress, sadness, increase focus, better relationships and leads to happiness even. However, I am still working on it.

Mindfulness, in simple terms, means staying in the present and being aware of your thoughts and feelings at a given moment. Mindfulness doesn’t work in the past, it works only NOW. So, when you are going through a phase of self-doubt, stress or even just feeling low, here is a four-step process to be more mindful:

Step one: Identify your thoughts and emotions, but objectively.
Write it down. For instance, you might be thinking you are a failure and you feel miserable about it.

Step three: Accept it, in the right context. You could accept is by saying, ‘Of course I’d feel like a failure because my X project didn’t go the way I expected or I couldn’t go ahead with what was planned. Feeling like a failure in that context seems just about right.’

Step four: Here is where the real effort is required. Don’t let the thoughts and feelings affect your daily functioning or behaviour. I like what Elizabeth Taylor once said, ‘You just do it. You force yourself to get up. You force yourself to put one foot before the other, and God damn it, you refuse to let it get to you.’ This method suggests that no matter how you feel, you still go about your daily chores without ignoring your thoughts or feelings. When faced with daily work or people challenges you have to put that effort to be mindful of your emotions and not react or react calmly.

This practice, says the psychologist, over time reduces the NAT ‘Negative Automatic Thoughts’ and helps you become more positive because you didn’t let it overpower your behaviour.

Along with this practice a little meditation is said to go a long way. For this, I like to use a method my brother uses:

Apparently, you have to make sure you have no imprints of the day left on you so that you can start afresh, every day!

Be the first to comment on "Imprints of the day"

The Goldilocks approach to ESG and its impact

Money Matters or Industry Switch – What can make or break my career?