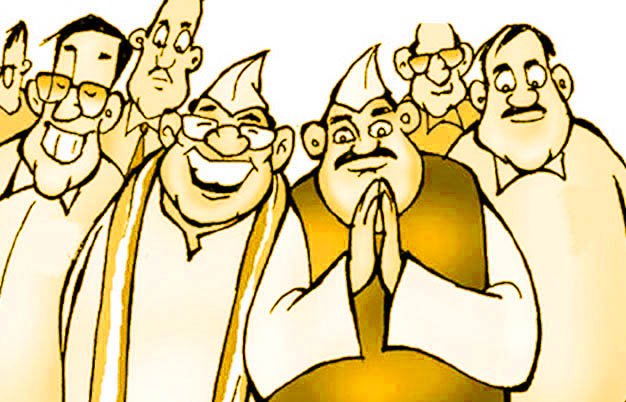 Twice, every five years and I have been doing this since 2008, I fly to my home-town, Mangalore to vote during the Assembly and Parliamentary elections. While I have the option to vote in my current place of work, I still consider Mangalore my base where, if I had the opportunity I would go to every weekend. I look at the main metros as just temporary locations I have chosen in order to pursue professional pursuits. Accordingly, I was in Mangalore on May 12th to cast my vote. It is not only my right and duty but also gives me legitimacy to question the government on various issues that concern society. I believe those who do not vote have no business questioning the government. In this column I will share learnings for Public Relations professionals from ten instances that panned out in the last few days in my home state.

The last one week in Karnataka politics has been an interesting case study in reputation management. There are ten milestones to look at and learn from.

Trial balloons are key. This is common practice in politics and business also uses this trick often. It is a great public relations tool to gauge the mood of the public and needs tact in its execution.

Planning is everything, especially since it helps catch competition napping. Well begun is half done and similarly a well-planned exercise can be better executed.

Look before you leap. This is the basic tenet of life and very important in Public Relations. If this is not followed most often one ends up in an embarrassing situation.

Positioning is important. The Congress party has been criticised as a slow operator with old-school ways but this act of the party of being agile has led to a lot of praise.

Think before you act. Never rush to conclusions. Never make assumptions and never ever be guided by incorrect policy. These are pitfalls that one will find hard to get out of.

Speed is of the essence. This is key in Public Relations. To do things right and do it fast.

Not having expectations is key. This is important in the top echelons and this is true of Public Relations. However much we control things sometimes they get out of hand.

Being calm is a virtue. If we show we are tense then we become vulnerable. There is nothing that cannot be handled without calmness and there is no point worrying about what we cannot control.

In his speech the chief minister spoke of two causes. Serving the farmers and mobilising the citizens for development from a government they hope to form in the future.

On a slippery slope with your Brand Ambassador

How to stay PR-employable in a digitally disruptive world