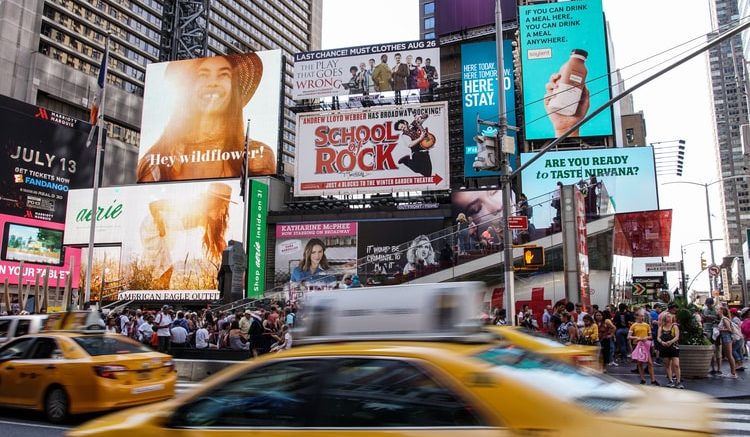 We’re just about getting into the groove of this new decade, and publications are replete with ‘the-decade-gone-by’ lists. Be it inspirational women, cult-favorite TV shows, its top ten albums, we’ve covered close to everything under the sun. And now, here’s my addition to the recent list of lists — my top ten advertisements and campaigns from the last ten years.

Let’s dive right into Part I, and take a look at the first five:

With a message rooted in the age-old belief that ‘auspicious beginnings start with something sweet’, a popular chocolate brand in 2010 launched a campaign called ‘Shubh Aarambh’ which won millions of hearts. The brand put a humorous, contemporary twist to a time-honored tradition. Take for an example, one of the ads that opened with a young girl at a bus top, enjoying a bar of chocolate. A young boy — a complete stranger — asks her for a bite, and alarmed by the situation, she asks him why. He says he wanted to drop her home, and that the start of anything new should include something sweet. The voiceover then states, “Shubh Aarambh. Kuch Meetha Ho Jaye.” Adorable, isn’t it? No wonder it reached such massive levels of popularity!

The campaign by a chocolate brand, which has aired in over 50 countries, is based on a simple, (and dare I say, relatable, insight) — hunger makes you hungry, and definitely affects your behavior. The TVC that aired in India showss boys in a car headed to play cricket. One of them behaves like a ‘heroine’, or a diva- personified by Rekha. One of the boys gives ‘Rekha’ a Snickers bar, and ‘Rekha’ returns to her original form — one of the boys! It was honestly hilarious — and I’m not the only one who thinks so. The campaign smartly positioned the chocolate bar as their target audience’s go-to snack to fuel up, driving the brand’s sales to new heights! That’s the kind of impact a great ad can have on a brand.

A well known mobile network brand released an ad with the jingle titled ‘Har Ek Friend Zaroori Hota Hai’ to introduce their international roaming and data packs in 2011. Instead of focusing on the advantages of the product, the relatable jingle laid emphasis on how the network is nurturing friendships by providing a fast and seamless connection. The brand did this by beautifully depicting the different roles our friends play in our lives — and it worked. The message touched an emotional chord with the youth, going viral in no time and helping the brand become one of India’s largest mobile operators.

The Partition of India, even after over 70 years, remains a delicate subject, evoking strong emotions among people on both sides of the border. Nevertheless, a tech giant successfully tackled the issue with sensitivity and nuance, with its ‘Reunion’ advertisement back in 2013. In the ad, an Indian Punjabi talks to his granddaughter about fond memories of his childhood friend Yousuf back in Lahore, Pakistan. His granddaughter then uses the search engine to reconnect with Yousuf, eventually reuniting him with her grandfather. This one’s my personal favorite — and I’m sure there wasn’t a single dry eye when this ad aired!

In most South Asian homes, laundry is often considered as a woman’s job. Calling out this gender inequality, a popular detergent brand crafted #ShareTheLoad campaign, made an impact on millions. The series of ads depicted everyday situations, through which it challenged social norms and put the spotlight on uneven distribution of domestic labor. The brand was one of the first to initiate conversations surrounding the issue, pushing people to reconsider long-held beliefs about housework and the role of a woman. I’d say that’s pretty incredible!

The common thread that ties these great ads together? Emotion. Each evoked a feeling in its target audience, which made it stand out from a sea of competitors. And that’s why we’re still talking about these campaigns, years later.

Now, watch out for Part II!