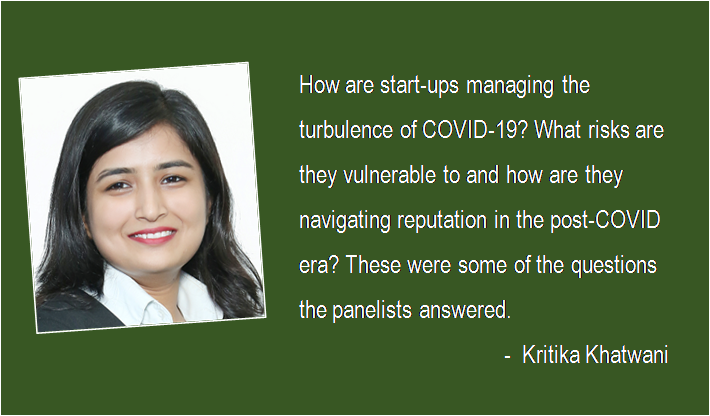 The second edition of The Communicators’ Assembly Point organised by Adfactors PR and Reputation Today focused on the ‘Communications in Start-ups’. How they are navigating their reputation in the post- COVID era? How are they managing the turbulence of the COVID-19? Are they vulnerable to any risks? And how are they engaging with their stakeholders – consumers, investors, government, and others?

The firms that just started operating a couple of years ago were facing turbulence in operating business and as a result, some were laying off employees the others chose to face this by communicating well with all their stakeholders. The webinar moderated by Roger Darashah, COO, Adfactors PR, commenced by asking all the panelists, how communication changed for them on the midnight of the 24th of March?

“It remained as transparent as we were always and as frequent as it was, what changed was the ‘timing’,” shared Anand Bajaj, Founder and CEO, PayNearby Technologies. He said, everyone in the team was ready to do more and help in enhancing productivity. As they engage and communicate with four lakh retailers and dispense the services to the customers on the ground. Now they had additional four lakh mount pieces on the ground as the government was announcing DBK disbursement and these four lakh retailers were engaging with customers to communicate and tell them what it was about and how to avail it. This proved as the force multiplier for them.

Snapdeal being an e-commerce platform was at the heart of the current situation and still is. Rajnish Wahi, Senior Vice President- Corporate Affairs and Communication, Snapdeal said, from 10th March to 25th March it was more of internal communications as they informed and reassured their internal stakeholders- employees and courier partners that they will find a way out of it together. But when the lockdown happened the business got disrupted and the company chose to do a very clear fact based messaging saying, “this is not available and this is what we are going to do in the next 48 to 72 hours. The communication that was happening at the moment was focused on here and now”.

The communications could no longer be external focused, it had to be divided among various stakeholders. Constantly communicating to the stakeholders to suppliers, customers asking them what can be done for them, said Jigyasa Kishore, Global Director for SAAS Platforms Moglix.

Anand Subramanian, Head of Communications, Ola, talked about how Ola was telling people to not step out and was sticking to the government’s guidelines. And within the matter of hours they got the drivers together and were working towards  how they could help two and a half million drivers who now had no livelihood coming their way. Range of initiatives was also launched to help the community at large, from  providing medical trips to the hospitals to opening up their technology pro-bono to all governments to say you can use this for emergency response on ground.

Financial services were not included in the essential category at first but soon it was, as money had to reach at the hands of people to buy medicines, and other essential items. Leo Burnett launched a campaign- Zid Aagey Badhne Ki during the current crisis, and the theme was the same that PAyNearby has built. And this became an important part of communication for them.

What was the impact on marketing budgets, as everyone was stuck at home? The word went up with zero budgets and a lot of engineering colleagues were brought into do marketing and the work has multiplied with zero budget, said Anand Bajaj. Rajnish Wahi and Jigyasa Kishore said, the digital marketing budget went down to zero as there was no point in advertising something which cannot be fulfilled. There was no point in investing in money driven marketing but in impact marketing, said Anand Subramanian.

“It is a mindset, if capital was not scarce then entrepreneurs would not survive because capital is limited. You are able to do much more with the limited resources,” said Anand Bajaj. Ola launched three large initiatives – drive the driver fund, Ola emergency, and Ola connect. Jigyasa Kishore said, for Moglix the initiatives were for internal and external stakeholders,, which was a very positive outcome of this crisis. And we also covered the market in the UK very fast. Our government communication became better and stronger than before. The sense of usefulness in the current situation was really big, that is going to stay. We were applauding our internal stakeholders every second day who were in the warehouse risking it all and working, Training Pathshala was also launched for training people on some of the tools and internal best practices. Rajnish Wahi added to the conversation how Snapdeal launched essentials and groceries within a matter of three days, which usually takes six months. Has the way of work changed permanently or at sometime it may return? “Once you break a certain speed limit, you know you can go further,” he concluded.

In the current scenario how does one find time to think for a long term plan? asked Roger. The two things that keep Anand Subramanian going during such a situation which has taken toll on the best of people, is empathy and knowing that everyone is one the same boat. The Ola campaign- “Stronger together” was built on the same thought.

Managing Work from Home and Stress

Jigyasa Kishore said, we have to remain positive and should focus on the good news as well. Rajnish Wahi added, we started thinking about what we want to be remembered for two to five years down the line. This was a great time to build relation and crisis certainly brings out either the best or worst in people and this one brought out the best in us and it was an immensely gratifying experience. PayNearby carved out a six member team which will not work on day-to-day activity “Our work was our communication,” said Anand Bajaj.

Roger asked a few questions being asked by attendees. During the COVID situation which media platforms are most impactful and why so? The digital became the new mantra during this time, said Rajnish Wahi. Anand Subramanian added that digital and broadcast remain a big part of the communication channel but we still invest a lot in our own media. And there also has been a tremendous rise in the impact of social media.

Will there be an issue in rebuilding trust around e-commerce? Jigyasa Kishore started by saying that the current situation holds true for all the e-commerce platforms the way of delivering has changed. From sanitising the warehouses to contactless delivery is the new normal now. Rajnish Wahi added that the e-commerce floundered for ten days but then it bounced back pretty sharply and this shows the increased trust. People realised that e-commerce has been a really good channel to get what they want.

If any companies decide to lay off employees in the future then what are the good practices to do so? It’s important to be compassionate and lead by example. The communication and action both need to be empathetic, these are the two cornerstones according to Anand Subramanian to keep in mind while communicating during this time. Rajnish Wahi echoed what Anand Subramanian had said and in addition to that he added that employees who are impacted do not see this as personal rather should look at it something situational. Jigyasa Kishore said that transparency and communication adds a great value to internal communications. We should tell them that it is not about them but the current macro situation which is not in anyone’s control. There is no  one right way of communicating this, there never can be.

Madan Bahal, Co-Founder and Managing Director of Adfactors PR asked, how has the COVID impacted the relationship with founders? Rajnish Wahi said that the crisis brings you closer, and there is an inherent trust, “They know what I can do best and I know when to lean on them”.

What PR firms can do more besides just getting coverage? How can the relationship between start-ups and PR firms change as a result of COVID? Counsel and strategic insight are two important things that a PR firm can offer, shared Anand Subramanian and get more out of what we do and not from the perspective of coverage but impact. Rajnish Wahi said the real value added is the strategy.

The last question that Roger Darashah asked, what changes in public relations post COVID will be permanent? According to Anand Subramanian, being more impact driven will be the one big change. Anand Bajaj said, it will be the instant response. Precise communication, more empathy, faster speed are going to be the defining features of the communication going forward, said Rajnish Wahi. 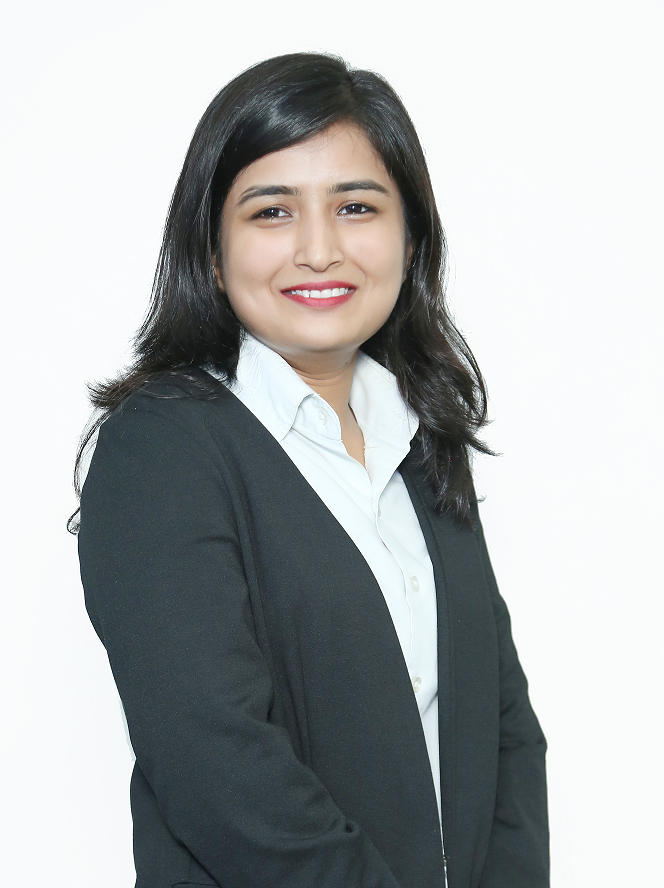 An alumni of the School of Communication & Reputation (SCoRe), Mumbai, she has an avid inclination towards creativity and writing and that is what pushed her to pursue a career in public relations. Music and coffee are her meditation.
SHARE TWEET PIN SHARE