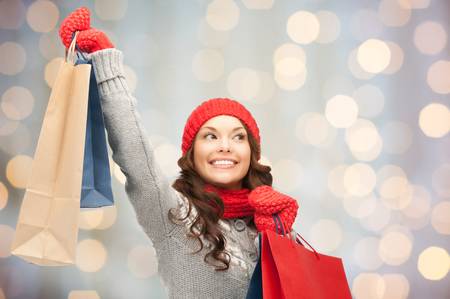 Since December we have been engaged with the rising cold wave. The New Year marched in, enveloped in a cool, cool cover. The chilly waves constantly hung around the capital, as a dense fog covered Delhi, creating chaos; we heard about flights getting affected, trains running late and traffic snarling through, forcing the city traffic police to issue an advisory to commuters.

Yes, in North India we are still in the grip of a cool blanket…and then we were told that we could look up into the night sky on Sunday, to witness a very unusual phenomenon. The headlines in the news got us glued when we read that a ‘Super Blood Wolf Moon’ eclipse would happen on January 21, and what’s more – this was about three lunar events occurring together! Three individual lunar events took place simultaneously for this rare kind of eclipse to occur – a total lunar eclipse, a Supermoon, and a January full moon or a Wolf Moon. The social media was alive throwing up visuals of a red moon pitched against the Statue of Liberty, which was a glorious sight.

So, 2019 set off with this very interesting Chandra Grahan, when the reddish-orange moon appeared brighter than usual, to rule the sky. In fact, after January 2019, the world will see the next total lunar eclipse only in 2021.

Ringing in 2019 also saw people hanging out expectantly, with the dripping wet hordes at Times Square. For 114 years, Times Square has been the center of worldwide attention on New Year’s Eve. This has happened ever since 1904, when the owners of One Times Square began conducting rooftop celebrations to greet the New Year. The first Ball Lowering celebration occurred in 1907, and this tradition is now retained as a universal symbol of welcoming the New Year. This year too, The Mayor of New York City pushed the Waterford crystal button that signalled the descent of the New Year’s Eve Ball, which was the final sixty-second countdown to the New Year. Every year as the clock nears midnight on December 31, the eyes of the world turn to the dazzling lights and bustling energy of Times Square. This time it was washed, in a dash of rain.

Again, January saw the Golden Globes cascading into the scene. This year’s Golden Globes prize list looked like a mixed bag, but we watched the proceedings on TV, and it was great to see Remi Malik, Olivia Colman, Lady Gaga, Glenn Close, Alfonso Cuarón and others get awarded.  Bohemian Rhapsody and Green Book defied odds at Golden Globes and walked away with the crown.

With the end of the year, brands engage their customers with alluring sales. The biggest discounts at the biggest online sales were available at Amazon in January 2019. And, what was the checklist waiting to woo Amazon India customers? Whether it is about purchasing electronics at a discount or getting the best home appliances at irresistible offers, end users and loyal Amazon shoppers were able to plan their wish lists accordingly. Yes, an Amazon sale is just the place to be in when you wish to gain the best discount offers and deals. Attractive discounts of up to 30-50 percent (sometimes even more!) on mobiles phones, books, clothes and a host of other products, which were up for grabs during the Amazon Great Indian Sale.

Not lagging behind, Flipkart’s sale promised to change your life. They informed customers that the “Father of the Sales is HERE”!  If you had’nt heard of upcoming Flipkart sale 2019, you would be invariably missing out on something that could change your lifestyle! And, customers were offered special bank cashback offers. Flipkart claimed to be that one destination for everything that you need, at an affordable price. In simple words – it looked like Flipkart sale is all that you have been looking for, with their New Year Sale and Republic Day Sale around the corner.

Not to be left behind, as 2018 was coming to a close, automakers in India drove in, looking at maximizing sales during this period; and brands like Maruti Suzuki, Toyota, Honda, Hyundai and many more were offering sizeable discounts. With some attractive price hikes now, maybe this could very well prove to be a good time to buy a new car, if you have your eyes on any one.

Exciting times ahead, with AI, AR and VR