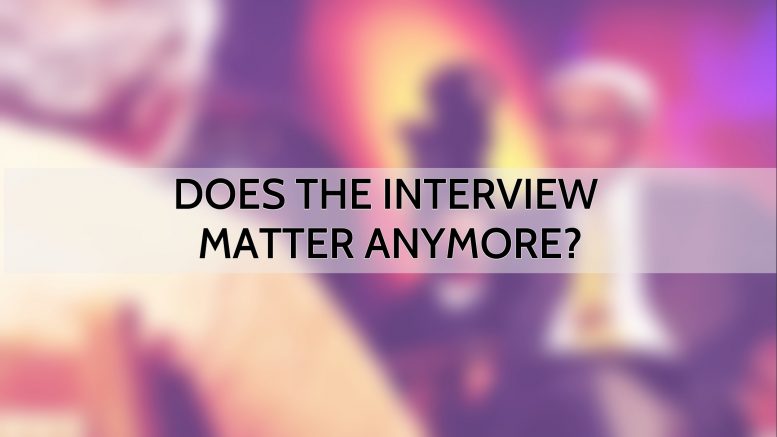 Does the interview matter anymore? I am stuck with that feeling this election season after seeing acres and acres of interviews – including quite a few with Prime Minister Narendra Modi and an odd one here or there with Rahul Gandhi and one atop an election vehicle with Priyanka Gandhi Vadra, in which the journalist in questions gets an “exclusive” interview that consists all of two and a half (or is that three and a half?) questions hurled tentatively at the woman in question. Am I any wiser? I don’t think so.

As I write this, Modi-ji has given an interview to Bollywood star Akshay Kumar, jumping over the heads of several TV news anchors who may be more deserving candidates if you believe in tough questions. Yeah, right.

There are two issues facing journalistic interviews these days.

The tough ones don’t get access. ‘Dosti bani rahe’ (let the friendship remain) is what Modi famously told Karan Thapar as he wounded up an interview that has passed into history as one in which the man-who-would-be-PM showed the journalist his place. The ones that wanted and got access, after long and patient waits, had publicly shown their malleability in social media (and presumably elsewhere) before getting to ask questions.

The problem is that these Q&A sessions mostly turn out to be the interview equivalents of the hagiographic biographies in which either the questions or answers or both are sanitised. What comes out is a good, clean printout in which the interviewee shines out. What happened to the days when we grew up on Oriana Fallaci and even dictators actually obliged a provocative questioner here?

That apart, we also live in the age of social media. What we get are short nuggets of everything: memes, jokes, tweets, fake news, rumours, and short videos. We are amused to death and are comfortably numb. Who wants those long-winded interviews that go nowhere after being made fat-free, sugar-free and taste-free by a combined process of PR machinations, power play and the obliging ways of pusillanimous prime-time anchors and eager hacks?

There we are. Both the demand for and supply of interviews have entered the dubious territory of low value. Media has been suitably de-fanged. Gone are the days when dictators and powerful men (including Henry Kissinger, Ayatollah Khomeini and Fidel Castro) gave their time and attention to a tough woman of whimsical ways. Oriana Fallaci wore a chador to interview Khomeini and famously took it off suddenly. Let’s stand in silence for a minute or two in her memory, and then hope that in one of those dosti-bani-rahe interviews, someone — in a manner of speaking — unveils a tough question that is not evaded after the chador is taken off.

The interview is dead. A Bollywood star known for playing enemy-buster fauji roles playing the role of a friendly is the newest proof. You can amuse yourself by watching Akshay Kumar “grill” (or is it grin?) Modi or by reading interesting articles that tell you how to blow up or screw up an interview. Take your pick.

Anyone powerful/famous out there who doesn’t mind tough questions?

1 Comment on "The hard-hitting interview is dead, and we are comfortably numb and suitably dumb"