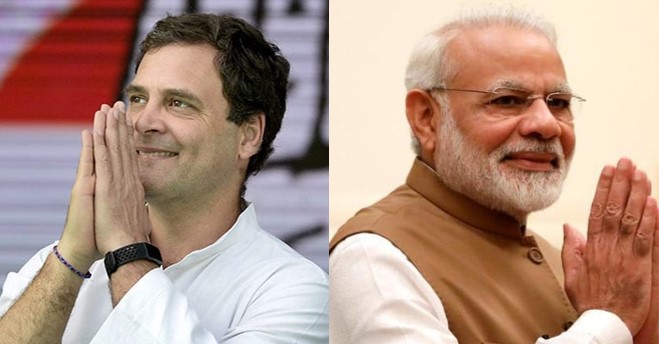 Republic Day this year marked the 70th year of its occurrence. This time, it had the political parties locked in a tug-of-war over Gandhi legacy. Literally, this tug-of-war to reclaim the legacy of Mahatma Gandhi reached a peak between arch rivals Congress and BJP. While PM paid tribute to the Mahatma, and said his principle of “ahimsa” has the power to unite humanity when terrorism, radicalisation, extremism and hate are dividing nations, Congress President Rahul Gandhi targeted the PM and gave a call to launch a “second freedom struggle” to combat the ideology of “hate and violence”.

PM Modi pointed out that the call of Gandhi is engaging even today. “In the 21st century, the thoughts of Gandhi remain as essential as they were in his time and offer solutions to several problems the world faces,” he said in his blog, and added, “He remains a shining beacon of hope for millions of people across the world who seek a life of equality, dignity, inclusion and empowerment.”

Brands also got engaged in the patriotic spirit. Bisleri announced #OneNationOneWater contest. Exide Care announced – this #RepublicDay, let’s join these young ones as they come together and pledge to drive our nation ahead, with our thoughts and action #WhatDrivesYou. History TV18 channel paid tribute to India’s #RealHeroes who stand ready to serve and protect the motherland. Cry India urged us – “Remember the national pledge all of us learnt back in school? Let’s take a trip down memory lane and think about what it truly means. For all of us”. Wear our pride appealed Myntra. And then, the rush of sales and discounts had us all so engaged that we made a rush online and offline – which I witnessed at Westside on the last of sale!

#ParikshaPeCharcha was trending on January 29, when our PM joined in a unique interaction engaging students, parents, teachers to discuss, exams, tensions, life and more. With less than a month to go for the Class 10 and Class 12 examinations, the tense student community welcomed our PM’s move. It engaged not  just students from India, but also Indian students residing in Russia, Nigeria, Iran, Nepal, Doha, Kuwait, Saudi Arabia and Singapore.

Stating that the exam system has become “rank-bound” PM said quoting from a poem by the Hindi poet and lyricist, Gopaldas Neeraj – “Kuch khilaunoun ke tootne se bachpan nahin marta hai.” Well, he was indeed trying to spell a success mantra for students, and even addressed several issues like depression, technology addiction, parental pressure – “Open up your life, do not restrict yourself to marks – success will follow you. Our education must equip us to face various challenges of life as well.”

Meanwhile in another part of the country, combating traffic jams was reaching alarming levels. I mean in the city of Pune, which suddenly saw  #roadeo, a robot cop introduced on the roads. With traffic regulation compliance a burning issue in Pune, this aimed to increase public awareness about the importance of traffic discipline.

Incidentally, this quasi-traffic robot is the first of its kind not only in Pune or Maharashtra but in India. Primarily to help traffic police this fully functional ‘RoboCop’, developed by a group of students, will go a long way to assist the cops for efficient traffic management, while also keeping the citizens safe.

Be the first to comment on "The political tug-of-war, and a robot cop"

Don’t Do before you See and Think!