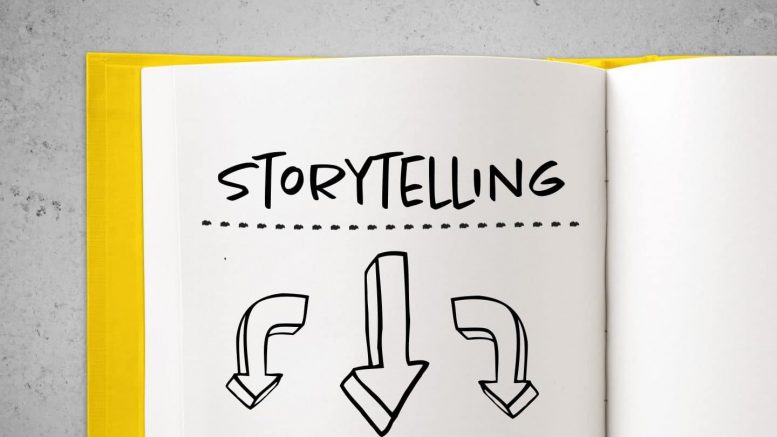 Just like oxygen and carbon dioxide are needed to breathe, you need to be a good storyteller and marketer to exist.

When we began studying our post-graduation, it was interesting to be a part of an institution that called itself the Convergence Institute of Mass Media and Information Technology (COMMITS). It was interesting because the institution is pretty old now (set up in 2001), but back then, its name predicted something far greater than we could have thought.

The convergence of various media, and the birth of the multi-media format of storytelling. This change created a lot of debates especially in newsrooms, where journalists who were slotted as print and television now had to learn a new digital format. Not only that, but they also had to learn to tell their story across print, video, online, and even social media.

This was a little scary for traditional journalists, and yet there were some who took to it like fish in the water. When I was in the newsroom, as a kid, I remember wondering why journalists were so perplexed by it, but then the difference was, I got trained in all formats in college. Something a lot of journalists didn’t have; so, it did mean a lot of learning, and unlearning.

Since 2007, when the iPhone was launched, and smartphones took off, of course, a lot has changed. Journalists have moved to multi-media formats of storytelling, but since I was part of the transition, I saw the initial discomfort in many. There was also a fear that performance appraisals would be based on ‘likes’ for a story compared to the effort to get sources, information, pictures, etc.

Here’s where I know some of my learnings in the corporate sector could have helped journalists through that transition time.

At internal communications, whenever internal campaigns were planned, there was always something called a ‘coms plan’. This was our checklist, which got vetted by stakeholders, and something we ran with. Such planning helped because we almost always looked at a campaign through all the channels within the company: hoardings (digital/physical), the intranet, a portal for the campaign, and email ID, and other internal channels like an internal TV stream, radio station, etc.

When I got into the corporate world, I always wondered, ‘why didn’t journalists work like this’, where they plan ahead of time, once a story has been approved at the edit meeting. Maybe things have changed internally at newsrooms today, but this learning would have certainly helped transition traditional newsrooms into strong multimedia players.

The truth is a marketing plan for any story helps sell it better.

One of the best ways I’ve seen a marketing campaign use storytelling for greater good has been the SelfV contest run at HealthCare Global. It was the brainchild of the then Director, Healthcare Services, Dinesh Madhavan.

I still remember speaking with Dinesh on the ‘why’. He said when they started out at HCG, it was so tough to get patients to speak up because of the stigma attached by society. However, their efforts paid off significantly.

Since the launch of SelfV in 2015, they have a significant pool of survivors, who serve as counsellors to patients diagnosed. Personally, I’ve seen sessions where they counsel patients, and can say it was heartwarming to see someone move from being terrified to being encouraged to go through their therapy and fight.

Indeed, today, there is stigma attached even to those who’ve contracted COVID-19. Here’s hoping there’s some learning in what the HCG team did, through storytelling, which has moved the needle in patients speaking up more significantly.

Another storytelling effort, which is an all-time, personal, favourite, is the Vicks ad on adoption and transgender rights here. It struck all the right emotional cords while using a powerful corporate platform for good through storytelling.

Travel Diaries: Learning from my trips across India