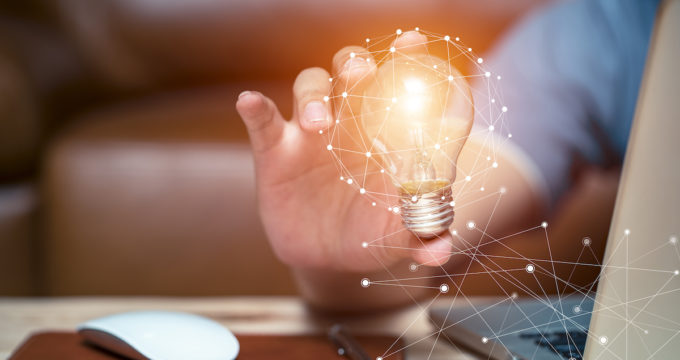 “The most powerful person in the world is the story teller.” – Steve Jobs

It’s been fun writing this series on storytelling. It’s made me look back on a lot of good memories that shaped me as a professional. So, I’m going to wrap up this series with a case study from my career. This campaign sums up a lot of what I’ve covered in the last five columns in a practical way.

This was spearheaded by the CEO, who was, at least with what I saw, someone who really knew what he was talking about. I still remember him coming on the internal social networking site, and replying to an engineer with a coding issue – that small act got the org buzzing on how cool he was that he could connect to the ‘techie’.

In truth, when I interacted with the true movers and shakers within the org, I was taken aback by how innovative the org was… in the past. It was so long ago that if I mention the stories of how several engineers huddled up for a week or two to meet a government order, it would seem unthinkable.

But it left me, the story teller, perplexed. Here was an org that had a truly glorious past. They lost their mojo in the middle.

In truth, when Innovation Hub was proposed, I wasn’t on the core team. But I kept hearing the discussion in our cubicle, and I was constantly in touch with what the external world was saying, our CEO was saying, what the old gems and the new influencers were saying within the org.

The story teller in me was getting restless. I knew we had to sell the engineers stories. It had to be a mix of the old and new. It had to give them a way to recognise past achievements, and yet, push them forward.

Mind you, I already had some significant success with an earlier campaign on storytelling (you can read that here). So, when I pitched the idea, my boss was incredibly supportive.

We worked with what we had: the CEO already ran many internal sessions, personally. We’d use that platform to handpick the best stories, and feature them in an internal email, where the full story would be hyperlinked to the internal portal.

It’s one thing to be featured internally, speak in front of the CEO, and another to have it in a repository, where you can keep a tab on it. We provided the last mile connect to the campaign, and it also charged the teams to get competitive.

As we kept having sessions, I put in place a process, where we’d get stories from the CEO sessions, but we also reached out to teams and encouraged them to send it in to us. The stories then got vetted by a team of super senior technology leaders. Only then we’d run with the stories. The leaders would vet it for the technology aspect, we’d shape it into a storytelling format.

I think my proudest moment was being able to churn a pipeline of content based on the process mentioned above. But as any journalist will tell you, you should always have a backup story. That’s something I learned from Seema Singh, she always told me to keep two to three good stories in the pipeline, which may not require a peg or something newsy. It helps when your well of ideas may run dry.

And that’s exactly what happened. There was one time, where eight stories fell apart because they didn’t match the innovation criteria. That’s the time I really thanked God for my journalism experience and for Seema. That particular week, we had 10 stories in the bank; so, I didn’t have to worry about not having a story. Mind you, this was the CEO’s campaign. We could not afford to miss a deadline, and here’s where the experience of being a magazine storytelling played a big role.

This campaign will always have a close place in my professional life. The core team has stayed up working way beyond 60 hours a week for this, and certainly helped me bring my best skill to the forefront: storytelling.

In Conversation with N S Rajan

Upcoming Trends in Public Relations in 2018