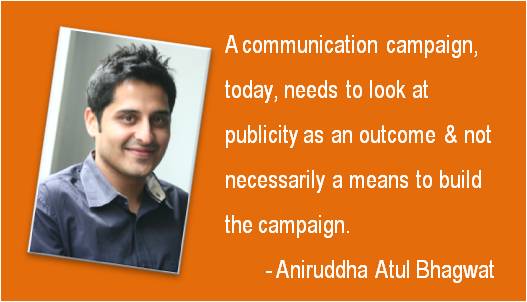 It’s time to redefine push and pull communications. These aren’t new concepts, but may mean new things in the new world. These definitions were developed before each brand and each person became media platforms in their own right. Moving from paid media to earned media the owned media has been flipped on its head with an option for any brand to start with owned media from the point of origin of their marketing communication programme. While most of the professionals will agree PR is not only media publicity, most of the professionals pitch publicity as an integral, if not a strong, aspect of the overall communication strategy. There is no getting around it; publicity is vital. But in an environment as traditional publications even bloggers demand to see the proof of a campaign before they lay a finger on their key board, where does publicity fit in as obviously, traditional day tactics are not only obsolete, but despised?

A communication campaign, today, needs to look at publicity as an outcome of implementing a campaign, and not necessarily a means to build the campaign. This is not to say that traditional & online media won’t join the bandwagon, but not until you prove the campaign it’s the rock star it claims to be. Pull communication-led campaigns will not only pull your consumers, but will also pull media platforms to further accelerate the penetration of your campaign. Creating a campaign, where even media can’t keep their hand to themselves (read: keep their fingers away from their keyboards) and want to be part of it.

Every brand no matter how young or old has its go-to consumers. These are the low-lying fruit, early adopters, most relevant product-audience segment, easiest to convert, etc; however you put it, these are the first level of audiences to engage as you build your pull campaign. The right messages will make them the first receivers of the message, but the advocates, who will go and talk about the campaign on their own-ed social media and amongst their own go-to group. For an international sustainability and CSR brand, it was important to create a platform for sparking conversations about sustainability and CSR. For this, a concept of Sustainability4Breakfast (S4B) was established, and the first members for the inaugural S4B were clients and stakeholders of the brand. This led to great engagement on social with the subsequent sessions getting requests from sustainability and CSR organisations/professionals to be a part of the concept. In fact, one of the largest brands in India would be sponsoring the next session based on the engagement amongst the community the first few S4B programmes created. Getting the segmentation and message right for this first layer of the campaign can be the most important ingredient in building an impactful pull campaign.

Start with your own owned media

Use intelligent social media, digital and SEO strategies to ensure you can push the concept of the campaign to get audiences to jump on board. For a launch of a restaurant chain, the entire campaign idea was implemented through first getting connected with current customers and loyalists of the brand. Using existing owned social identities of the brand helped propel great interest for the campaign, and led to a highly successful launch of the same. The idea & concept of any campaign is, of course, the most important aspect of any successful campaign, but ensuring you are reaching a significant mass is just as, if not more, important.

This is not as easy as writing a launch/concept press release and following it up with a op-ed piece for one media platform, but it is about slicing your content ideas into bite size pieces and feeding them one at a time to your go-to group in the hope they will be inspired to share it on their own media. The main communication strategy for tracking and monitoring asset management platform is based on regular emailer drips, info-graphics, video info-graphics and other non-traditional content. This content was distributed to clients and influencers, including the media. This led to media taking interest in the brand to profile their thoughts on intelligent asset management insights and tracking as well as wanting to commission the info-graphics for their publications. The agility (ability to be relevant to multiple homogenous audience segments) and versatility (the manifestation of the content across different methodologies i.e. textual, graphic, audio-visual, animated, AR/VR, etc) of the content is the main KPI here.

This will allow your campaign to be less conditional to external media responses, but reliant on your own vision for building the campaign. A pull communication strategy puts the control back in your hands. As you build your campaign, the media and bloggers are bound to notice, and no one said they couldn’t be part of your go-to-group in the first step.  Following these steps will allow you to build confidence in the campaign, and media support will only further take your campaign to new heights rather than it being the main evaluator of your campaign success. Pull communications is the interesting interplay between content marketing, social media and direct messaging; this will not only ensure you pull your targeted users to your campaign, and therefore to your brand, but maybe, get a couple of media influencers and platforms to jump on your campaign bandwagon as well! 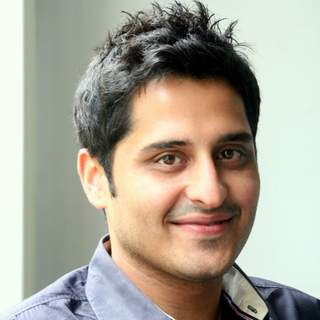 Co-founder & Director at Ideosphere
After working in the communication industry for over three years, Aniruddha realized the answer was not in the tool, but in the idea, and along with Co-Founder Minal D’Rozario established Ideosphere. In the past, Aniruddha has been awarded with the Young PR Professional of the Year by the Indian PR & Corporate Communications Awards 2014 by exchange4media, ‘Star Youth Achiever in Marketing by the Youth Marketing Forum and CMOAsia, IdeasFest Young Professional of The Year in 2016 and listed as a finalist for PRWeek’s Asia Pacific Young PR Professional of the Year 2015. He has been included in the PRMoment’s 2015 list of the top 30 under 30 PR professionals and Impact’s Top 30 Under 30 list of Indian Media & Advertising in 2016. He has been a part of the jury for DMA Asia CreateEffect Awards in 2016 and PRMoment Top 30 under 30 list in 2017.
SHARE TWEET PIN SHARE

Be the first to comment on "The Real Pull Communication"