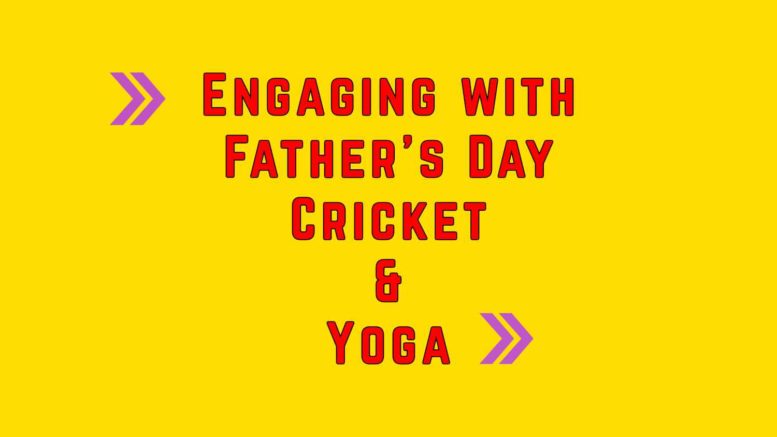 It was Father’s Day last weekend and quite noticeably brands, joined in the flood of affection let loose on fathers. We all know that a father is the first hero for a son, and the first love of a daughter. Not wanting to miss out the opportunity, marketers and brands from across categories got on to the bandwagon with the sole objective to engage consumers with their innovative, nostalgic brand narratives.

In this digital age, we are so absorbed in our gadgets that it’s rather difficult to pay attention to real people and have face-to-face conversations. This was dealt with recently by Vodafone’s social experiment which encouraged people to keep their phones aside and actually talk to the person in front of them. Vodafone persuaded people to #LookUp this Father’s Day and have ‘real conversations’ and create memories. ‘The Hero-A Bollywood Story’,  a short film by Google depicted the story of a son and his father who had aspired to be a Bollywood hero 40 years back, but could not achieve that dream. Then it elaborated how, with the help of Google, the son makes his father a true Bollywood hero! The best way to say I Love You Dad is by taking care of him, claimed Indiabulls. Their short film which went live on Facebook, garnered over 1.3k views in just five hours after it went live.

SBI Life Insurance aimed to spread awareness for the dire need of life insurance in poeple’s lives, and in the process, boosted the father-child relationship by installing augmented reality space in malls where the interactive games and activities were arranged with father and children. Indiamart’s campaign #CarryTheLegacy, highlighted successive generations carrying on their father’s legacy and FoodPanda’s twitter campaign #MyDadCEO (Chief Eating Officer) quizzed kids about their father’s odd eating habits, preferred weird food combos and favourite chakhna (snack).  Projecting a very powerful idea was LG. The video film projected single mothers, who played the role of a father in the life of their kids. Oreo’s Father’s Day ad featured a smart little girl showing her dad how it’s done – that is, how to savour the biscuit in classic Oreo twist-lick style. Dove Men+Care commercial piggybacked on its #RealStrength campaign, presenting clips of real fathers-to-be as they were shown reacting to the news of their wives’ pregnancy. Amazon announced special Fathers Day gifts like Personalised Engraved Photo Plaques, Worlds Best Dad Gift Hampers and so on. In fact, the retail and e-retail sectors were splashing their special offerings long before the actual day dawned.

Father’s Day clashed with the ICC finals. And, ICC cricket also revealed strong brand engagement. Shah Rukh Khan chose the final of ICC Champions Trophy 2017, to unveil the first mini-trailer of his latest movie, ‘Jab Harry Met Sejal.’ This was the second time that the cricket tournament was leveraged by Bollywood production houses to introduce content from their films, and as a marketing strategy, it’s without a doubt, a win-win situation for both.

Driving in the cricket theme, brand Nissan rolled out their new model Ignite 2.0. Here they efficiently leveraged the ICC fever and the video showed John Abraham and Sushant Singh Rajput enjoying cricket in different locations across the country, while they maneuvered the Nissan vehicle from one destination to another. The launch even had the spokesperson say that Nissan and cricket share the goals of pushing boundaries, and harnessing the power of teamwork to deliver excitement. In fact they have a tie-up that runs through 2023, where Nissan will be a global sponsor of cricket’s international tournaments.

Yoga Day on June 21st had a leading daily adjust its masthead to accommodate visuals of Yoga prominently – to remind us, first thing in the morning. Then I discovered a message on my mobile, from AM-MyGovt – “This Yoga Day let’s pledge to make a New Start for a New India by adopting Yoga, let’s keep ourselves & our society in good health & spirits”. United Nations highlighted the significance of the day, by tweeting – “Happy International #YogaDay2017! #yoga can contribute in a holistic way to achieving an equilibrium between mind & body #Yoga4Health”. And, as the day came to an end, I gathered that Yoga Day had 80 countries all over the world involved.

Be the first to comment on "Tribute to Fathers, Cricket and Yoga"

Two rules to become an employer of choice