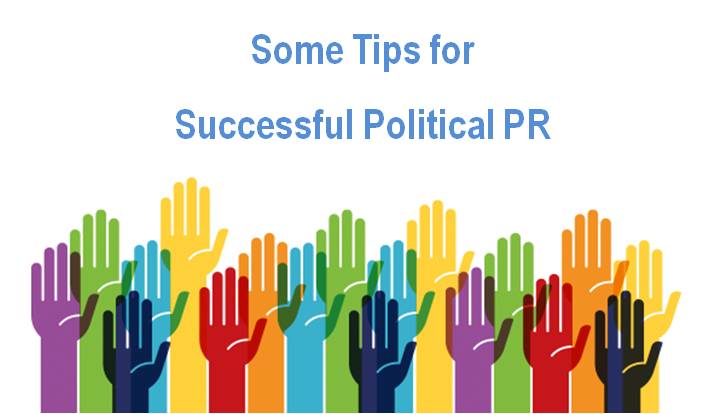 With the elections taking centre-stage, all eyes are on the political drama that is being played out. The election plot is being unfolded in Punjab, Goa, Uttarakhand, Uttar Pradesh and Manipur. Politicians are involved in their action plans, with all parties joining in the fray.

At this point, political communication is in the spotlight. Political communicators are often accused of not serving the political interests of the general public and civil society; they are accused of being selfish, often focusing on their personal gains. These allegations may not be completely off the cuff, but political PR is not always about ‘spin’ and ‘propaganda’.

Political PR professionals are taken to task for trying to control the information that is released; sometimes they are accused of twisting the message – to ensure that the interests of the government are served. On the one hand, PR professionals should cater to meet public expectations for greater transparency; but on the other hand, managing political communications requires careful planning, because sensitive issues are concerned.

The media may often accuse political communicators of twisting the truth or hiding important facts. It is often hard to believe that their personal judgment on the political performance is completely impartial. However their role as mediators between the general public and the politician is important – for maintaining the balance in the political system.

It is a fact that people perceive Political PR as a form of modern propaganda and manipulation. But, the truth is that, if used sensibly, it could considerably improve the communication process between the government and the general public. Most importantly, PR’s goal is to build “trust” and improve the relationships, based on mutual understanding – in order to enhance the effectiveness of the political performance which will benefit all citizens.

What we see around us is that there is a lack of trust in politicians. And, along with this, the electorate’s apathy really challenge PR professionals’ ability to engage the audience and win their support and ultimately, their votes. So, let’s take a look at what are the factors that affect the outcome  of elections. What should we keep in mind in order to develop a successful election campaign?

Here are some points to consider:

Are Facebook and Google the new media barons? Technology turns a double-edged sword for journalism

Be the first to comment on "Tips for Political PR"

25 years of adaptability, agility and empathy

A beginner’s guide to networking: How should recent PR graduates network.