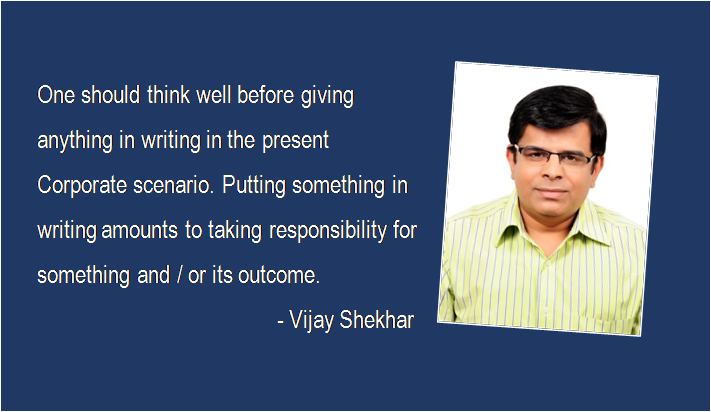 In any contemporary study or research on the world’s most stressful jobs, a Public Relations (PR) professional’s job is sure to feature among the top 10 stressful jobs across the globe…many a time even among the top 5. Even in India, we see perpetual stress in client – consultancy relationships and within a consultancy, in subordinate – superior relationships. On the surface, it all looks calm and cool…there are smiles and handshakes all around. But beneath the pleasantries, there lies that permanent ‘xxx wasn’t delivered’. This pressure many a time puts PR professionals in a ‘do or die’ situation and drives them to do ‘anything’ to get their clients covered in the media.

Around a month ago, the PR fraternity in India saw a little bit of a furore. The case in point was a pitch made by a firm executive to a journalist, wherein the executive requested for an interaction with the client spokesperson. The pitch had the controversial suicide by a noted young actor as the backdrop, and revolved around how the client’s organisation could help one manage her / his mental wellness. The journalist brought the pitch out in public with a tweet, citing insensitivity. The tweet in turn garnered several comments on how PR people could go any length to get their clients out in the media. Even the client spokesperson tweeted to the journalist mentioning that neither she nor her organisation stands for what the firm has pitched, that the pitch was not agreed upon and that the firm stands sacked with immediate effect.

Fact remains and am sure that the executive was in a catch-22 situation. There would have been tremendous ‘strike when the iron is hot’ pressure (in all probabilities not in writing) from seniors and the client.

The pitch wasn’t really wrong, given the fact that the media by themselves were doing (and continues to do) stories about the actor’s death and the possible reasons behind it. It became wrong because someone from a consultancy (whose what we call ‘media relations’ were perhaps not upto the mark) requested a mediaperson to consider doing something on these lines. Yes…the way in which it was pitched was wrong. It wouldn’t have appeared to be so wrong had the backdrop been COVID-19, China, petrol prices or any other current affairs topic. But this was a public personality’s death…a talented actor whose best was yet to come, and whose fan following was huge. It was a matter of sentiments…both personal and collective.

From the executive’s end, the biggest wrong here was putting the pitch backdrop (the actor’s demise) in writing. And because it was given in writing, it sent out a wrong signal.

Ideally the executive should have had a conversation with the journalist over the phone, and followed it up with an e-mail / SMS / WhatsApp starting with ‘As per our telecon a while ago…’ and requesting for an interaction, while not mentioning the actor’s death (because the journalist already knows about it, basis the call made earlier).

As PR professionals, we all have encountered situations where a client tells us (verbally) that an outstanding invoice will be cleared by so and so date OR a mediaperson confirms to us (again verbally) that she / he will do an interaction with our client spokesperson on a set date and time. They generally don’t put these in writing. Why? It’s simply because if they do so, and don’t honour what they have committed, they fear that the consultancy may use that e-mail / SMS / WhatsApp as proof to show that they had agreed upon something, which they later went back on.

These are times of mobile cameras and screenshots, wherein anything one puts in writing may be taken against her / him…by colleagues, clients, media and associates on the professional front; and also friends and relatives on the personal front.

Be the first to comment on "To write…or not to write?"

The power of storytelling – Part IV