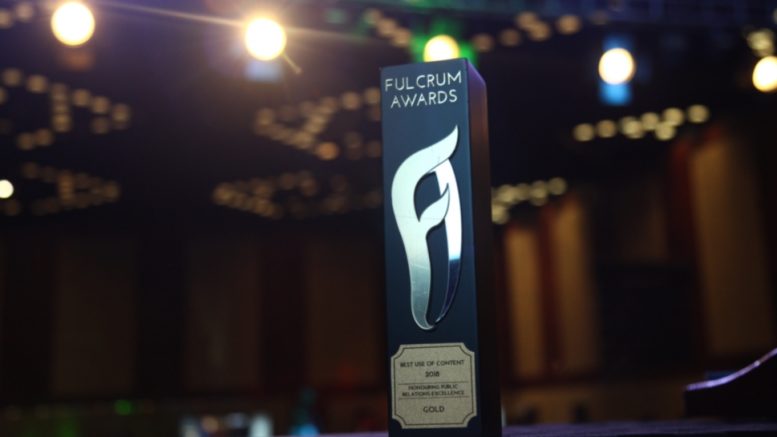 Fulcrum Awards that took place this year at the end of PRAXIS in Hyderabad were a stellar show. From its inception in 2016 they have strived to be a unique platform in several ways.

All in all, these awards are a robust programme which are fool proof and water tight in every way with people of integrity as co-organisers in the form of Ben Smith and Roshan Alexander, supported by Hina Huria.

I have played the role of being a silent bystander and the host of the awards night. 9 out of 10 people appreciate the awards programme. But there is always that one person who has a problem with the awards because they or their organisation did not win. And this is both human nature and normal behaviour.

However, my thoughts as someone who has been nominated to many awards and won few and lost some is as follows –

The only currency I have had in my professional life is my integrity. I would not trade it for anything in this world. I am sure there is always heart burn for not winning. But awards are only a piece of the cake called life. It is good to win them, but the world does not end when they are not won. Participating in them is more important because one had the courage to do great work that can later be collated and presented.

This is to all the courageous professionals who do great work and then submit it to an independent jury.

Do not give up because your work did not get shortlisted or did not win. Someone has to win and someone has to lose.

The bottom line is that we need to celebrate each other.

Be the first to comment on "What goes into Fulcrum"