Four and a half years ago, I left journalism to join the communications industry. Recognising early that audiences needed to be engaged differently, MSLGROUP hired me to set up a content and insights team that would also position the network as a thought leader. While I saw that there’s a lot that communications professionals can learn from journalists, I understood that the converse too is true. Here’s what I believe journalists can apply to their craft.

News isn’t just reporting; it’s also a conversation: One of the biggest mistakes journalists make is to think the story ends once it’s published or aired. However, that’s precisely the point at which the audience starts discussing it, asking questions and expressing an opinion. Often, the audience even corrects the facts and points out aspects that are important to it. These conversations happen on multiple platforms simultaneously – what we in the communications industry call ‘multilogue’. Journalists’ storytelling skills – which communications professionals, in turn, would do well to learn – will be in play.

Being part of the multilogue adds a new dimension to journalism and is one of the ways it can stay relevant. Steve Coll, Pulitzer Prize winner and dean of the Columbia Journalism School, hit the nail on the head when he said recently in Mumbai: “Technology is not neutral. It has changed the nature of journalism and the relationship between journalists and audiences.”

“Conversations happen on multiple platforms simultaneously – we call it multilogue.”

Understand your audience better: One of the primary jobs of marketing is to research audiences, mine insights about them and craft messages accordingly. The internet has empowered audiences – they have greater choice and they are exercising it. If you’re not relevant to them, you’ll lose eyeballs and revenue. Data, research and insights to understand where your audiences are and what matters to them will be the key. As will an understanding of how various platforms can be used for journalism.

Data and analytics: It’s disappointing that media schools don’t teach data gathering, analysis or visualisation. But then Indian newsrooms don’t employ them enough either. Data visualisation can prove invaluable even in storytelling and to make complex reports – say, about budgetary economics – more accessible to the audience.

Why shouldn’t journalists – like communications professionals – learn about impressions, geographical ‘hot spots’ for conversations about top stories, etc? A while ago, no less than ‘The New York Times’ made the point in its ‘Innovation Report’ that journalistic skills must be complemented with audience engagement capabilities.

Digital is a horizontal, not a vertical: Communications agencies have realised this and are rapidly skilling teams to offer integrated services. Newsrooms can’t have separate digital teams either; they too need to be integrated. Everyone is a digital citizen and moves seamlessly between print, TV and the internet. Journalism needs to cut across all these – a story that won’t live on multiple platforms won’t live at all.

“Relationship between media communications agencies is not one of trust.”

It would mean that the ability to write alone is not enough. Journalists will also need to know photography, video shooting and editing (thankfully, made childishly simple by smartphones), visual communication and social media engagement.

The last is critical. It’s not just your writing/broadcast work that will be scrutinised when you apply for a media job. How you manage your social media channels will be as important.

Unfortunately, the relationship between the media communications agencies – advertising or public relations – is not one of trust. That prevents an exchange of knowledge and learning. I’ll save the sermon on the need for a better relationship for another column. For now, let’s just help each other. 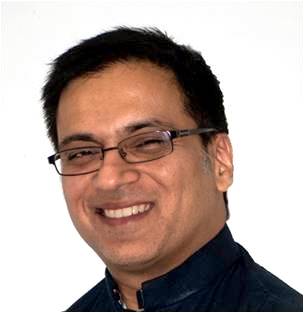 Principal Consultant at Pitchfork Partners
Earlier, he was Vice-President – Content & Insights at MSLGROUP. In an even earlier avatar, he was a journalist for 17 years, holding senior positions in some of India’s leading media houses.
SHARE TWEET PIN SHARE

Getting all set for PRAXIS 2018