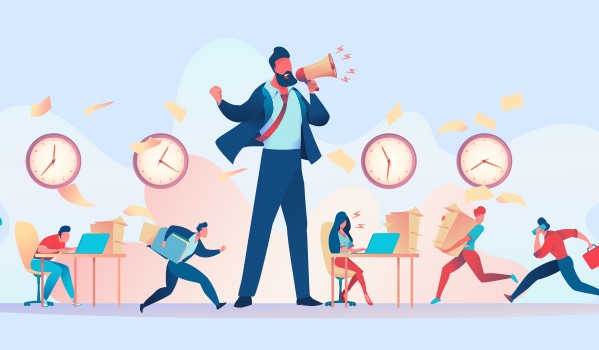 What kind of question is that, you may well ask?

Well, I have had the privilege of working with a few bosses during my career, so I thought I would share a few thoughts with you on what it was likeJ.

My first boss was Japanese. We were working at a refinery in East Germany. For various reasons, there was a delay in commissioning of the refinery. That is when I saw the cultural ethos, and pride, of the Japanese. As indeed teamwork.

Since this was a refinery, we used to work in three 8-hour shifts. So almost everyone including the Americans, who were the licensors, pushed off after their 8 hours was done. But not my Japanese boss.

He spent every waking hour at the refinery, exhorting his Japanese team members and us to complete the task, whatever time it took. He actually did not go home for at least 72 hours, till all the glitches had been sorted out and the refinery commissioned. During these 72 hours, he often spoke to how he would rather die, rather than face defeat at not being able to complete the refinery on time!

Subsequently, battle won, he went home with some colleagues and got sloshed!

What struck me then was the fact that here was a person who was leading from the front. It also taught me a lot about Japanese culture – where it was not one person’s problem, but everyone’s.

And how one must take pride in the work that we do! As indeed what Kamikaze meant!

The next boss was my boss at the ad firm I worked with. He was a stickler with a phenomenal eye for detail. I distinctly recall him actually going through 180 pages of legal forms with tons of small print for a new client’s legal documents. I had proofread all of these, but there were still 4 typos that he spotted. He blasted me for these errors. Talk about nitpicking! At least that is how I saw it then. After all, who reads ‘legalese’ in most forms that banks ask you to sign?

I instinctively knew that this boss had many informers across the organization. I also knew that he had people to track what employees were posting on their social media. I recall posting something innocuous on one of my handles. A friend had responded with a smileyJ. After posting that, I had pushed off to the UK, and was in the midst of a lecture when I got a call from a senior colleague from my team back in India. Apparently the ‘spymaster’ boss had called my entire team and given them a dressing down for what I had posted, since he felt that I was being reckless! On my return to India, my senior colleague came to meet me to convey a message from the boss, who was there in the office. I promptly stomped off to his room and asked him, ‘do you need spokespeople to speak to me’? Can’t you do it directly?’. Both of us calmed down after a brief chat. The cold war ended a month laterJ.

He is also an extremely wise person and his observations and reasoning are rarely wrong. That’s why I remember him with a great deal of fondness. He taught me the kind of things that could end up being reputation risks for anyone.

This was a very novel experience for me. Every time I met him, he would ask questions, and never give an answer! Every statement was followed by another question…the interesting thing was that he already knew the answersJ. His curiosity was underlined by his extremely polite manner. He never raised his voice. All his questions were ‘leading’ ones. I guess that was his way of getting a reconfirmation on whatever he had been told or heard. He would often maintain long silences during his meetings. These silences became quite nerve wracking and finally, someone would open their mouth….and a lot of what the boss wanted to hear used to come pouring out.

What I learnt from him was the art of silence, and the art of asking the right questions.

A very simple man to the core, and extremely media shy, he would love quoting from many famous works by eminent authors – Indian and international. A software genius and a genuinely decent human being, he always found meaning in the smallest of incidents. He would go to the core and explain himself by quoting from multiple sources. It was really difficult asking him to prepare for a media interaction. He had asked me once to give him some tips, prior to one such interaction. All I told him was, ‘Sir, please speak English’. Initially he did not take kindly to my comment and said, ‘’You damn fellow. What do you mean by saying ‘speak English’? What do I speak today?” I gently reminded him that he spoke technology and philosophyJ. He grinned and soon both of us were having a hearty laugh.

Fortunately for me, I just had a brief encounter with this type of boss. Not only was he a tyrant, but he was extremely foul mouthed as well. And being more comfortable in Hindi, he was always shooting off sentences with ‘BC and ‘MC’ peppered in. He tried to justify this by telling me once that he grew up on Lamington Rd in Mumbai, where everyone used these words. And that if he used them, they were not directed towards me. He also played dirty. He used a letter I had signed and sent to him for approval to add a postscript, without telling me, which cast aspersions on a particular journalist. I found that to be in thoroughly bad taste, and put in my papers, after which I was threatened. ‘You will never get any more jobs. You are finished. Who will look after your family?’

I did quit and got another job.

What I learnt from him was not to do any of the things he did.

And I will be grateful to him (he is no more with us) for this learning.

So, that was a lighter take on the kinds of bosses I worked with. And there are more, which, unfortunately, the word count of this column, which has been prescribed, does not let me elaborate onJ

What kind of boss are you/ aspire to be?

Are these are extraordinary times?