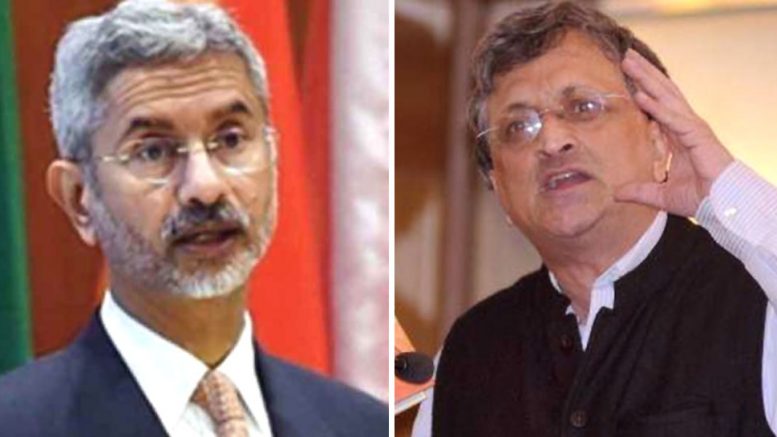 They used to say that journalism is history written in a hurry. I suppose the saying belongs to a largely bygone era when propaganda did not pass for news. But make no mistake. Even historians can be on the side of propaganda of one kind or another – wittingly or unwittingly. Even if they are in no hurry to meet deadlines or under no pressure to cut short their wordage as journalists often are,  historians still leave questions that need to be answered and some other questions that need to be raised.

Here’s where journalists need to step in again, methinks. There is more to journalism (the true, serious variety) than mere reportage of events. When public figures argue or squabble over history, it makes more sense to have a journalistic approach, as I realised last week when India’s foreign minister S. Jaishankar got into a Twitter spat over a new biography of late civil servant V.P. Menon with historian Ramachandra Guha, who in turn quoted historian Srinath Raghavan. These learned men quibbled over whether Jawaharlal Nehru, India’s first prime minister, really wanted the late Sardar Patel, India’s first home minister, in his cabinet or not.

You might even be tempted to ask: how does that even matter now? Ever since the BJP launched the Ram Mandir Movement in its march to power that it acquired in 2014, there has been an attempt to portray Sardar Patel as some kind of a patriot short-changed by the Nehru family, in spite of the fact that Patel was a senior Congress leader who served in Nehru’s cabinet for the most crucial period after Independence in 1947 and during the formation of the Republic of India as a unified modern nation. Little tidbits of history are dusted up now and then to prove or disprove what happened or did not in those times. These come in handy to a party whose government has gone out of its way to building a tall statue for Patel in his home state, even if he belonged to the Congress.

The latest trigger for the Patel-Nehru industry is a book by Narayani Basu on Menon, who played a stellar role in assisting Patel’s role as a political architect.  Jaishankar tweeted the contentious claim based on this work that Patel did not figure in Nehru’s first cabinet list, only to be challenged by Guha. To be fair to Jaishankar, he did not belabour his point but asked Guha to read the book in question, but the fact that he used the word “learned” on a contentious claim had done some damage. Congress leaders Jairam Ramesh and Shashi Tharoor also joined the debate on Guha’s side.

I have not read the book, but my point here is to say that when such squabbles happen, good old journalism matters more and does a better service than ideologically inclined or ambitiously zealous historians, politicians or civil servants. Here’s why.

Sadly, I found most news reports on the Nehru-Patel issue short on these journalistic virtues. What I read was stuff that compiled the tu-tu-main-main tweets that focused on the spat rather than the claims that led to the spat. A missed opportunity for journalism, I thought.  However, I found a reasonably comprehensive report in India Today etching out the controversy with journalistic credibility to note that Menon’s claim (made in an interview) was “not recorded” history while historians were speaking of published records. Jairam Ramesh produced a letter from Nehru showing Patel on the top of his cabinet list in July 1947.

Remember, it is not the historian but the journalist who puts things in a relevant context. She has the right to (and indeed the obligation) to show that historians are also not above follies. A journalist is humble enough to link sources to narratives and is often under compulsion in normal professional behaviour to bring contrasting narratives in a single dashboard view.

On the other hand, historians may also be like journalists looking for “exclusives” and much like journalists, are capable of fuzzy logic to get their names up in the history of their own vocation.

1 Comment on "Why journalists matter when historians quibble and squabble"

Employee sensitivity in a crisis

Starbucks turns race bias embarrassment into a global opportunity. Or tries to.