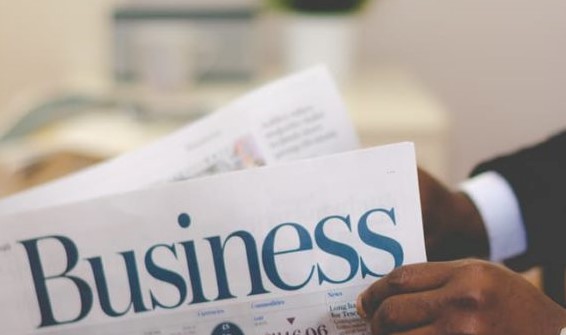 Numbers are so convenient. They tell the story in a way that makes it look convincing. Sadly, however, not all numbers are not true. If a man has a stethoscope around his neck and wears a white jacket, it doesn’t necessarily mean he is a doctor. He could well be a model for a toothpaste trying to tell gullible mommas that their child’s teeth need medical care and the tube he is talking of has it all.

Now, think of financial numbers such as GDP growth figures or company valuations. Sometimes, I think of economists and venture capitalists as the financial equivalent of the toothpaste-wala doctors. Because they have PhDs or went to Harvard or Wharton, it doesn’t mean that they are pure as driven snow. Or, for that matter, unquestionably competent.

Yet, we know that when there is Dr prefix in front of a name or a Harvard or Wharton degree attached to it, there is a lure. I find this lure to be true, especially among young business journalists. Reporters have to play along to befriend sources. They befriend celebrity economists and VCs but sometimes they are unaware that it is because they befriend them that some economists or VCs become celebrities. Sadly, business writers often fall a prey to numbers rattled by economists.

One basic rule of journalism remains: In any field, in order to verify a claim, talk to or involve someone else in the same field. You will either gain from competence. Or from rivalry. Often, I suspect, it is both.

Two recent events have made me think about all this. One is the controversial claim by former Chief Economic Advisor (CEA) Arvind Subramanian, who said India may have overestimated its GDP growth by about 2.5 percentage points in the 2011-2016 period. This raised eyebrows (and I assume, anger) among peers. The Prime Minister’s Economic Advisory Council came out with a paper written by a bunch that included its members that elaborately criticised the former CEA, citing conditions and dropping enough jargon to sound confoundingly impressive to the non-expert. I wrote a well-received piece elsewhere trying to demystify the whole thing. I said economists are like astrologers who believe in the same concepts but in a subject that involves estimations that leave enough room for approximations, assumptions and interpretations.

Now, business journalists also have to deal with a monster these days: the startup unicorn. The Flipkarts, the OYOs and the Olas of this world are run by smart young entrepreneurs and even smarter venture capitalists. Every time these companies raise funds, valuation numbers are whispered. Unsuspecting journalists then become the germ-carriers of a hype disease. I finally saw a cocky article in The Ken (sadly, it is behind a paywall) that tried to explain the VC culture of inflating valuations by invoking the metaphor of the Russian doll by discussing Softbank’s investments in OYO. In reality, any valuation could actually shrink as we go forward, much like a smaller doll coming out of the larger one. Softbank founder Masayoshi Son said last week that he expects OYO to become the largest hotel network in the world. But tomorrow is another day. You can never be sure of what happens to a startup until it gets acquired by a giant or goes public. Even when a startup goes public, merchant bankers may pick up where the VCs left off to carry on the hype.

Even big names such as JP Morgan have been accused of being involved in “nesting doll” schemes, though it is a loose metaphor for to describe anything in which the smaller thing hides under the bigger thing.

The key point to note is that pessimistic economists and optimistic venture capitalists are quite capable of putting down an economy or puffing up a company by using the eyes and ears of unsuspecting journalists. Remember, an estimate is not hard, unquestionable data but an approximation. Unless it is supported by a broad consensus or based on accepted social conventions, it is questionable.

Journalists are often questioned for not being experts. My answer is that their job is to be experts at defining what constitutes news based on their own domain in a larger social context. They need not be “subject matter” specialists, and even when they tilt that way, their primary accountability is to the narrative and the audience. More important, they need to have a nose for hype, the way they have a nose for news. The hype can be of optimism or pessimism. The journo can try and contextualise the whole thing to get it closer to realism. That is not an easy job to do because hype makes for great headlines.

Perception management for the non-profit: Boon or bane?