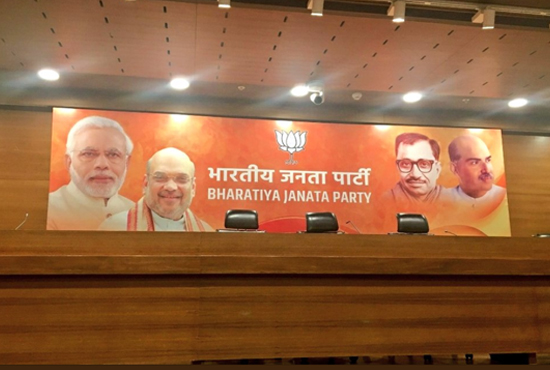 Last week Karan Thapar’s released his book – “Devil’s Advocate” which refreshed the memories of PM Modi’s infamous walkout of an interview with him back in 2007. In the book Thapar also sheds more light on the interview itself, the possible reasons that could have led to Modi’s approach towards it and its aftermath for him thereafter. Arguably, the instance also had a consequence on Modi, who at the time was known already to be meticulous and cautious in his media appearances, to become more so.

Seven years after the interview when he was elected to the PMO, he would make it one of his missions to make the government more transparent and accountable, while not considering press conferences to be a form of manifesting that mission. Instead, his media appearances have largely been limited to his archetypal rallies, joint appearances with world leaders, and interviews with friendly news channels which were considered scripted. In fact, with just about 10 months left in his term he is all set to be the first PM in India’s history to have not held a press conference.

So what is gained when Modi avoids press conferences?

His opposition in the government (and amongst political thinkers in general) have insinuated a variety of sharply critical reasons, of course. Kapil Sibal once said that Modi avoids press conferences as he does not have answers to questions. Others believe that it is an extension of his authoritarian attitude, and his want to practice it to control what he can. Without contesting these claims, or the propriety of this altogether, I try to understand what he gains by this approach.

By virtue of their positions, elected officials are subject to a great deal of media scrutiny. Usually most politicians are able to maintain healthy relationships with enough segments of media to have atleast a level playing field. Modi is probably one of the few political figures who have faced media’s incredible hostility throughout their political careers, and one of even fewer who have risen to such a national role. There’s no question that by and large all major journalists and news outlets have been aggressively critical of him, and he can count on that to be the case. Avoiding press conferences lets him keep that aggression at bay.

Sans such press events, he relies on media that are his strengths – charismatic monologues in public speeches, his radio broadcast Mann Ki Baat and a few other formats. Not only does that let him speak uninhibitedly, say what he want without interruptions or questions, but he can create escalated narratives the get picked up by and amplified several times over. In this manner, he leaves next to nothing up to interpretation, or at the risk to be misconstrued.

Beyond what he gains, it is also a question of what he loses while doing so. Modi is the most followed leader in India on Facebook and Twitter and the third most followed leader on twitter (After Donal Trump and Pope Francis!). He has his monthly own radio broadcast which is heard by millions of people directly. He makes limited speeches in the parliament but (and perhaps, therefore) each is considered more impactful. One could argue that by not holding press conferences he does not lose much in terms of reach. One of the eventual outcome derived from the output of press conferences is being picked by major news portals and social media, which happens through the formats on which he relies, anyway. Perhaps the tradeoff is not that large.

But to what extent is he trading off his reputation as an approachable, transparent and accountable leader? It is imperative to wonder whether these tangible benefits are worth the loss in reputation and respect that he suffers as a consequence. The question is best answered by those to whom his reputation matters the most – his core following and those sitting on the fence. Perhaps this approach makes him seem more in control, by taking the power away from biased sources (reducing susceptibility to fake news) or that he does not allow distractions from real issues.

Thapar goes on to hypothesise a few reasons in his book, why he thinks he was shunned by Modi immediately after his interview and by BJP at large in due course. He is also warned that it is not out of question that Modi may take revenge for this, and therefore his shunning was out of spite. If that is to be believed another reason for Modi avoiding press conferences is that that he just doesn’t want news outlets to earn TRPs at his expense.

Either way, Modi is likely to continue to be the first PM in India to have never held a press conference.

Are there other reasons why you think Modi does not hold press conferences? Let us know in the comments below or on Twitter at @HemantGaule

The R word and the why of it!

Things are constantly changing, so be on a constant learning-unlearning mode.

Why should you de-jargonise your corporate communications?