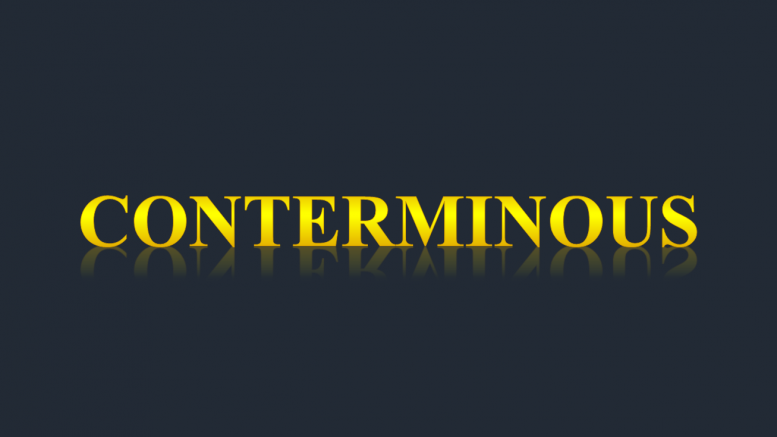 conterminous – adjective; having a common boundary; bordering; contiguous. ; meeting at the ends; without an intervening gap: – In our calendar system, the close of one year is conterminous with the beginning of the next.

This is another word for “bordering on”. Though a quick glance at the thesaurus, will show words of similar nature, “Conterminous” stands apart. It is this aspect of being adjacent and yet without an intervening gap the focus of today’s X-Axis. Having looked at the various frameworks that intersect the role of communications and disaster management, with particular reference to crisis management, the area of focus in this article is the framework of a response.

In the role of corporate communications, reputation management stands out as a rigorous discipline. Communicators and managers are often called on the task of cleaning up some continuously troublesome area of operations, to recuperate the image from some acts of being unfashionable in operation or perhaps unfairly maligned campaigns. Unquestionably, these tasks bring much to the fore the usage of lucidity and common sense, but it may be the habits of the profession are too deeply ingrained in the pedagogy of commonplace corporate communications and the rhetoric of long standing PR practices, that this is avoided.

Looking at the scenario of a post crisis, much information can be gained if there is a framework followed to understand the why and the therefore. Taking out an analogy from the world of theatre and the applications in disaster management, the elements of the framework can be listed out as –

The underlying factor to all these remains the intent, and communication of intent, both during and post crisis is what drives the narrative of measuring influence or in larger terms “driving the message”.

The reason for the connection to the aspect of theatre was a play script I saw on my friend’s desk in Mumbai. It was Apologia by playwright Alexi Kaye Campbell. The central character Miller is mildly famous art historian, who started out her professional life as a protester. It didn’t matter to her what the cause was, but she participated in whatever the protest was. The opening revolves around her birthday where her two sons are joining her for dinner and neither son is particularly happy with their mother’s newly published memoir, which doesn’t even acknowledge their existence.

Apologia, is a Greek term meaning “speech in defense,” this is different from an apology which means an expression of regret and a request for forgiveness for one’s actions. In the post crisis scenario with a structured communication around apologia, the organisation actively seeks to defend in response to accusations of wrongdoing, which is very important for reputation management. This strategy is built on two vital aspects,

These strategies are conterminous in nature and the skill of the application of this strategy is on clearly delineating these seemingly invisible boundaries.

An effective communications or reputation management strategy, particularly in a post crisis scenario is to regain the organisation or the spokesperson’s credibility without changing the audience’s meaning of the knowledge or information held, is the basic premise of a reformative response. This response is characterised by a claim of denial followed by facts to bolster the claim.

Conterminous to this is the strategy of the transformative response. This strategy is largely characterised by communications that attempt to alter the meaning which the audience attaches to the circumstance surrounding the situation. The components of this strategy are either differentiation or transcendence. Differentiation is the clinical separation of fact and sentiment in the context of the larger context of relationship. One of the best examples of this is the closure of one plant of operation to ensure the organisation’s survival. Transcendence involves the strategy that logically combines fact and sentiment with a larger context, which was not apparent during the crisis.

A conterminous imagery of this strategy would be –

When life throws you to the wolves, return leading the pack!

The Journey – Part I