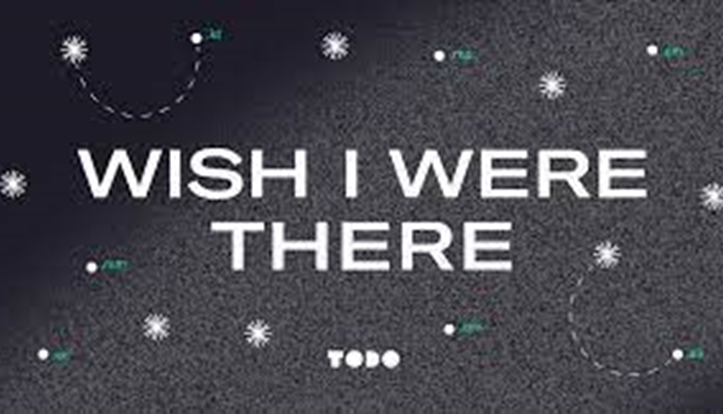 ‘Wish you were here’, goes a song by the legendary Pink Floyd – one of my all-time favorite bands!

Many of us in our careers may have hummed this song with a slight alteration of a couple of words.

‘Wish you were here’, would have become ‘Wish I was there’. 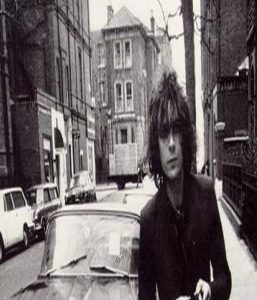 Syd Barrett one may not be, but there are occasions, both in our personal and professional lives, where each one of us would have preferred to be somewhere else than where we were.

Digging into my memories from the personal front, I can think of 3 instances where I still wish I could have been present. All the three are unpleasant instances and have to do with the loss someone very dear to me.

The first time happened when I was in Dubai. My paternal grandfather, who was 98, had written me a letter that he was not going to be around for too long. He had undergone a prostrate surgery and when he started his recovery, including going out for his evening walks, he fell and broke his hipbone. He agreed on surgery, but the realization that he may never be able to walk again, made him decide that it would be better if he moved on into the ‘blue yonder’. That day onwards, he reduced his dietary intake and was drinking no more than half a glass of buttermilk for almost 2 weeks. He passed away peacefully in his sleep. I was too far away in Dubai to return to India for his last rites – and all my tears were shed in the cold comfort of my apartment. That was possibly the biggest loss in my life, because my grandfather was in many ways my virtual father, my mentor, and just about everything that mattered.

The second time was when my grandmother passed away. I was in China, and again unable to return home in time for the last rites.

And the third occasion was when I lost Dad. I was enroute to the USA and had broken journey in Dubai to stay with a friend for a couple of days. My friend and I were in the Mitsubishi showroom, when I received a text message from my sister telling me that Dad was no more. This time, I was able to rush back to Mumbai, and from there to Pune to do the final rites.

It is on account of these three instances that I have come to believe in a strange ‘superstition’. If anyone in the immediate family (be they humans or pets), is ailing, I try not to travel overseas!

In all the above instances, my first thought was, ‘Wish I was there’.

On the professional front, two instances where I wished I could have been at the scene of the action, will always remain firmly etched in my mind.

The first instance was about our client in the telecom space. The advent of competition had made the client’s position in the marketplace very tenuous. Something out of the box had to happen. And it was something which did happen when I was playing ‘Syd Barrett’- away from the scene of action. I was in London at the University where I was guest faculty. I knew that something was in the air back in India. Because I had called up the Corporate Communications lead of the client in the UK (which is where the company was headquartered), and he had not responded or returned my call, as he normally did. I did not make much of it then and continued with my lectures. Once they were done, I spent a few hours at a pub, and returned to the apartment I called home in London and went to sleep.

The phone rang at 2am!

I answered. It was the Chairman of my PR consultancy. The first words that he said to me were not ‘Good morning’ or ‘Sorry for having disturbed you’.

Still half asleep, I suddenly awoke, and asked him what the congratulations were for.

‘Our telecom client is announcing their merger with another telecom company two hours from now’, he said.

I looked at my watch. It was 2.30am. 7am in India, given the time difference. The press conference was scheduled at 9am.

The Chairman added, ‘we got the go-ahead last night at 3am (IST), and we started calling media around 5.30am this morning, inviting them for the press conference at 9am. There were no media invites – just your team making the phone calls along with me. Given the importance and sensitivity of the matter, I could not tell anyone anything, and you are in the UK’.

The press conference was a resounding success, with more than 100 media in attendance. The Chairmen of both the companies which were merging were present, and the media mileage we got was outstanding.

The second incident happened a few years later. This time I was in Tanzania, sighting marauding lions, and trumpeting elephant herds in their natural habitat at the Serengeti National Park.

There was no network, so all phones were also wilting under the hot African sun.

Back in India, our firm had been fighting a long battle to manage the reputation of our client from the IT services space. The embattled CEO literally spoke with us every day to provide updates on where the next attack on him was coming from. Things had settled down somewhat, which is why I decided in consultation with our chairman to go on a vacation.

As we bounced around in our vehicle in Serengeti, suddenly one of my co-travelers’ phones showed signs of coming alive. I promptly asked here to google news about my client. Because deep within, I knew that the CEO was fighting a losing battle.

The lady whose phone had come to life, did the needful.

And my worst fears came true.

The breaking news from India had a headline which said, ‘CEO resigns’

I was devastated. Because I genuinely liked the person, and we knew where the attacks to undermine him were coming from.

While I was scheduled to return to India in a couple of days, my overriding thought was again, ‘Wish I was there’.

A second thought also popped up in my head.

‘Why do these moments always happen when I am not in the country’?

Because if you read the stories I have narrated, you will see that in each of the instances, I was overseas.

So, I guess I am a little superstitious.

Have you also wished that you could have been there at a moment which happened when you were somewhere else?

Do share your experiences and thoughts. I look forward to reading them.

The Changing Landscape of ‘Spin’