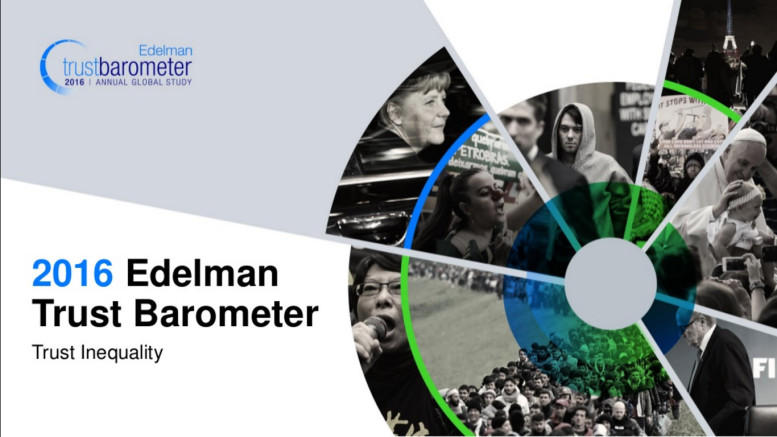 India stands at the fourth position. US presents the largest trust divide, followed by the UK and France. The 2016 Edelman Trust Barometer reveals that globally the largest ever gap (12 points) now exists between informed and mass population. The gap is reportedly driven by income inequality and divergent expectations of the future. While trust levels among informed publics are the highest ever in 16 years, trust is below 50 percent for the mass population in over sixty percent of the countries surveyed, having barely moved since the Great Recession. The trust disparity has widened and is now at double digit levels in more than half of the countries surveyed. The U.S. presents the largest divide at nearly 20 points followed by the UK (17 points), France (16 points) and India (16 points). 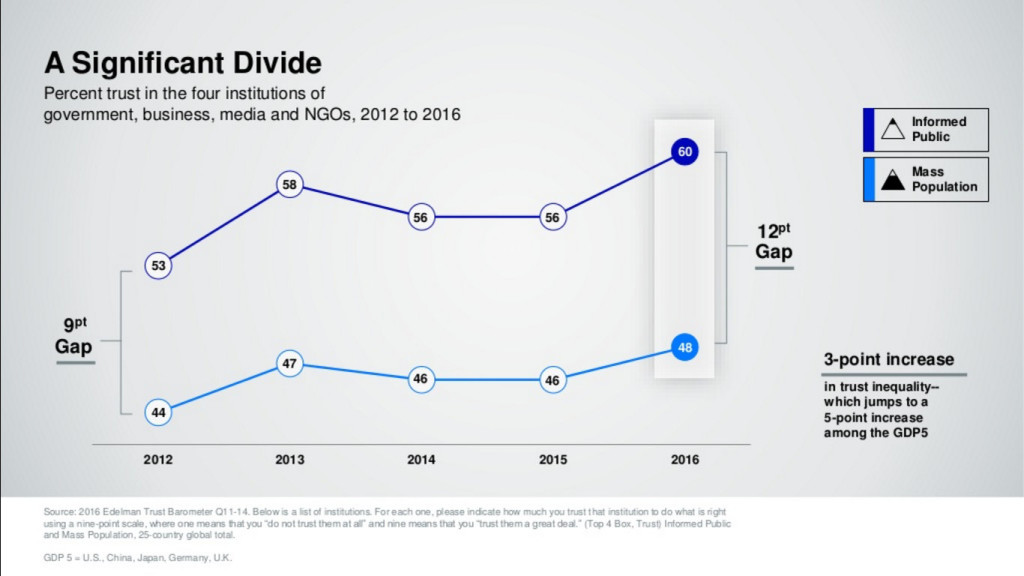 “We are now observing the inequality of trust around the world,” said Richard Edelman, president and CEO of Edelman. “This brings a number of potential consequences including the rise of populist politicians, the blocking of innovation and the onset of protectionism and nativism.”

Be the first to comment on "2016 Edelman Trust Barometer: Widening Gap"

Public Relations: What lies ahead

Ten Upcoming Indian PR Firms to watch out for