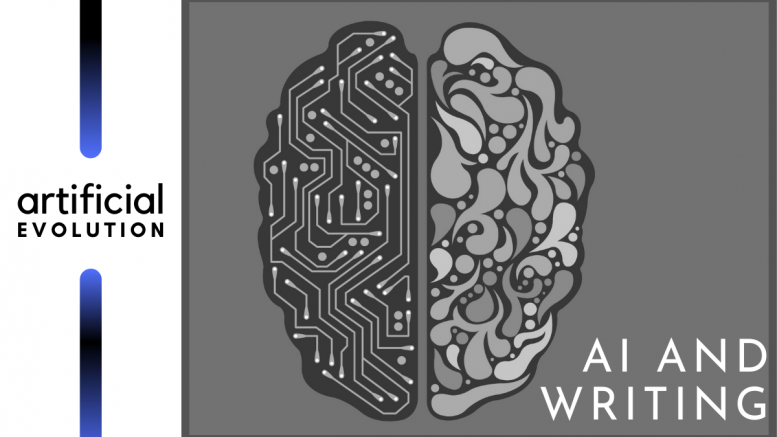 Artificial intelligence (AI) has triggered a technological revolution that will transform the economy over the next decade. Today, fear of artificial intelligence is rife, and many of today’s employees are afraid that their jobs will be replaced and they will be left in cold water while the world is taken over by robots. We are told that AI will take over our jobs, but ultimately it has no other use than keeping pets.

You don’t have to be an expert in artificial intelligence, but deep familiarity with the AI solutions available is becoming increasingly necessary. Marketing AI is already in place, and although AI will take on smaller, more time-consuming tasks, it will not replace the human ability to identify customers and audiences. Those working in the community should prepare for the onslaught of AI and emerging technologies.

The reality, however, is that AI, while far from supplanting us writers in the business, will strengthen our role. AI can potentially save journalism, but it will take on more jobs and bring with it more content because that’s what it’s about.

Experts believe that copywriting will not be entirely done by AI, but in the future it will probably be done with the help of AI. Creatives will have to write their roles in the growing use of artificial intelligence. AI writers and editors will continue to be useful to human authors, as they could help create highly technical and quantitative descriptions – especially in long-form writing.

Artificial intelligence will become part of the writing industry as researchers and companies increase their efforts to create AI authors. While AI will continue to disrupt writing, the net effect for writers and the industry in general will be positive.

AI may be cutting-edge technology, but it will not replace content authors, for one important reason: AI cannot replicate the creativity that writing requires. When it comes to producing new and interesting content, AI authors lag far behind their human counterparts in creativity. If you hire an AI author with outstanding results that none of them can achieve, you might get away with it.

Okay. Here’s something you should know.

Everything you have just read was written by a bot. It took five keywords and about 4 minutes of processing.

The only things changed are the words in bold to keep sentence structures sensible.

AI is not ‘in the future’ anymore.

When researching for a new subject to write about, I wanted to experiment with something that gives you, the reader, a practical example of the subject. I thought: “Hey, I like to write. Should I write about writing?” Then a friend suggested – go meta. So I thought “Great, let me write about How AI will take over writing”. This further sent me down the rabbit hole of:

“Woah, I should let AI write about how AI will take over writing”

In September 2020, The Guardian published a similar piece using GPT3, OpenAI’s language generator, to write an essay to convince the human race that robots come in peace. Fascinating article. Their article however, had assisted inputs (the first paragraph was drafted by humans), some copy editing and the resources of The Guardian.

I had a Macbook and 10 minutes.

A friend (Thank you, Essa) told me about this and crushed my sense of “originality” in writing a piece like this.

In essence though, the Guardian article further validates my point of AI in practice. Today, there have at least 20 good spinbots (regurgitates existing content online for a subject or keyword) or AI driven authors (develop content based on predefined data and automated decision processes) available for SEO, blog writing, digital content and social media. It’s science fact and is used everyday.

It’s not just quantity i.e. Sourcing lines and paragraphs from sources to form cohesive articles. The first piece of the article actually has a 100% Unique rating on 2 different Plagiarism Checkers – SmallSeoTools and PlagiarismChecker. They’re not the most sophisticated tools but are probably used a lot for content of this kind.

It’s important to know about the Turing Test when it comes to AI. Originally called the Imitation game, it was developed by famed mathematician Alan Turing. Besides his work on cracking the Enigma code (depicted wonderfully by Benedict Cumberbatch in the 2014 film The Imitation Game.), he also laid down the foundation of the theory of a computer’s ability to represent itself as indistinguishable from a human interaction.

When I tested out the unedited version with a few friends and copy editors they had the following responses:
1. Your messaging seems distracted. Narrow it. Put it in flow

For all intents and purposes, in a blind reading sample of about 12 people, there was no reasonable doubt that the piece was written by a writer. One made of flesh and blood and not 1s and 0s.

Did you feel the same? Something was off, but not quite?

As the bot explained earlier, jobs won’t just disappear. Writer bots were created out of a demand for easier and more efficient content. Their primary use is going to be for replicating, researching and reconfiguring existing content for the foreseeable future. Based on some early stage open source neural networks, we can assume that writer bots might become a necessity for a large scale content output.

The first AI written novel, screenplay and of course, essay already exist. They’re a bit wonky and strange, more so than you’d expect but ultimately like everything, evolution is an iterative process.

Creativity, or essentially generating and/or implementing an original idea is an inherent human trait. We learn, grasp, retain, process and deliver an output. Although the bot said otherwise, fundamentally, it’s reasonable to think that AI can reach this finite definition of creativity. Nuances of decision making and alternating ideas may still be a few years away. Some claims have been made by the larger network agencies of the world that AI can now write ad and social media copy. Great for investors. Makes things better – cheaper – quicker.

Ignorance about this subject is like ignoring the Internet in the 2000s. Although we can talk endlessly about how AI is used and how it can help (like support in writing), I urge you to pay a little attention under the hood. Find out the basics on NLP, Machine Learning and Neural networks.

Developing co-existence is the first step. Since AI is not a human being, it’s probably not motivated by money, power or any other driver that we believe to be important. If you’re a writer, read about AuthorBots and see how they can help. If you’re into copy editing, find out how tools like OCR help in transcribing and editing.

Using AI today will guide how we use AI tomorrow.

Are you a follower or a fan? How storytelling can create deep-connect with brands

Purpose driven marketing will give brands an edge post the pandemic