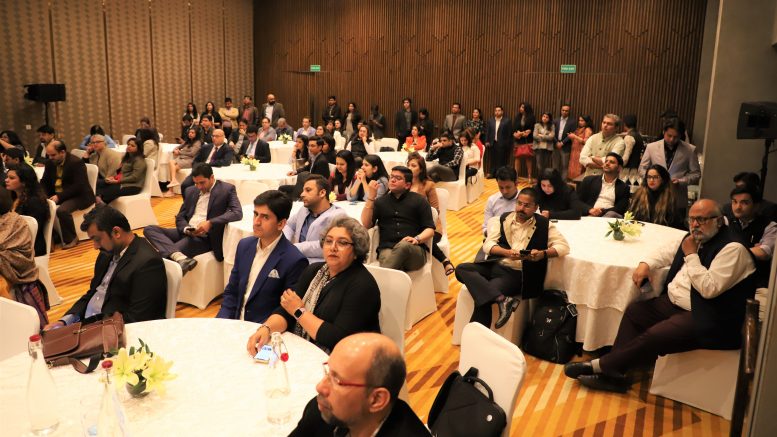 This first week of March witnessed two unique events on a single day. Probably, that is a first in Indian Public Relations – where on one day a two-member team pulled off a conference with over 140 people in the first half of 7th March with over 15 speakers and then later that day a second event was executed with around 20 attendees that were common to the morning conference and the remaining 120+ people who were unique. At the Super Night we also celebrated the 80th birthday of the grand young lady of India PR – Jayoti Lahiri.

The conclave in the morning was in Gurgaon and the Super Night in the evening was in New Delhi. Both had a different set of sponsors, content and presenting partners. And both events went as planned. In addition to this a leading business newspaper also piloted its communications conference in the capital city which was well attended.

I have written about this before and state again that any event has four elements – content (speakers), partners (sponsors) and attendees (those who come through sales and marketing efforts mostly done through various digital outreach methods) and the fourth element being the event day production. Getting speakers and sponsors is not hard but the challenge remains in attracting an audience because time is increasingly becoming a priceless commodity. Event organisers are applying various tricks to bring the right audience but in my opinion and this is of relevance to PR professionals, credibility of the event and the event organiser are of paramount importance. And credibility can neither be bought nor created through hard work. It can only be earned through honesty.

Well, in other news India’s largest PR firm Adfactors marked Women’s Day by offering some of the women, leadership roles for the day which created a lot of conversations in the communications circles. Lebana Penkar took charge of the Chairman’s office. Arwa Hussain was the acting managing director. This indeed was an interesting idea.

Well, towards the end of the week the Election Commission of India announced dates for the General Elections of 2019. And these will run from April 11th to May 19th with counting of votes on May 23rd. The next few weeks will indeed be intense with most of the newspapers and news channels focusing on this once in five-year event that is probably the largest exercise of its kind in the world.

At the School of Communications and Reputation, applications are trickling in for the fourth batch of students. The response so far has been very encouraging with interviews taking place across the three major metros. The ten-month programme commences on August 1st.

Next, all eyes are on the annual summer conclave that takes place at the Godrej campus in Mumbai on May 16th. This is probably the only PR conference in the world where six business leaders present keynotes on various aspects of Reputation and Influence.

There is also a proposal by SCoRe to create the third edition of Manifest – the reputation management retreat by taking it overseas and creating an immersion in the PR offices of an international market in July.

Planning for all this and more has been happening in the first week of March amidst the various events you read about. It indeed has been an engrossing March.

Working on a Marquee Client – Chapter 5