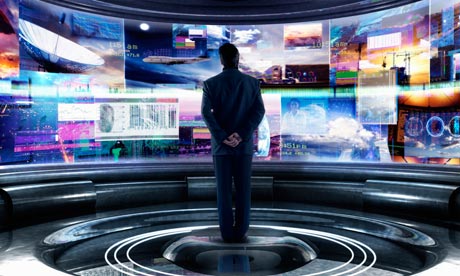 You know there is a huge power-shift in the world of news and journalism when you find technology companies doing what editors and publishers are supposed to do. Last week, Google and Facebook were both in the news over their new approaches to news.

On the one hand, it is heartening to see a lively set of television commercials from WhatsApp, owned by Facebook Inc, telling group administrators not to fall for rumours or spread them. On the other hand, FB was in the news in the UK after a parliamentary panel said the social network giant had “struck secret deals to give some developers special access to user data while refusing others.”

Concerns on privacy and selective use of data both reflect an editorial responsibility thrust on technology giants in the 21st Century. Noam Cohen, writing on Facebook’s ‘fake quest’ to connect the world wrote in Wired:

“…take away a faith in the goodness of Facebook, and what’s left is a monolithic entity, designed for relentless tracking and targeting and manic growth.”

Google, meanwhile, with equal social zeal, is teaching journalists how to use artificial intelligence in the newsroom. The Google News Initiative (GNI) has joined hands with Polis, an international journalism think-tank at the London School of Economics and Political Science to create Journalism AI to focus on best practices. New tools including Google Earth Studio are supposed to help better storytelling.

There you have it. Journalism is being both helped and hindered by the awesome might of technological platforms. Journalists now have to carefully distinguish between three aspects of such platforms.

The first is the power of platforms to dictate or influence content flows, just like old publishers and editors used to determine what gets how much space or time. In the new world, circulation as the driver of news priorities may give way to user data but the core issue remains: there is no authoritative editorial morality unless you count rearguard efforts by platforms to fight charges of fake news or abuse of technology.

The second is the reach and the ability of tools to improve journalistic productivity or the art of storytelling. This is a good thing but perhaps it makes sense for the journalists to be clear that tools only help better storytelling while the choice of what constitutes a better story or a more worthwhile story is best determined by what I call “editorial morality” that must stay outside both technology platforms and virtual mobs clubbed under “user data.”

The third is the question of regulation. There is going to be a constant struggle on how to police these technological monsters Parliamentarians and regulators in the US and Europe are already on this. European regulators were mulling earlier this year about regulating social media just like telecoms while an American senator offered a policy paper to regulate Facebook to check misinformation.

In the US, Congress has been accused of being soft on Facebook despite being cited as “a primary motivator for the rise of autocrats across the globe.”

Clearly, Indian policy-makers and regulators will have to continue monitoring these tech giants but the challenge is of new-age witch doctors emerging in the form of tech geeks who are likely to know more than regulators ever will. Indian think-tanks, journalist organisations and policy-makers have to go that extra mile to make sure that technology that has a public character does not undermine public interest.

It is as if technology liberated journalism from media barons, only to usher in geek barons.

1 Comment on "Are Facebook and Google the new media barons? Technology turns a double-edged sword for journalism"

Have you identified your development zone?