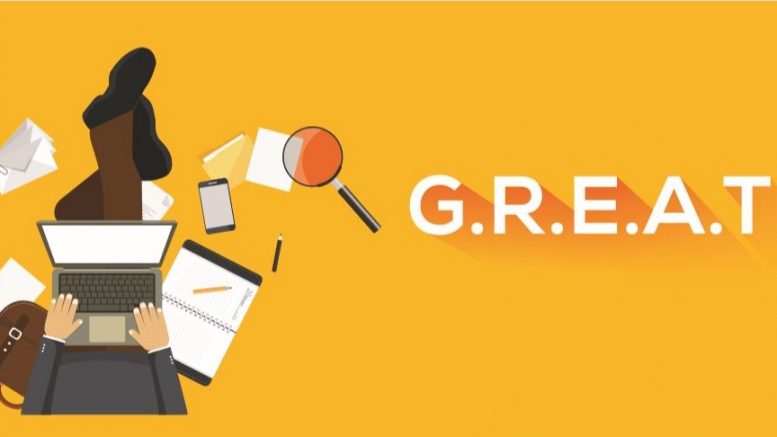 Today’s column is the introduction from a webinar I presented recently on metrics for measuring. It is longer than usual and has a lot of food for thought.

Public Relations, in fact, if you go by what the Arthur Page Society describes it as sometimes – is largely about behaviour. It’s about what we do, about what we do on behalf of companies we work with. It’s what brands do, it’s what brands say. It’s what brands position themselves to be, and how companies are perceived by various stakeholders who interact with these companies on a day-to-day basis as employees, as customers, as shareholders as suppliers, and as the community who lives around where the company operates out of.

So, let’s keep in mind that measurement of public relations actually hinges on measuring the behaviour of a brand, the behaviour of a company. Media output, based on digital or print or television, is just one of those things that happen because of the effort that goes into building the brand of a company. But largely brands, companies, organisations look at creating positivity with stakeholders.

These five things I just shared about can easily be put into five buckets which I have written about earlier. They are

which in short, I have called ‘GREAT’. Goodwill is nothing but creating positivity. Reputation is what the stakeholders think of that brand or company. Engagement is nothing but connectedness. Affinity is how we refer to liking. Trust is the belief one has in a company or brand or organisation.

Why then do brands measure media coverage, which is just an outcome of one of these five things I just spoke about? And we all get confused with measuring our efforts based off of media coverage, which I think is an incorrect practice which has gone on for years. And I think it’s time to change. Just a few days ago, the AMEC summit took place in Barcelona. AMEC has been doing quite a bit for a while, but I think there’s a lot more to be done. PR professionals of the current times, the younger lot in their late 20’s and early 30’s need to do much more for future generations when it comes to measuring public relations.

Someone needs to write an encyclopaedia on measuring public relations. The first chapter must say, you can’t measure PR, you can only measure campaigns. Something we forget all the time is that PR comprises communications and non-communications initiatives.

But, we also have to keep in mind that all that you cannot measure need not be things that are small. There are big things sometimes that we can’t measure as well. For example, a few weeks go if you would have seen an ad by the American Eagle store somewhere in the United States that created a laundry for free for millennials to come and get their clothes laundered at. I mean, how do you measure that??

If those kids who come there are from poor backgrounds, they may never be able to afford an American Eagle outfit. But they still come to an American Eagle outlet to use that laundry because the service is available. That creates goodwill for the brand. It creates a higher reputation not only in the minds of those who use the laundry, but in the minds of its regular customers as well. It creates a level of engagement.

Maybe when these guys and girls who come to use the laundry reach a position when they can afford to buy American Eagle outfits, they would always consider that brand over others. It also creates a liking for the brand, and that is affinity. It helps youngsters who become potential spenders in the future to trust in that brand for offering them their service when they were in their teenage or younger days.

The new concept that is taking the world of communications, public relations and business by storm is, to my mind, a kind of scam waiting to unravel itself. It’s the concept of “influencers”, which I think is a new menace in society for brands, consumers, and for genuinely influential people.

A lot of brands and organisations are getting confused between influential people and influencers. Genuinely influential people are those who have a credible track record of work experience, educational qualifications or a body of work. But fake influencers are those who have mastered the art of creating a huge number of followers by doing nothing at all. They offer themselves to brands, to be able to help those brands in exchange for some commercial deal, a way to reach out to stakeholders and customers.

Taking all of this into consideration, we need to be very mindful of how we create various metrics to measure all the things we do as PR professionals. I think the first goal of a person in PR, especially if he or she works in-house, is to ensure that if there are written briefs for every campaign he or she commissions. The briefs should also include a way to measure what goes into objectively looking at the evaluation of that campaign and the effort that went into it.

A lot of brands are moving from the concept of Return on Investment (ROI) to Return on Objective (ROO).  I think ROO for earned media and for public relations is really more important than ROI. Over the years, I’ve come to believe that the best way for brands and companies to approach stakeholders is to be honest. But I don’t think anyone has ever found a way to measure honesty. I mean honesty, at the end of the day, brings in more respect and raises more credibility, but it is very subjective and difficult to measure.

Significance of ROI in Public Relations

Be the first to comment on "Are we measuring what we ought to measure?"

How to stick to your fitness goals

Let’s go on a ‘creative date’

From Leap Year to Hope Year