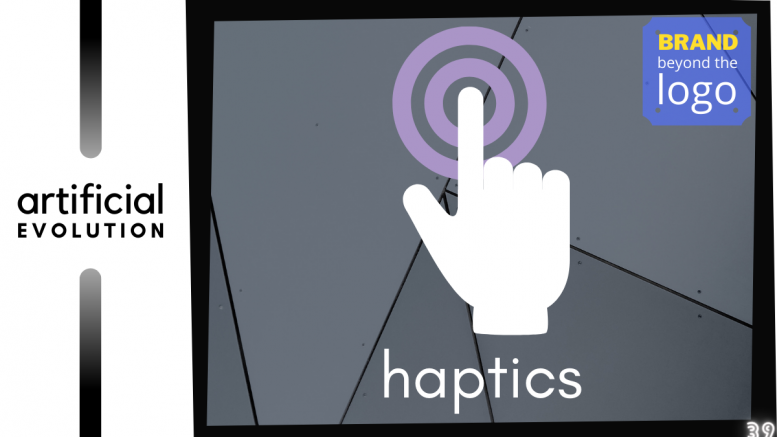 In continuation of our “Brand beyond the logo” series, this week we discuss how brands use haptics and touch interfaces to interact with the end user. To read part 1 of this series, click here

Like most people, I have some strong priorities in the way I use my phone.

My display layout is black and white. I have exactly 2 games on my phone – COD Mobile and Scrabble. Lastly, I don’t have any social media apps.

Then one day I got a credit card.

Credit card companies – when I want to pay you the money I owe you, wouldn’t you want to make it easy? With buggy transitions, layouts last used in the early 2000s and not allowing multiple payment methods – you’re alienating the customer.

Your lack of customer centricity is why CRED exists.

When I downloaded CRED for the first time, it was nice. Dark theme, easy navigation, good gesture input, interesting rewards and I COULD ACTUALLY PAY MY BILLS IN THREE MINUTES OR LESS.

The way the CRED positioned itself as a premium (read: “exclusive”) app was through effective brand partnerships with like-minded brands, their reward structure and their ads (largely in english or focused on ‘not everyone gets it’).

Around late 2019/early 2020, they rolled out their new update. And it changed the way I started thinking about how apps should be designed. 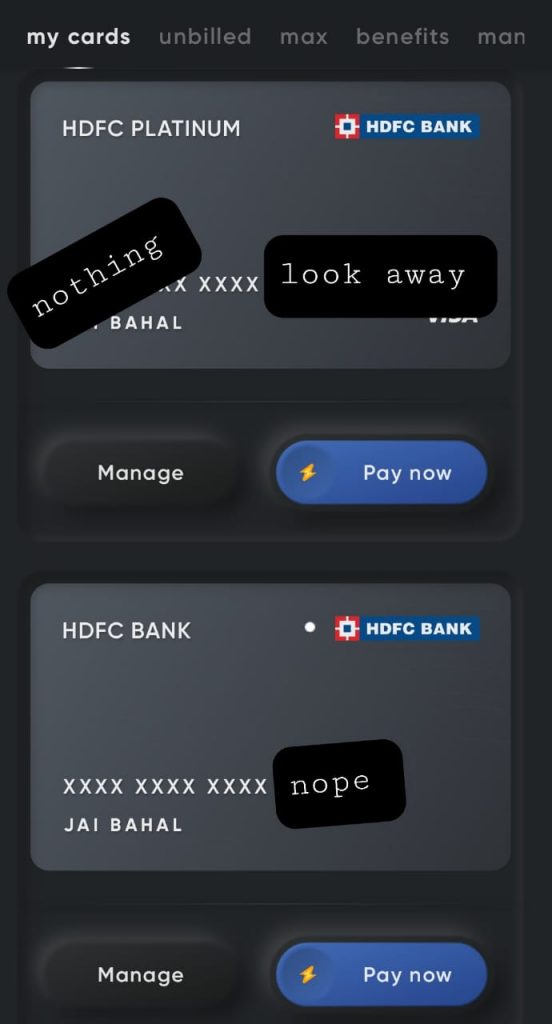 The new update to CRED made the screen feel more tactile. It was really strange the first time I pressed the “soft-touch buttons” on screen. It felt like a natural progression to their theme of a premium experience. On CRED, buttons to ‘Manage your card’ or ‘Pay now’ or ‘View FAQs’ mimic a familiar touch feedback through your device’s vibration motor that a physical soft touch rubber button would. For me, this was an important lesson.

“Haptic information is the information we acquire using the power of touch. Haptic marketing is a relatively new discipline that focuses on the use of tactile sensations to influence purchasing.”

In 2021, we’re so used to using touch-screens, we’ve forgotten how the clicky keys felt on our Blackberries and Nokias less than 10 years ago. After they were adopted en masse, haptics and touch input was one of the easiest ways customers connected with their devices. With the introduction of multi-touch (which brought pinching in and out, long press to delete etc), we got used to this ‘natural progression’ of interaction.

What types of haptics are used?

This year Sony went a step ahead by providing a specific function to it’s new PS5 DualSense controller. It solved a gamer problem that has existed since the beginning of games. In racing games specifically, gamers used to mash the buttons or triggers hard for max output. However, they only got either full acceleration or none of it. This time, they put in rotors in the back triggers. This way, gamers could actually control the level of input for, let’s say, pulling off a drift or powerslide in Forza 8.

IGN explains how it works:

Whether to increase efficiency for digital ad slots or increasing brand recall by customer engagement, haptics are still in their infancy. There is a lot that can and will be done in the future. With the VR industry crossing the USD 10 Billion mark in 2019, haptics will grow in tow. Also, like the CRED example first stated in the essay, imagination trumps brute force. Creativity in use of haptics is what brands would probably focus on. More brands, especially, consumer electronics will need to used innovative haptics to keep their audiences addicted to ‘that feeling’.