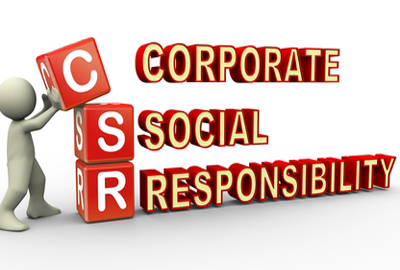 It’s a fact that founders or business owners now know that the corporate world has more power than people realize; and using that power to improve the world can take them many strides ahead. And corporations can solve big social problems, that have a far-reaching impact. Corporate Social Responsibility (CSR), one of the positive outcomes of sound corporate governance, is impacting positively on many lives and communities.

While speaking about what sparked the creation of Bill and Melinda Gates Foundation, Bill Gates shared why giving away their wealth was the most satisfying thing they had done. It was way back in 1993, when Bill and Melinda Gates took a walk on the beach that this big decision was taken: to give their Microsoft wealth back to society.

In fact, the two people who embody success today is Bill Gates and Steve Jobs. Their brilliance led to unbelievable technological breakthroughs that have changed the world.

But, have you thought about who has earned a lasting legacy that will live in public memory? Here, it was enlightening to note what Malcolm Gladwell, the celebrated author of The Tipping Point, Outliers and Blink, had to say. He observed that there will be a difference in the perception of these two business giants. Fifty years from now, he noted that “Steve Jobs will be no more than a minor footnote in the pages of history; Bill Gates, on the other hand, may well have statues erected in his honor in countries around the globe”.

Giving back to society is the differentiator

And, the reason? Bill Gates went beyond what Jobs did. He reached a time in life when making money wasn’t as important as the charitable work he could achieve through Bill and Melinda Gates Foundation. Ultimately, that is what gains eternal gratitude of generations that follow. Gladwell succinctly summarised it: “I believe the future will ultimately remember tech giants more for what they gave back to society than for what they achieved business-wise.”

Success isn’t defined by what we manage to get, but rather by what we are able to give. A principle that is endorsed by Warren Buffett, American business magnate, investor, and philanthropist. The life and times of this self-made billionaire, the man behind the single largest act of charitable giving in history is the rarest of rare case studies in the business world. Having over $23 billion to charity in his lifetime, makes him one of the most generous philanthropists in history. He also co-founded the Giving Pledge with Bill and Melinda Gates in 2010, which was followed by many other billionaires from different countries, who also committed to give at least half of their fortunes to charity.

Closer home, in India we need to know how JRD Tata described it – “The wealth gathered by Jamshedji Tata and his sons in half a century of industrial pioneering formed but a minute fraction of the amount by which they enriched the nation. The whole of that wealth is held in trust for the people and used exclusively for their benefit. The cycle is thus complete; what came from the people has gone back to the people many times over.” The Tata Group has also been involved in philanthropic initiatives – educational institutions, healthcare services, infrastructure and community development, and various other welfare activities through the various trusts endowed by the founders of the group.

Many other industrial houses in India, had founders, who have contributed richly to the society like the Birlas, the Godrej Group, etc. The Azim Premji Foundation, personally run by the Wipro chairman is involved in the universalisation of elementary education.

Reliance founder chairman, late Dhirubhai Ambani had maintained that Reliance’s primary objective was creating shareholder value, although very late in life he did express the fact that he should have done more social work during his lifetime.

Today, CSR has developed into a critical factor that the business enterprises are involved in. And, the founders are closely engaged in blazing new trails in this direction.