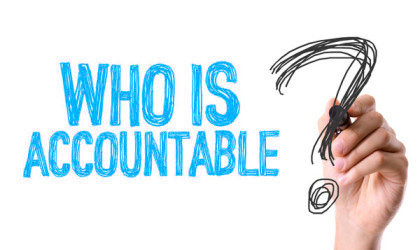 So, much is at stake today where corporate reputation is concerned. And some questions crop up: Who owns or is accountable for corporate reputation in all its complexity? The Founder? The CEO? Customers? Employees? To me, it seems like all these players do have vital roles to play and they have an important stake too. Of course, the Founder or CEO typically has a significantly weightier presence.

It is seen that the success of a company is strongly intertwined with the profile of its leader; the more elevated the founder’s or CEO’s profile, the better the junta’s perception of the company and its performance.

Since the CEO/Founder is responsible for setting the strategy and vision of the company, ideally they should also maintain a good reputation, reassuring stakeholders the business is in good hands. But, what is the dynamic when a major global brand persists with a high-profile leader? Here, a good example of a celebrity figure head is Virgin Group Founder – Sir Richard Branson.

Organisations are mobilising themselves to communicate with stakeholders. Currently, it is about building corporate reputation. Organisations are not only engaging with stakeholders, they are also becoming more transparent about their corporate social performance. Then comes the point of accountability, and central to the notion of accountability is the concept of trust.

Is it the owner’s responsibility to make sure the business reputation is not being affected, or does the responsibility fall on the shoulders of the employees? What about the company’s Public Relations team?

Today, most successful business owners are aware that reputation is – priceless!

Who is accountable: The Founder?
In many cases, the reputation of a company can be confused with the reputation of the person who started the company, so it is in the owner’s best interest to make sure that the company’s reputation is kept flying high and intact. Here, Steve Jobs was a striking example – for the public would often view both the man and his company (Apple) as one. Walt Disney and his company is another example.

At the end of the day, the buck stops with the owner, so ultimately, it is that person’s responsibility to make sure all of the employees add to the perception. The Walt Disney Company expected every single employee to feel responsible for the quality of their products and services, and because of this expectation, the company got rated near the top of most lists that compile “most reputable businesses.”

Inextricably linked to the reputation of a company and its value is the owner or Founder’s reputation, and his or her character or ethical conduct plays a critical role in a company’s reputation. By the decisions they make, the credibility they earn, the team they choose, and the tone and values they set, they actually determine a company’s destiny.

Who is accountable: The Employees?
As they have the closest contact with customers, vendors, and suppliers, employees have a large stake in a company’s reputation. Even if a single employee does not adhere to company policy, or treats a customer negatively, or makes inappropriate tweets or posts about the company on Facebook/Twitter it can send the business’s reputation spiraling downward! They can air likes and dislikes on almost any subject, and with a single click of the mouse, sometimes employees can make or break corporate reputations.

We constantly notice organisations rubbing shoulders to be ranked high on ‘Best Places to Work’ lists – this reflects the fact how employees are an ever-increasing factor in corporate reputation building.

Reputation is its own currency, as it were. The Founder, the CEO, the consumer, the employee – are the major players in maintaining reputational equity. It’s how they play their roles, that will go a long way to determine if corporate reputation is kept safe and sound!

Be the first to comment on "Who is accountable for business reputation?"

Facts in the age of opinion