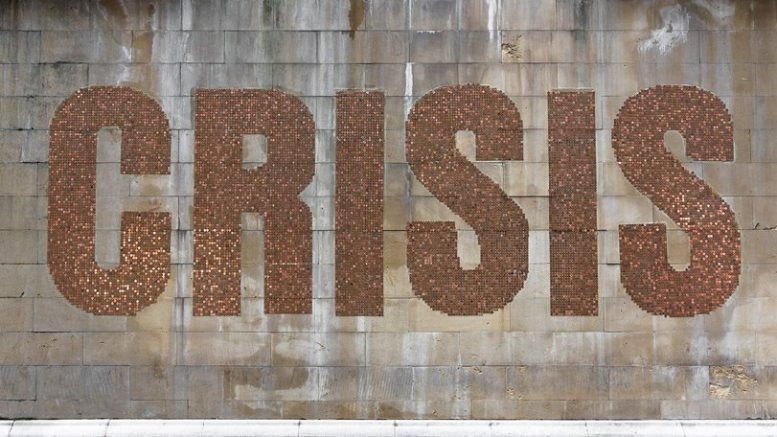 Having over the past few weeks spoken about the communications that are involved in a crisis situation, this article breaks down what a Crisis actually is. The word crisis is derived from the Greek krisis and krinein. Krisis was a medical term used by the Greek physician Hippocrates to describe the turning point in a disease. Krinein, on the other hand, means to judge or decide. Put together it refers to a decision point requiring a decision of judgment.

Associated with this understanding of what a crisis is,  is the essence of what causes a crisis. The many explanations range from faulty decision-making, oversights, accidents, natural changes and unanticipated events. The summary of these causes can be classified into three categories

This categorisation emphasises the interactive complexity that develops around larger-scale socio-technical systems. Large systems, particularly those built on industrial or even societal scales, typically are technologically intense, but on successive levels of technology, and create very high levels of complexity. The interactivity in its very essence is that one system impacts the other. It is in this simplistic context that communication plays the biggest role.

A second but related view of crisis is that they are caused by failures in warnings, faulty risk perception and foresight. This view follows the logic that when a risk or threat can be anticipated, it can be avoided. In the corporate world a crisis is an “intelligence failure” or a “failure in foresight”. Risks are often poorly understood or more often poorly communicated. Sometimes the signals of an impending crisis are not accurately interpreted, or not assembled in ways that allow managers to connect the dots. Many crises, such as the Bhopal, India/Union Carbide disaster, the New Orleans/Hurricane Katrina crisis, and the Exxon Valdez oil spill, can all be understood as failures to perceive, understand or appropriately communicate risks.

A third view of crisis cause suggests that these events occur when vigilance breaks down. According to this theory, decision systems, such as small groups, sometimes develop pressures to conform and reach consensus and a sense of invulnerability; these reduce their ability to evaluate information critically and assess risk. Faulty decision-making characterises many crises. These faulty decision systems and breakdowns in vigilance are often reflected in what can be described as fantasy planning.

Communication strategies and plans based on possible disasters are often based on wildly optimistic assumptions and have little hope of actually working. In a larger sense of application these communication plans are best described as as rhetorical documents designed primarily to convince the stakeholders, that technologies are safe and that appropriate precautions have been taken.

Although there is general consensus about what constitutes a crisis, there is almost always debate about what, and who, caused a crisis. Issues of causality are related to responsibility, accountability and often liability. Therefore, strategic portrayals of blame, cause and responsibility tend to dominate the discourse following a crisis. It is also important to recognise that the term carries considerable semantic weight and thus is used strategically to call attention to issues. Defining an issue as a crisis means that some action must be taken in response and that resources should be made available. Some- times there is public disagreement regarding whether a situation constitutes a crisis, with advocates hoping to make the issue part of the public agenda precisely because it is a crisis.

Organisations who have experienced a crisis often feel an intense need to ensure that such an event never happens again. Explanation and understanding is part of that process. The most important part of this process is, communication of the experience or sharing the story of the crisis. These narratives help others learn and make sense of the event. Crises, however, are anomalous events and generate high levels of uncertainty about what is happening, why it is happening and what should be done. Communication strategies should be designed to be particularly appropriate in these contexts for informing decisions and actions. Beyond this, however, a crisis strategy helps build a more comprehensive understanding of crises: how they develop, what role they play and more importantly, how they can be managed.

Privilege – and the Corporation