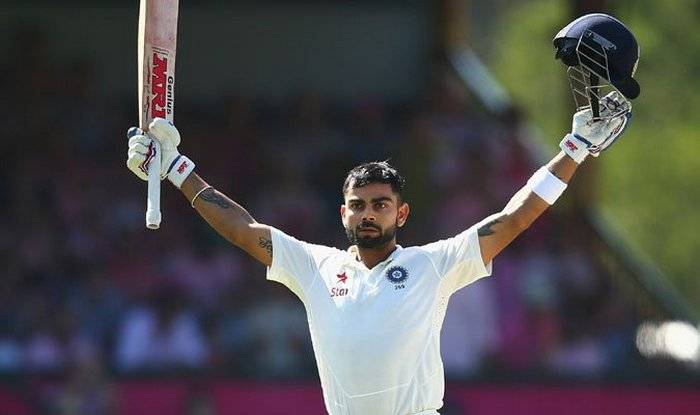 We are a nation, where cricket is a religion. And, when it’s about cricket, the entire nation is engaged. We live, breathe, eat, drink cricket! Recently, the intensely exciting India-Bangladesh clash, where India won, had us bowled over. What was mesmerizing was that in this battle, India was dominating from the word go; Bangladesh only offered feeble resistance, which only slightly shifted the inevitable – a huge win for India!

The invincible Indian captain Virat Kohli and the batsmen on his side, batted off runs galore. In fact, it goes without a doubt that records and hard-hitting knocks go with Kohli. And that trend continued during the Test, which climaxed in the Indian skipper’s double century. And, all cricket lovers agree in unison, that Kohli is arguably in the best form of his life, this being his fourth test double century.

With cricket top-of-mind, all eyes moved on to India’s biggest cricket carnival which peaked on February 20, when the auctioning of the tenth edition of Indian Premier League (IPL) took place.

As the auction came to an end, it was seen that all the franchises boosted their teams with both foreign and domestic players. And, overseas players ruled the IPL 2017 auction as the top eight buys were all foreign players. England’s Ben Stokes topped the list as Rising Pune Supergiants shelled out a whopping Rs 14.50 crores for him, and Tymal Mills too attracted a bid of Rs 12 crores, as he went to Royal Challengers Bangalore.

When it’s IPL, invariably brands get engaged. IPL’s money spinner saga this year is impressive. It seems there are nine sponsors for the 10th season of IPL, which is all set to launch on April 5. The target for this season is Rs 1,300 crore. Brand Vivo is the title sponsor of the league, as one of the co-presenting sponsors along with long-time partner Vodafone. Among associate sponsors, who are involved in the ad saga  are – CEAT Tyres and Vimal Pan Masala, who renewed contracts, and first timers Yamaha Motors, Parle Agro’s Frooti, Yes Bank and wire-maker Polycab. We can now wait watch for the brand messages to unfurl.

And then the capital city, witnessed an event where ‘timelessness’ made a strong point.  It was a vintage-land where a royal rendezvous was held in the open. Creating an old-world scenario was some select vintage, classic cars and motorcycles – as they immediately took us down memory lane. The seventh edition of the 21 Gun Salute Vintage Car Rally and Concours Show returned to the city on February 17 to 19. What was exceptional was that this year’s edition saw major participation from the US, France, Germany, Italy and UK.

Driving in the passion for ‘old-is-gold’, the heritage show was inaugurated at India Gate, with over 100 vintage cars on display – from the grand old Benz (1914) to Moon Motor Car’s last surviving model Tourer (1922). The vintage drive witnessed rare cars dating from pre-World War II era to the glorious 1960s. One of the very precious and exclusive vintage cars on display was a 1911 Silver Ghost from London. The seventh edition of the three-day rally had car enthusiasts from across the city and beyond, come together!

Again Delhiites turned up in hordes, sporting track pants and jogging shoes – at a loud and colourful affair on February 19 (Sunday) to take took part in the Max Bupa Walk for Health.

Health turned up as the ‘hero’, as the city of Delhi pledged to walk for good health. It was the 5th edition of the walk, which saw enthusiastic participation from different age groups, even including schoolchildren below the age of 10. The 5km and 2km walks kicked off after a session of zumba.  Even for those who are gym enthusiasts, it was emphasised that cardio exercises are as important and walking/jogging is the best way to stay fit. Just devote half an hour a day and anyone can reap the benefits in the long run. Participants also got a dose of a newly launched app — Chal Bajaa, aimed to popularise walking through its unique concept, which will play music as you walk.

So, this week, it is all about a passion for cricket, health and an old world charm.

Be the first to comment on "Engaging with cricket, health and an old world charm!"

Why is Corporate Communication vital?