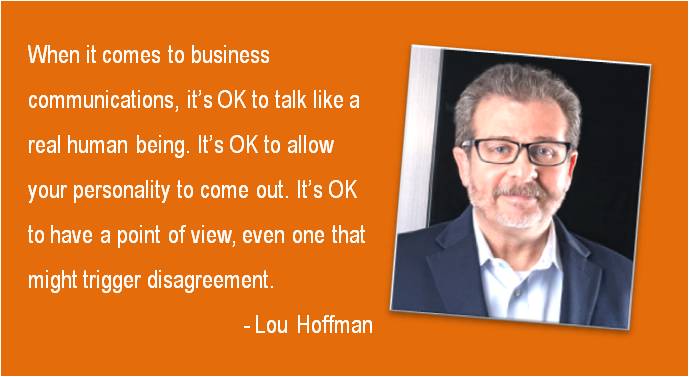 In spite of the man dominating public attention with the ferocity of a shark that spots a dangling leg, I believe the answer is no.

Before digging into the question, let me share a little about myself for context. I run a communications consultancy based in Silicon Valley with offices in Asia and Europe. I’d like to think that the time spent overseas has squeezed the “Americanitis” out of me — or least most of it — and shaped a global perspective that I’ll strive to share in this monthly column. Thank you Shalini Singh for the introduction and thank you Reputation Today for the opportunity.

Back to Mr. Trump and his impact on communications.

A politician or a company leveraging owned media to communicate directly to the target audience is not a new idea. When Google decided to withdraw from China and published a blog post with the no-frills headline, “A New Approach to China,” on January 12, 2010, it legitimised owned media for business communications. Owned media has been on the rise ever since.

Check out this passage from a USA Today op-ed:

“The White House is deep-freezing the news media because it can. It’s nothing new for administrations to try to control the narrative. But he’s the first president to serve in the Age of Twitter. With extensive use of its Whitehouse.gov website and its fluency on social media, the administration can get its message out on its own terms, bypassing the middlemen and women.”

Here’s the punchline: These words appeared back on April 4, 2013 and criticised President Obama for favoring owned media over journalists.

I suppose one could make the argument that Mr. Trump pioneered volume tweeting for a politician, but what have we learned and applied to the profession of communications? We already knew that when famous people call other famous people bad names, it gets attention. We already knew allowing time for one’s temper to subside increases the probability of saying something intelligent. I couldn’t find any nuggets of gold to glean from his use of owned media.

Turning our attention to Mr. Trump’s approach to the earned media, it’s worth rewinding the tape to the 12-month period leading up to the presidential election. According to data from mediaQuant, Trump received roughly $3.4 billion worth of earned media compared to $2.266 billion of earned media for Hillary Clinton. Yet keep in mind how he generated those column inches. His presidential campaign morphed into a reality TV show with viewers tuned in to the end for the potential meltdown. I’ve worked with a number of CEOs over my career and can’t think of one who would accept a guest spot on “Keeping Up with Kardashians.”

And since he won the election, there’s been an onslaught of communication debacles as he’s cycled through three communications directors in a little more than a year (Sean Spicer, Anthony Scaramucci and Sarah Huckabee Sanders). What we consider PR fundamentals, such as establishing the core message and crafting proof points in support of the core message, have been absent since Mr. Trump moved into the White House. As a result, we keep seeing the same cause–effect pattern. The media reports the hodgepodge narrative out of the White House, and Mr. Trump goes ballistic with a rant about fake news. If a corporate CEO behaved this way, the media would ignore the executive. Obviously, journalists can’t stop covering the President of the United States.

By now, you’ve figured out that I’m not a fan of Mr. Trump or his communication methods. Still, he offers one lesson that can be applied to the practice of communications. Trump is real, a trait typically not associated with politicians or for that matter executives. In other words, there is no difference between who he is as a person and what he says on a public stage.

Too often in their quest to appeal to everyone, companies gravitate toward vanilla behavior. They don’t want to provoke. They certainly don’t want to offend. And the PR function can actually be part of the problem, pummeling the executive to stick with the script. The end result is a sea of sameness.

When it comes to business communications, it’s OK to talk like a real human being. It’s OK to allow your personality to come out. It’s OK to have a point of view, even one that might trigger disagreement. You just don’t have to be obnoxious in doing it.

Circling back to the bigger question — has Donald Trump forever altered the public relations landscape? — the answer is no.

There is only one Donald Trump who can pull his communications levers.