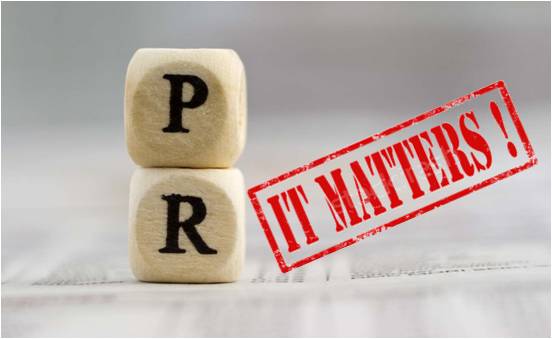 In the last four weeks I have had four experiences with four brands that are in the hospitality business where key Public Relations experiences have been thrown out of the window because senior management that was involved was not empowered to take decisions that have a bearing on the company’s reputation. I will share the four stories and what could have been the right way to handle this.

The Kebab Xpress experience… My wife and I were driving back home on a Sunday evening when a bike ran into the car damaging it in one corner. Our immediate attention was on the rider who suffered minor injuries. We rushed him to the nearest hospital for first aid and realised that he was riding without a license and was clearly in the wrong. He was a delivery boy for fast food company Kebab Xpress. His bosses who allowed him to ride decided to wash their hands off despite escalating it to the store manager. The right thing to do would have been to apologise and pay for the damages. They tried dodging us for a week until the time we managed to get in touch with HR and force them to shell out the expenses that insurance had not taken care of, which they finally did.

The Park hotel experience… My colleague Roshan and I landed in Bangalore on the night of 18th April for the Conclave, after having shared our credit card details to book a room at the prestigious hotel that morning. At the reception, we were told that they had made a mistake by not reserving a room for us and now they were sold out. They offered to put us at another hotel which was not to our liking. When we politely refused, and told them we would stay at a friend’s house, the least they could have offered us is a ride but did not care to. Even an apology on mail from the GM who was made aware of the incident has not come by. The following day we were checking to ensure all arrangements for our event were in place and were again in for a shock to realise the banquet manager had taken ill and there was no event handover done. This could have led to a disaster as the printing of the collateral that the hotel was coordinating was not done. Fortunately, with several events behind us we had a checklist in place that alerted us about this lapse and we were able to put a stitch in time to save nine.

The Vistara experience… I have come to respect this airline greatly but there are couple of areas that they need to fix to get a 9 on 10. A perfect score is easily a couple of years away. I had couple of vouchers thanks to the Axis Bank – Vistara credit card that I have. But booking them is painful because there is no way to do them online. The only way to book is by making a call. The contact numbers shared on the email with the voucher have changed and there has been no intimation. I have been calling the numbers provided and wasting precious time after which I resorted to Twitter, where help was quickly provided. But what does it take to ensure this service of booking is permitted online as well.

The Treebo experience… To keep operational costs low I often stay at an Oyo or Treebo. One such Treebo at Worli in Mumbai was a scary experience. The window of the room I was allotted is shared with the balcony of the adjacent room. I fortunately discovered this in the nick of time and ensured there were no peeping toms. I alerted the team via Twitter and they called me immediately which was impressive because I had not shared my number on Twitter. But a follow up call has not been received to inform me that the issue has been resolved.

These are four stories from April 2017. In each case there is a Public Relations opportunity that has been missed. I hope brands realise that it costs nothing to make amends. Just a strong will and genuine determination. I hope that other customers do not face what I have faced from these four brands.

To write…or not to write?

A reminder of ethics in Public Relations