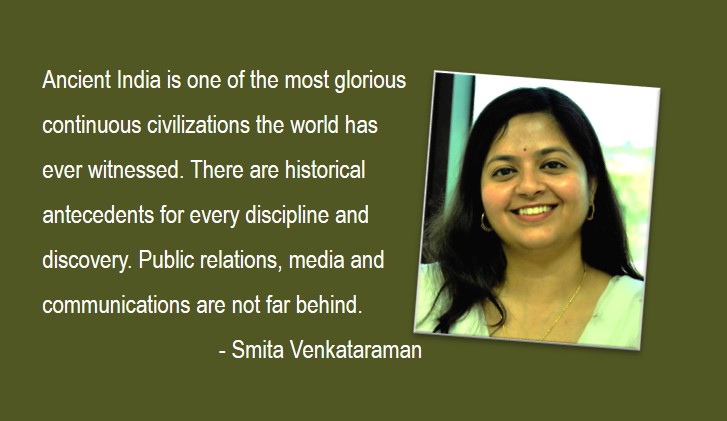 A glimpse of PR, Communications and Reputation Management from Ancient India

It was a cloudy evening as I peered up at the tall tower of an ancient temple. The streets were beginning to light up and I could see hundreds of little flickering oil lamps near the thousand-year-old shrine – giving the temple an ethereal, timeless feel. On one side was the crazy din of modern traffic while on the other side, was the calming surreal silence of a timeless world. And it was at this poetic juncture, that my friend pointed out that in ancient days, whenever an entire kingdom would need to be alerted, a lamp would be lit right at the top of the tower, so that everyone in the kingdom could spot it from afar and know that something significant had happened, or was about to happen. Apparently, there were different directions in which a lamp could be lit to inform whether the event was positive, adverse, a crisis about to befall or an alert before an impending invasion by another kingdom. And therefore, all construction of real estate in the kingdom was such that the temple tower was never hidden from public view, and it soared above everything else.

And that set me thinking. Ancient India is one of the most glorious continuous civilizations the world has ever witnessed. Be it physics, liberal arts, spirituality, medicine, mathematics, astrology, astronomy, engineering, architecture, chemistry, military strategy, education, governance, law or any other field, ancient India towered in her knowledge and practice. Historical antecedents are there for every new discipline and discovery. So, could PR, Media and Communications be far behind?

How did the kings of yore manage those massive empires? How did they create compelling ‘best kingdom’ cultures (like our best employer culture) to attract and retain top talent in their kingdoms? What were their social listening tools and how did they conduct sentiment analyses of their subjects to ensure policies and governance were aligned to their people’s needs? And most importantly, in the world of trade and commerce, what were their advertising strategies, media platforms and reputation management mantras that enabled them to become invincible brands?

As I researched the above questions through stories, legends, and academic observations, the answers seem to point unfailingly to three focal areas:

This was the X-Factor at the heart of all PR. Compelling story-telling that generated admiration and trust, and storytelling through multiple ‘high touch’ platforms – the village drummer, the scholars’ meet, the wandering minstrels, people’s council and traveling folk arts – all synchronized to story-tell about the achievements, valor, generosity, triumphs and roll out of new initiatives. Complement that with regular surveys of the kingdom by carefully selected courtiers across provinces – in the form of census checks, focus groups and open door policy to the king’s very court – and the impact was painstakingly assessed to ensure that reputation and brand were intact, and nurtured to the next level.

The concept of VUCA or ‘Volatile, Uncertain, Chaotic and Ambiguous’ found ample expression in ancient times when invasions, espionage and political upheavals were often a way of life. And yet, amidst all the kingdom grabbing, conquests and mergers, communication practices were built effortlessly for scale – content was kept simple – stripped to its bare essence to ensure there was no tampering. Content was localised to ensure it struck a strong emotional chord among regional subjects in a highly diverse kingdom or empire. And platforms were myriad –  pigeon post, ambassador positions, messengers on horseback (and sometimes rider-less horses to confuse spies), lights on temple towers, drummers drumming secret codes to the next village for information cascade, messages spun into songs and street theater for rapid relay, use of influencers to rally popular opinion, and establishing symbols (such as installation of statues, large scale charity events and sponsorships of festive occasions) to build goodwill, create pride of association, foster networks and embed camaraderie.

I find that in different ways, a lot of what we see in the world of communications today existed in ancient India in a rich avtar. A traveler, historian or a scholar (a.k.a. critic/reviewer/thought leader in modern parlance) visiting a new kingdom would often be taken to beautiful palaces, academic institutions, gardens with fountains and places of worship where he would see the achievements and legacy of the kingdom painted or carved for posterity on the walls and halls (a great way to spread the message visually and linguistically). Scholarly texts and rustic folklore celebrated the pride of the brand – the kingdom, and its leadership. Market places thrived on trust, word of mouth advertising and direct consumer experience where the seller put his/her reputation first – reputation after all was the most valuable and most respected asset – money, title and power came a distant second. Sampling of goods and services were rampant on a ‘no-obligation pilot’ basis, for it also helped the enterprise understand the true needs and wants of its customers. And the ultimate in social listening was when the king or emperor himself traveled in disguise across his kingdom with trusted courtiers to meet his subjects and to see if the brand promises he made were being effectively delivered.

Yes, speed and efficiency has increased significantly due to the digital world we live in. But it has also led to a feeling of clutter. As *Bryan Evans very succinctly puts it

“Perhaps the ability to strum the chords of human emotion through words and execution has gotten lost in the tombs of digital technology.”

Today we have powerful tools for social listening, omni-channel posting, media selection and monitoring, brand audits, custom messaging and advertising, sentiment analyses, target segmentation strategy, content generation etc. While these have transformed the way we do PR and communications, we must ensure we keep re-calibrating our focus through: persuasive story-telling, simplicity for scale, and building reputation through trust.

For at the heart of it all, the essence remains the same –  deep respect for the consumer and gracefully persuading him to like us – for who we are and what we stand for.

Notes:
* ‘5 Ancient Public Relations Secrets’ – an article by Bryan Evans, as published in PR Daily, and Entrepreneur.com – May 28, 2015 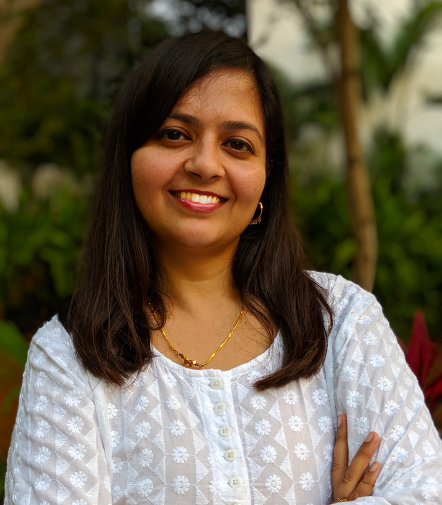 Smita Venkataraman is a social entrepreneur in the field of heritage arts and education. With over 20 years of award winning career experience in HR and Corporate Communications, Smita has worked in senior leadership roles across several prestigious global organisations.

Certified in digital marketing and business management, she is an alumna of IIM Bangalore and Columbia Business School, and a published author.
SHARE TWEET PIN SHARE

Be the first to comment on "The King and I"

In Conversation with N Ravi Shankar