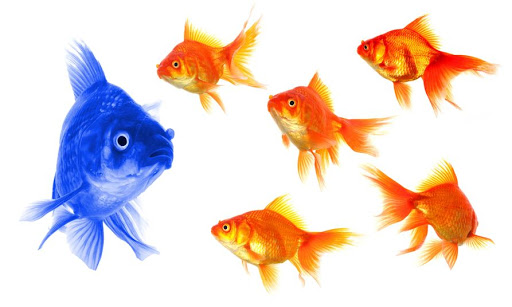 The sun glinted off the wings of my aircraft.

I love window seats when landing at an airport on the sea, and the flight to Kochi was one such.

Those days, the approach into Kochi airport was nothing short of spectacular.

I was in the midst of my induction with the new business group I had recently joined, and the trip to Kerala was to be able to meet officials of the group company with major interests in tea and rubber.

In Kochi, I was put up at the fabulous guest house the company had.

Better than the guest house was the culinary ability of the chef.

He used to magically produce food (whose names I still cannot pronounce, but which were divine on the palate). And among the many meats, and curries that I sampled, the highlight was the fried Karimeen. 🙂

To the uninitiated, The Karimeen is a fish unique to Kerala, and not dissimilar to the famous ‘Ilish’ of Bengal.

Both had copious quantities of bones and could be eaten properly only if you were a native.

But our wonderful chef, had ensured that the fried Karimeen he served me was a filet…no bones. He refused to reveal either the recipe, or how he had deboned the fish.

Seventh heaven in Kochi for 3 days, quickly gave way to the 4th day, when my adventure began.

The destination: Mooply Rubber plantation, and then Munnar.

What struck me during the drive was the huge population density in Kerala. One village blended into the next town, then another village, and another town…and so it went on, with no place to make even a ‘pit stop’.

A few hours later, we turned off the highway, and onto a small road passing through dense forests. A 40 km drive through these forests, and we reached our destination: the rubber plantation called Mooply.

That’s where I met Cari – the plantation manager, and his wife Rekha – who redefined hospitality for me. Their abode was a HUGE bungalow from the British era and had 20 bedrooms!

Over a sumptuous repast, Cari explained to me that the two of them were the only inhabitants of the house.

I would be the third, and that too, for two nights only.

This was the first time that I was coming into contact with ‘loneliness’, when Rekha said that the only outing they had was a weekly get together with other planters at a club all of 50 kms away from their house.

After a very comfortable night, Cari took me to the rubber plantation the next day. The man’s knowledge was amazing. He knew every tree, including the year it had been planted. What was more wondrous was that Cari had names for all the trees he had planted!

As we were walking around, we came to a clearing where we saw a demonstration of sorts taking place.

This had been organised by one of the labor unions, and as Cari explained, he had to contend with 14 of them.

Those days, and even today, Kerala has two major coalitions of political parties – the LDF (the Left dominated group) and the UDF (the centrists), and each coalition had approx. 6-7 individual parties, each with their individual unions. So effectively, Kari had to deal with 14 unions and their leaders and get them aligned to the common cause!

During the course of our walk, Cari mentioned the time, union unrest was at it’s peak, and how bombs had been thrown at his house. Thankfully no one was injured. But Rekha was scared. Cari was not.

He spent the next two days as though nothing had happened. No police were called. Instead, Cari invited each union leader for discussions across the table. And, over the next two days, peace reigned once again. I was quite taken aback and asked Cari how he had achieved what he did.

He smiled and said, ‘I just listened to their demands. They all needed an outlet, and I let them vent. That’s all. Plus, I respected their individuality by calling them by their name.’

Needless to say, this left a very lasting impression on me. It also took my mind back to the fabulous Karimeen, and how deboning it had imparted a new flavor.

Two wonderful days with Cari and Rekha, and I was off again. I have never met them since, but what I learned from them has stayed with me.

Thank you, Cari. And Rekha.

Be the first to comment on "Karimeen. Cari. And Rekha"

Vedanta crisis shows its corporate warts, and boosts the case for community relations