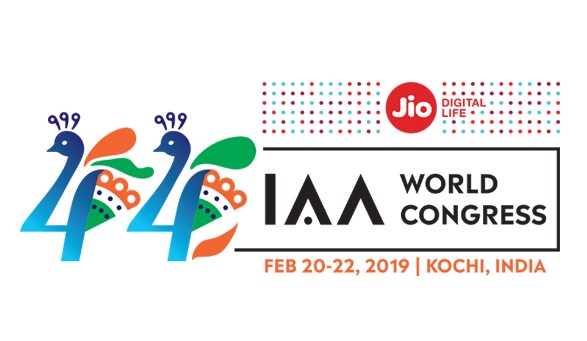 The 44th edition of the world congress of the International Advertising Association took place in Kochi last week. It was the first time that the India chapter was hosting this event. I was present for all the three days to learn new things about the world of marketing communications. It was a wonderful experience to see media owners come together and spend crores of rupees to put up a spectacular show. Here are some of my learnings from this mega conference.

Any conference is made up of four things – Content, Sponsors, Delegates and the Production quality. This had mostly great speakers, very generous sponsors, a huge number of delegates and fairly good production quality. Despite that there were few things lacking. I write these so that organisers of such international conferences can avoid such pitfalls in the future to showcase India as more diverse, inclusive, professional and thorough.

There were other minor issues as well. But I will stop at these three and now focus on the two best talks on each of the three days. One can still go to Twitter and check hashtag #iaaworldcongress to learn more from the tweets.

On Day 1 while Amitabh Bachchan was the star speaker his address was too long and did not connect with many in the audience beyond a point. Mukesh Ambani, who was slated to speak did not show up. However, the two sessions that stood out for me both for the simplicity and the style of the presenter were the ones by D Shivakumar on Brand Trust in the Digital World and the fire-side chat with Martin Sorrell.

On Day 2 I managed to use sometime during the lunch break to check out the works of art at the Kochi Biennale but the day at the conference was better than the first. Paul Polman’s talk on Shaping Society through Responsible Business and Jacques Seguela talking on Tech without Affect is the death of Advertising were the two sessions that stood out for me. Shashi Tharoor made a very well-prepared speech at dinner.

On Day 3 Robot Sophia was on display but the highlights were the talk on the Art of Making Choices by Sheena Iyengar and the penultimate session which was a fireside chat with Andre Agassi.

The next edition will be hosted in Russia. I hope to see new blood with diversity hosting one more in India in the future.

How important is it to learn the basics of PR for absolute starters?

A breath of fresh air