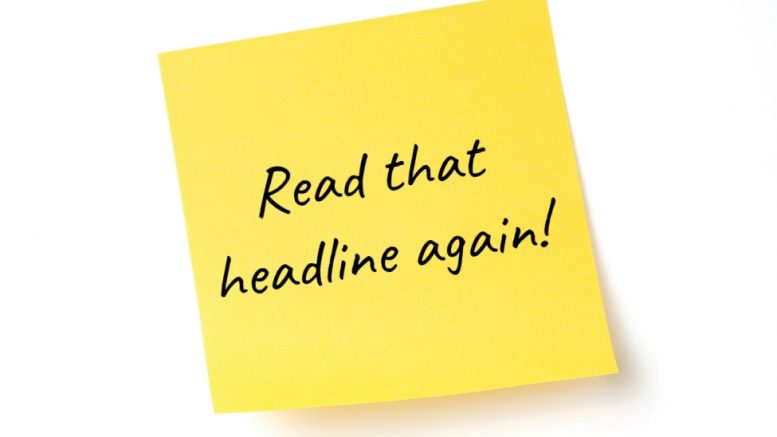 Don’t they say “The road to hell is paved with good intentions”? I thought of that old proverb last week after The Times of India got into social media trouble for a headline that on a sunny day should have meant well. The purpose of a headline is ordinarily intended to convey more than the facts. Seasoned editors would say the headline is a “show window” that should attract readers or at least save their time by saying the item in question may not be of relevance to them. However, when a headline or caption is written in a manner that conveys a  meaning different from the one that was intended, we have trouble.

TOI carried news of a Lion Air crash in Indonesia with the headline that said: “189 feared dead as plane flown by Indian crashes into Java Sea“.  Though the headline is still there on the Web as I write this there is also an updated story with the headline: “Indonesia plane crash: India’s Bhavye Suneja was captain of  Lion Air plane that crashed with 189 on board.”

I have reasons to believe from experience that what the TOI editors wanted to do was to answer a famous newsroom question: “So what?”.  At Reuters, we were told to write intros and headlines that would implicitly answer a silent question from the reader: “Why should I care about this story?”  When done without application of mind,  headlines that answer this question can be associated with “sensationalisation” or “insensitivity”.

The book, ‘Eats, Shoots and Leaves‘ was intended to help Grammar Nazis with zero-tolerance for wrong punctuations. The TOI episode shows you need more than that to write good headlines. Technically, the paper’s headline was factually correct, but there is more to journalism on the fact or grammar.

The intent of the headline, I am sure, was to draw attention to Indian readers on the local relevance of the Indonesian crash. Pilot Bhavye Suneja actually later became a human interest story in the local press. TOI was actually on the right track but for what might be accurately termed as a social syntax error!

The best course in such situations is always for a headline to be read by more than one person in the newsroom. Often, a language expert may not be a social expert. We are still a while away from using a virtual assistant for headline checks (Alexa, tell me if Indians would mind this headline!)

I have my own long checklist of factors to be considered while writing or putting out a headline and yet I know this is a slippery slope. Surprising as it might seem, even a 50-character headline could do with some teamwork.

Be the first to comment on "Mind that headline! TOI’s goof-up holds lessons to avoid unintended insensitivity"