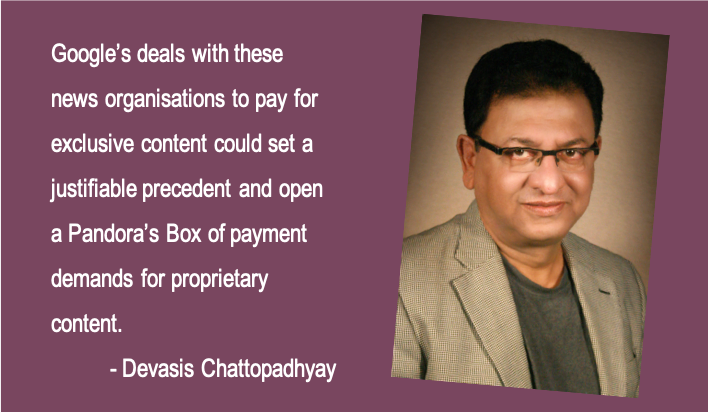 The recent deal between the Rupert Murdoch held News Corp, owners of The Wall Street Journal in the US to The Times in the UK, Sky News in Australia as well as 30 other publications, and the tech giant Google Inc. has proved it once again. The tech giant has reached an agreement with the News Corp to pay for the digital distribution of the publishing company’s news articles. Through this landmark deal, Google and other technology giants will have to start to compensate print and electronic media publishers for the use of their journalism.

Over the past years, Google and Facebook have freely distributed, without paying any royalty, news stories created and generated by newspapers, magazines and television worldwide despite a steep decline of income in the publishing industry, which has been ravaged by a loss of advertising revenue that instead have gone to Google, Facebook and other online sites. News moghul Murdoch has long believed that Google and other tech platforms were unfairly profiting from the work of professional journalists and news media publishers. The deal comes after years of public feuding between Rupert Murdoch and Google Inc., most recently in Australia. Google has also initiated efforts to secure deals with other major publishers in the U.K., Germany, Brazil and Argentina for distribution of news against payment.

Google’s deals with these news organisations to pay for exclusive content could set a justifiable precedent and open a Pandora’s Box of payment demands for proprietary content. This has the potential to change the dynamics of the Internet business models as well as the revenue models of the traditional news-media organisations.

This is a good initiative. It will end plagiarising – the use of proprietary content without the consent of or payment to the original news provider on the internet, which is currently rampant by the tech companies as well as individuals or organisations using the tech media’s platforms. This deal will also bring the focus back on the sale of personal data by social media companies. Remember the Cambridge Analytica controversy which had plagued Facebook. Further, it would help check the promotion of fake or altered news.

Whether text, video, animation, graphics or simply sound – news content is a huge business today. More so when the internet becoming a mainstay or pivot over print or traditional electronic media as the distribution channel. And, the aforesaid deal has the potential to completely change the dynamics of international web-based information sharing and payment systems.

Here are some of the possible interesting fallouts from this deal:

And, here are other implications:

The other pain point on the horizon is in the form of the US Justice Department, which, in October last year sued Google for violating antitrust laws. The department had filed a complaint against Google to restore competition in search advertising market. This might force Google to abandon unlawfully maintaining monopoly through anticompetitive and exclusionary practices in the search and search advertising markets, and to remedy the competitive harms with the possibility of more search engines coming in to the fray.

Google has already done a deal in Europe, with reference to the ‘Right to be Forgotten’, though it has escaped a bigger fallout by maintaining that such links -that want permanent deletion – would not be visible in Europe, but would be available elsewhere. As far as China goes, Google has really not been able to make a dent in what could have been the world’s largest market.

In future, there could be no more ‘free lunch’ and posting of IPR content as per someone’s whims and fancies, especially by the individuals.

For communications and PR professionals, this is an interesting discussion to have.

*While writing the article the author has consulted the press announcement of the deal and certain analyses made by a few legal & consultancy firms. 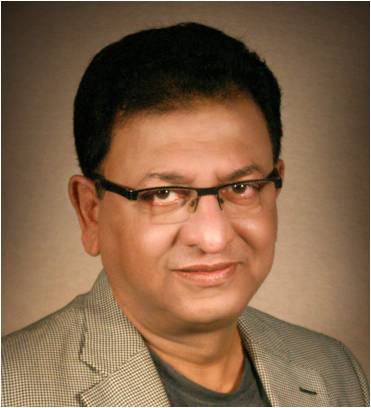 Be the first to comment on "News Corp and Google deal: What it means for companies and social media"

Building a PR career in the gig economy