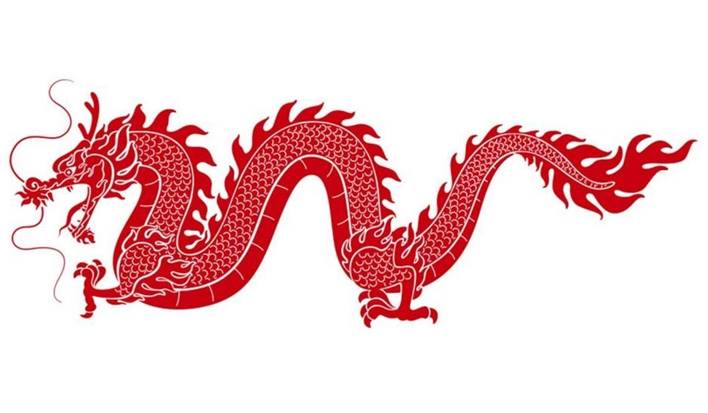 The IT services company I worked for had offices in over 40 countries.

There was in this list, one country which was different.

China. The land of the Red Dragon.

Because this was one of the few countries where we had started the process of hiring local talent.

This was done in the city of Hangzhou, a major delivery center for us and also one designed to cater to the Chinese market.

Hangzhou was also known as the honeymoon capital of China and had more tourist arrivals in those days than all of India put together.

It was to Hangzhou that I travelled one winter. I was the advance party, to be followed by the company CEO and the Group Chairman.

The route took me from Mumbai to Hong Kong and then Beijing. And onwards to Hangzhou.

On the flight from Beijing to Hangzhou, I noticed something hilarious.

Till the flight took off almost all the Chinese kept speaking on their cell phones, in spite of repeated reminders to shut them off. No one listened, and the chatter went on incessantly.\

Suddenly there was silence for a few minutes. But before I had the chance to figure out why conversation had stopped, another sound took over.

The sound of ‘slurping’.

You see, noodle meals had been served and every Chinese was eating…rather, slurping the meal from the food trays.

In the middle of the slurping, there was another sound…of me laughing loudly. A few Chinese looked around to wonder what the cause of this mirth was. They may have come to the conclusion that Indians must be crazyJ.

Hangzhou was breathtakingly beautiful. I had a day before all the dignitaries arrived and one of our Chinese colleagues took me around the city.

The appointed day arrived. So did the flight, bearing my CEO and the Group Chairman.

On reaching our centre, they were welcomed and met by Rita and Jenny – two of the local Chinese girls we had recruited, as well as a host of other people.

Centre visit over, it was time to visit the Mayor. Those day, mayors of Chinese cities were uncrowned kings and their word was law.

I then witnessed a unique ceremony of the two Tai Pans (I don’t know the Chinese words) greeting and honoring each other.

After the ceremony, the Mayor invited us all for dinner later that evening at his lakeside glass palace.

Shortly thereafter, the Group Chairman called for a meeting with 5 of us who were to accompany him for dinner.

“How many of you are vegetarians”, he asked?

All hands went up, excepting mine. The Chairman then said, “We are guests of the mayor. We must tell his office that 4 of us are vegetarians, with Atul and me being the non- vegetarians. Protocol demands it.”

He then looked at me and said, “Atul, since we are non- vegetarians, we have to eat anything that is served to us. No excuses, irrespective of what it may be. We have to respect their food and culture”.

I nodded, silently wondering what the ‘delicacies’ could be. Just prayed that there would be no snake (a Chinese delicacy)J.

The Glass Palace of the Mayor, located on the banks of the beautiful Westlake, was just awesome. It was a cold, misty evening, and it made the setting look surreal.

Dinner was served at a round table, seating 20. There were 6 of us and 14 Chinese. Each place had a glass of wine on the left, and a glass of beer on the right. The meal itself was close to 14 courses, with soup being the 4th.

But it was the second course for the non – vegetarians, which has a strange look to it. The Chairman looked at me and nodded imperceptibly. I ate it. It was fried duck’s feetJ. Tasted delicious.

One more thing stood out during that meal. After each course, the Chinese around the table finished their glass of wine, or beer. By the end of the 7th course, many of them were looking a little red faced and ‘happy’.

I really do not know what I ate that evening apart from the duck’s feet, but everything was delicious. The Chairman gave me a nod of approval, and a broad smile.

Post dinner, we went on the Mayor’s launch for a tour of the Westlake. It was ethereal. And so very beautiful.

The next few days passed by in a blur and it was time to leave Hangzhou.

There were hundreds of people who we had met, whose names, I frankly did not remember. There was a lot of handshakes, and group photographs.

Suddenly the Chairman asked, “Where are Rita and Jenny? I want to take a photograph with them.”

Both the girls who had welcomed the Chairman were brought there. I swear I could see tears in their eyes. They had not expected the Chairman to remember their names. He saw them, smiled, and gave each a hug before taking photographs with them.

I, too, was overwhelmed. Here was the Chairman of India’s biggest business group remembering the names of two of the employees he had met 5 days ago.

I learnt the importance of humility and referring to people by their names from him.

This humility and simplicity were deeply ingrained in the Group’s DNA, and I was so happy to be a part of it.

2 Comments on "Of noodles, duck feet and culture"

Importance of effective communication in the healthcare sector post COVID-19