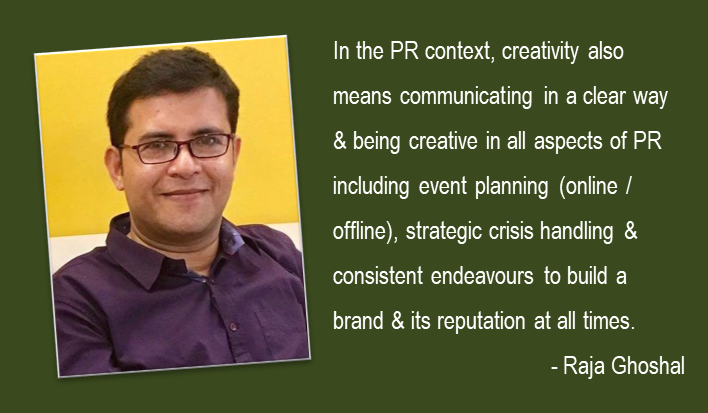 The pandemic and its unsparing waves which have unleashed untold miseries on mankind and unprecedented challenges to industry has ironically given a boost to the need and relevance of creativity in Public Relations and Corporate Communications.

In the Indian context you don’t have to go far, maybe just to your television set or laptop to see a surfeit of communications filtered through the COVID-19 prism. The traditional advertising for selling is giving way to a so called PR led communication to connect with the consumers and stakeholders in a subtle albeit clear objective to continue to stay relevant in a new normal world.

A Pharma major’s TV communication which paid a wonderful tribute to the frontline healthcare workers was neither trying to sell its medicines or promote a brand and yet it may end up doing a lot of that. That’s the magic of a thought through creativity led image building campaign. The google campaign which positioned itself as a tool to help you gather valuable information pertaining to COVID and vaccine did a classic case of reinforcing relevance in a changed world.

But there’s more to it. As brands are rightfully hesitating to go for overt selling, communication is increasingly focusing on making people feel at home (often literally) in the new normal. Add to it the fact that while at home, media consumption- including online media is rising. However, the ad moolah is being difficult to garner. The crunch in the ad industry spells dynamic opportunities for communicators to fill an increasing content void. Also while ad spends declined everywhere, digital media grew, giving an impetus to authentic content creators, influencers and micro influencers. The opportunity to the PR professionals is amply clear in such a scenario.

The point to note is that when it is more about purpose than profit then the seasoned PR professional has his role cut out. Demand is growing steadily for creative solutions that sensitively address all stakeholders, that are low on cost, can be delivered quickly and have a substantial hold on non-paid media. Doesn’t that sound much like ‘all in a day’s work’ for the PR professional?

Perhaps the Pandemic times has made creativity more necessary than ever but not as an end in itself but as a means to an end where it goes with the right positioning and more importantly intention. Also it is important to state that creativity in terms of PR extends beyond a well worded/well scripted communication piece for print/audio-visual or digital media. It must be able to think out of the box in offering solutions –whether they are material or emotional. It must tell stories that keep the audience engaged and involved while being abler to make the brand a part of their life.

However creativity is not confined to collaterals – their content, design and production alone, though that too. In the PR context, creativity also means being able to communicate in a clear way and being creative in all aspects of PR including the planning of an event (online or offline), handling a crisis in a strategic way and consistent endeavours to build a brand and its reputation at all times.

As for those brands and companies who are actually reaching out and opening up their coffers to help humanity whether within the ambit of CSR or outside of it –their acts of benevolence speaks louder than any campaign or Communication. It is perfectly alright to make such endeavours known to the world, as it often inspires others to do so. But of course even in such communications creativity is all about striking the right balance so that it doesn’t sound pompous or seem that it has been done primarily for publicity.

Indeed, the clear ‘opportunity in a crisis’ for the PR profession is to steer brand creativity rather than acting in a supporting role to do so. Moreover there is a lot of scope for those creativity led PR consultancies or in-house teams who are comfortable to work and play in between the traditional demarcations of Advertising and PR. 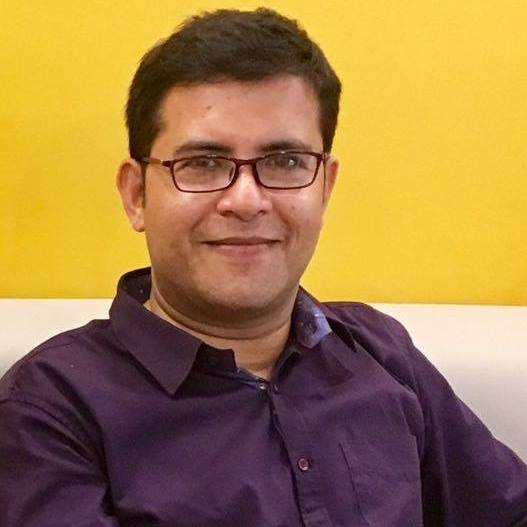 An experience will teach you things that words cannot

Impacting societies in a meaningful way